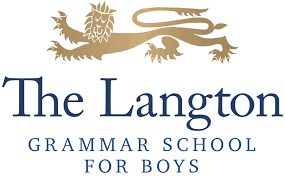 On the 18th October, Professor Alison Findlay ran a workshop with Year 13 Literature and Theatre Studies students, organised by Dr Elizabeth Askey. We considered the ways Love’s Victory connects to Hamlet, with special attention to relationships of love and friendship.

We began by reading and discussing the opening scene of Love’s Victory which introduces Venus, the goddess of love, complaining to her son Cupid: ‘Cupid methinks we have too long been still / And that these people grow to scorn our will’

We compared Shakespeare’s (paternal) and Wroth’s (maternal) dramatizations of supernatural figures, considering in particular how the ghost in Hamlet appears from underneath the stage (the area associated with Hell and the underworld), while the upper levels of the theatre represent the the Heavens, the middle with the earth and the understage level with hell suggested by the De Witt drawing of the Swan Theatre (1596) the only extant contemporary picture of the inside of a commercial theatre. 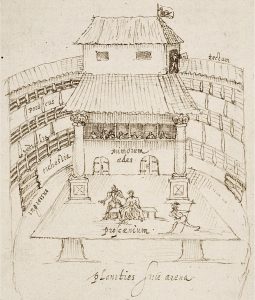 Using that image as a starting point, students then discussed how Venus and Cupid might have been staged in a non-commercial theatre like the Baron’s Hall at Penshurst Place, Wroth’s family home. Students then watched a clip of the opening scene from the filmed performance 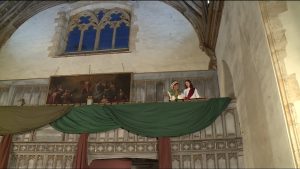 Lizi Watson (17) remarked ‘I really liked the setting of Cupid and Aphrodite [Venus] being higher than the ‘mortals’ and would be interested to see how it works in real life, especially the staging of the movement of Cupid and his development.’

Holly Smith (18) noted that the minstrel’s gallery at Penshurst had some drawbacks in restricting movement though:

‘My favourite part was workshopping the scene with Venus and Cupid, as I was able to think about the ways I would direct it. The text was effective in providing us with a clear context to the events of the play, and the relationship between mother and son, which I did not previously know about. I think I would stage the scene differently, exploring Venus’ disgust towards the mortals not worshipping her, and try to incorporate levels and status more, which at Penshurst Place was not possible. I think Love’s Victory has helped me to put Hamlet into context, especially with the scenes including the Ghost, as I had previously struggled to understand the scenes – that the Ghost could potentially be a symbol for Hamlet’s desires and what he wants to hear to settle his melancholy mind.’

Bonds of Love and Friendship in Love’s Victory and Hamlet

We considered early modern ideas of love and friendship based on classical models of the friend as another self: “Amicus alter ipse”. Patrick Lyle-Condon read out an extract from Cicero’s Laelius De Amiticia (44BC) trans. John Harrington, (London, 1550).

First who can be…livyng in this lyfe, that liueth not in mutual loue with some freend? What sweeter thyng can there be, than to haue one, with whom thou darest so bold|ly talke all mattiers, as with thine owne selfe: how shoulde the profit of welfare, and prosperitee be so great, if you had not some, which should reioise so muche therat as your  self?

The close relationship Hamlet claims with Horatio, whom he vows to wear ‘In my heart’s core, ay in my heart of heart’ (3.1.65) seems to draw on this model as we discussed. Hamlet greets his other university friends Rosencrantz and Guildernstern with great warmth too, though they become painfully estranged when Claudius recruits them to spy on Hamlet.

I think the relationship between Horatio and Hamlet is the strongest in the play, and it could be argued that their friendship provides an exemplar for the following literature which displays such friendships (Holly Smith)

We then used a quotation from Alan Bray’s The Friend (Chicago: University of Chicago Press, 2003) as a way to approach relationships of love and friendship between men and between women in Love’s Victory

‘The word “love” in this society could comprehend as easily the public relation of friends as the more private meaning we give the word today, but wherever on that wide spectrum the gift of a friend’s body might lie, it gestured toward a place of comforting safety in an insecure world. (p.158)

In Hamlet the female characters, Gertrude and Ophelia, are largely isolated from each other, in comparison. We asked how depictions of same sex relationships differed in Wroth’s female-authored play Love’s Victory by reading sections of a scene in which four shepherdess characters meet in an all female group to talk about their experiences of love. To what extent is friendship a ‘place of comforting safety in an insecure world’?

In this extract, the characters Climeana and Simeana, who are rivals for the love of the shepherd Lissius, argue and the readers discuss whether the all-girls’ scene is true to life now.

How, by contrast, does Wroth write and stage relationships between men? We read a scene between the shepherds Philisses and his best friend Lissius, whose love has been torn by Philisses’ belief that the shepherdess he loves, Musella, love Lissius. The scene begins with Lissius asking what is wrong

Lissius: O, plainly deal with me, my love hath been
Still firm to you; then let us not begin
To seem as strangers; if I have wronged you, speak,
And I’ll forgiveness ask; else, do not break
That band of friendship of our long-held love.
Which did these plains to admiration move.
Philisses. I cannot change, but love thee ever will,
For no cross shall my first affection kill.  [Make this single spaced]

Patrick Lyle-Condon (17) commented ‘It’s made me consider the relationships in Hamlet differently and see them not only in a historical context but also as referenced against modern friendships, especially male ones’.

‘I believe it [the scene] presents a free, organic relationship commonly seen in today’s society…. The was that male characters mentioned their “love” to each other prompts one to question how the concept of love has changed since the production’ Noah Radcliffe-Adams (17)

Maggie Baxter (17) commented astutely on the cost of this friendship (the scene ends with Philisses promising to give his sister to Lissius):

Conclusions: ‘Reading drama from a female playwright, drawing comparisons between Love’s Victory and Hamlet was useful in the analysis of same sex friendships. Love’s Victory has brought more focus on the nature and importance of friendship (Horatio and Hamlet, Rosencrantz and Guildernstern). Love – the merging of identity and links between the sex drive and death drive. The nature of parent and child relationships with reference to Freudian concepts of desire.’ (Maggie Baxter)