‘Then shall we have again our ancient glory

Love’s Victory was successfully staged in Baron’s Hall, Penshurst Place, the family home of the author, in a coterie performance, designed to recreate a mixture of masque and household theatre. The actors sat at the high table on the dais or raised platform at the end of Baron’s Hall throughout the performance, occupying the positions of prominent members of the Sidney-Herbert household, and stood up to perform as characters in Wroth’s drama.

Members of the wider audience sat at banqueting tables around Baron’s Hall consuming early modern banquet sweetmeats at Penshurst Place. This culminated with marchpanes on each table, the family’s high table marchpane featuring the cipher on the title page of the Penshurst Manuscript of Love’s Victory, which entwines the initials of Wroth’s fictional characters and those of the Sidney and Herbert families. Here is a copy of the Love’s Victory Programme with full details of the cast, the creative team and information about the venue and the author. If you were present at the performance, please comment on how you felt the production worked by completing the form below.

Comments on the performance

Don E. Wayne (University of California San Diego)
Message: I thought the performance of Love’s Victory was splendid.  While the mythic and allegorical elements of the play require some prior knowledge on the audience’s part, there is a human dimension to both the play as written by Mary Wroth and as interpreted by Editor of the text, Producer and Dramaturg for the Penshurst performance, Alison Findlay, and by Director Emma Rucastle, and by the excellent actors and musicians, a human element that as performed was intellectually and emotionally powerful and exhilarating.  I appreciated the subtle and semi-Brechtian approach to the production, which the director and actors discussed the next day with the conferees. 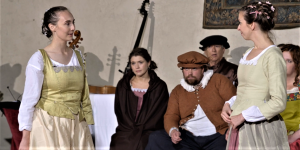 The production was admirable in how it engaged with the actual location of a storied Great Hall where in the 17th century Mary Wroth herself would have witnessed such entertainments, and how the actors engaged with the audience of 21st-century scholars and others who were fortunate to be present at this wonderful performance.

Alison Sorbie (Queens University, Montreal) ‘This was a marvellous production by an extremely talented troupe of actors, who seemed to enjoy performing together as an ensemble. I would single out particularly the characters of Musella and Simeana especially as excelling in the musicality their voices and expression, but also Silvesta, Phillises and Lissius for their convincing interpretations of character. It was really a pleasure to experience the performance in the Baron’s Hall at Penshurst, the most appropriate place. The period music was the ideal accompaniment and was woven into the drama with such sympathy that it perfectly complimented the evening as a whole.’ Alison Sorbie (Queens University, Montreal)

Karen Nelson (University of Maryland)  ‘I thought the performance worked brilliantly. It was better than a dream come true to see it performed at Penshurst.
The concept, to set it as a coterie performance and have the actors at a table across a raised platform, worked very well… the ensemble was amazing, and every individual brought an enlightening perspective on the play. 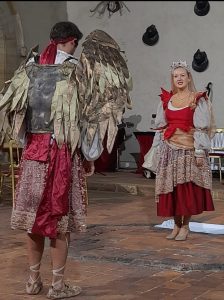 Venus (Francesca Swarbrick) and Cupid/Arcas (Miles Kinsley) did a compelling job of serving as catalysts for the action; their interludes operated very effectively, and the double-casting of Cupid and Arcas, along with Kunle Adenrian as Lacon/Priest and Isabella Williams as Fillis/Priest was an inspired interpretative move.

All of the lovers made their characters engaging and much more readily distinguishable than they are on the page. Imogen Greenwood as Simeana, Sammi Searle as Dalina, and Maggie Wignall as Musella, along with Isabella Williams as Fillis and Jessica Porter as Silvesta, provided excellent individuation of the characters in ways I couldn’t have imagined was possible. 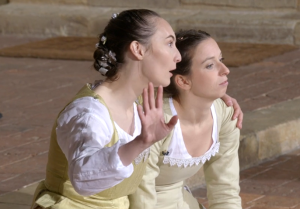 I appreciated, too, their comments in the discussion the next day about how this play, and these characters, performed women’s friendship and a mutuality and support that one doesn’t see in much drama of the period; they broadcast that camaraderie came throughout the production. Cal Chapman as Philisses,

Matthew Christmas as Lissius, and Adam Perrott as Rustic, too, made those characters more distinctive and more compelling than they are 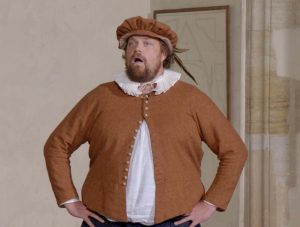 when one reads the play. I was especially grateful for the ways that the production underlined the familial relationships, friendships, and enmities at work between members of the cast. 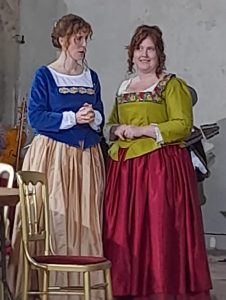 The singing and musical interpretation were top notch and contributed enormously to the performance overall. 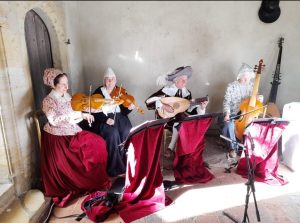 The musical team and the whole cast–really made this production a stand-out.  Emma Rucastle’s direction was brilliant- –even the games worked fairly well…  Rucastle’s ability to envision this production is truly noteworthy. (Karen Nelson, University of Maryland)

Martina Kastnerová  (University of West Bohemia): Imaginatively, ingeniously staged with a great synthesis of words and music, therefore impressive and moving for a spectator as an academician as well as a person. 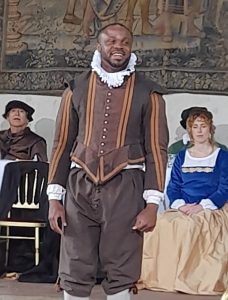 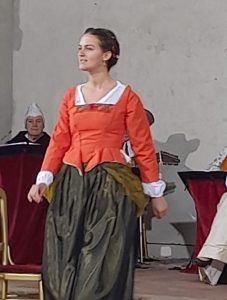 Excellently acted by all of protagonists, even in “minor” roles, everyone searching for their “love´s victory”.

Rehearsals leading up to the performance

The first three days of rehearsal of Love’s Victory, funded by the Arts and Humanities Research Council and Lancaster University, with director Emma Rucastle, are pictured below. 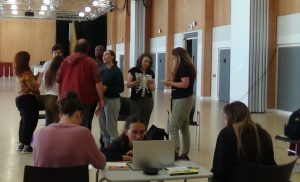 with fabulous creative work from the company e.g. make a ‘happiness machine with moving parts’ or snapshots of key plot moments in Love’s Victory: 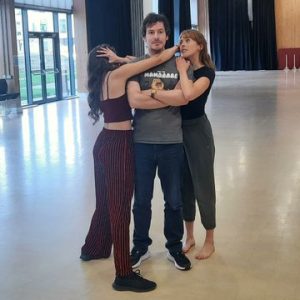 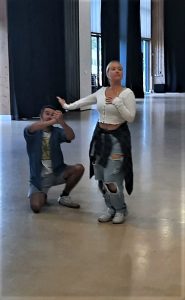 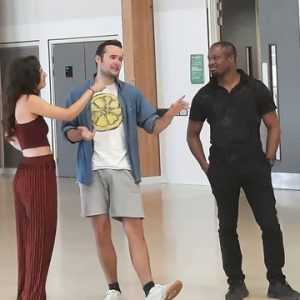 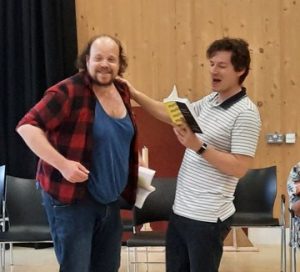 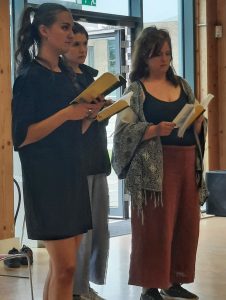 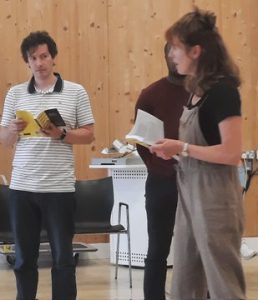 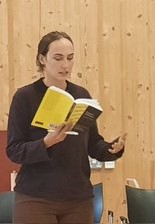