121 Lancastrians died in April and May 1915, mainly at the Second Battle of Ypres. 90 of them served with the 1st/5th King’s Own Royal Lancaster Regiment. The map below shows the addresses of those killed in this period, the phases are given in our page about Second Ypres. 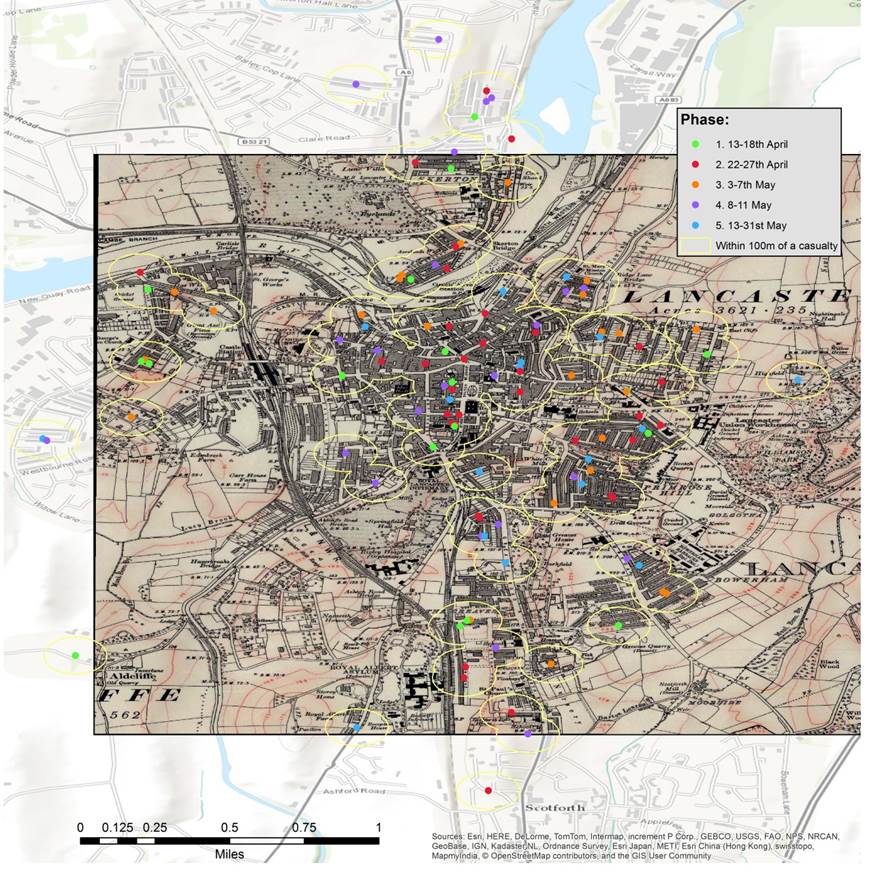 John Nash of 52 Pinfold Lane, one of the first casualties, was killed on the 13th April when the 1st/5th first arrived in the trenches near Polygon Wood. Two of his brothers-in-law were also killed with the 1st/5th. John Huartson, 14 Albion Street, had been killed by a train in 1914 before the 1st/5th left England, while Richard Huartson of 12 Gregson Road was one of the casualties of the counter-attack on the 23rd  April. 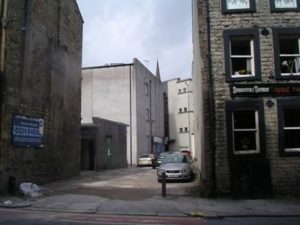 Matthew Farrell and Harry Grice were both 16. Matthew lived at 6 Little John Street, an alley by what is now the Stonewell pub (shown today in tyhe photograph).He was killed on the 14th April near Polygon Wood. Harry Grice was killed on the 27th April, probably one of the many victims of the shelling that day. He lived at 20 Railway Street and his parents were at 7 Ripley Street. They were the youngest Lancastrians to die in the War.

Fred Carr of 24 Alfred Street was killed with the 2nd Battalion King’s Own on the 22nd April. He had six children. 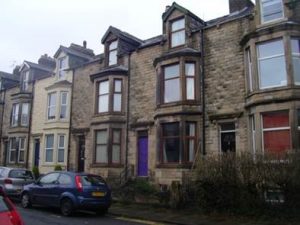 George and James Cathcart: The Cathcart brothers lived at 97 Dale Street (in the photograph with the purple front door). They joined the 1st/5th together on the 6th September 1914, presumably they queued up together to enlist as their service numbers are 2091 and 2093. George was killed on the 23rd April in the counter-attack that day. His obituary, which appeared in the Lancaster Observer on the 7th May, noted that James was advancing with him when he was lost. By the time the obituary was published, James was also dead, killed on the 4th May, probably in the shelling leading up to Frezenberg. They were 19 and 17 respectively.

Thomas Slater of 11 Main Street, Skerton died with the 1st/5th on the 23rd April, the day of the counter-attack. He left a widow and five children.

Reginald Stamper of 4 Dalton Road was another victim of the counter-attack on the 23rd April. He had previously been an apprentice at the Lancaster Guardian.

Fred Glover of 1 Piccadilly Scotforth was probably one of many killed by the shell on the 27th April. He was the first of three brothers killed. John was killed at Loos on the 26th September 1915, while Charles was killed with the 1st/5th in February 1917.

Richard Wallbank, of 6 Edward Street, was killed on the 4th May in the lead up to Frezenberg. His brother John had been killed at the First Battle of Ypres in November 1914.

Christopher Butterworth was killed with the 2nd Battalion, King’s Own during the assault on Frezenberg on the 8th May. He was the second of four Butterworth brothers to die.

Thomas Carr was another casualty of the 8th May but he was fighting with Princess Patricia’s Canadian Light Infantry. He had lived with his parents at 64 Broadway Skerton before emigrating to Canada before the War. He had joined the Canadian Army on the 7th August 1914, almost as soon as war was declared.

Stanley Bates was killed on the 9th May with the 1st/5th. He was an old boy of Lancaster Royal Grammar School and was the youngest full lieutenant in the British Army when he was killed. His father, Major JH Bates, had been the battalion’s second in command but had been invalided home before Stanley was killed.