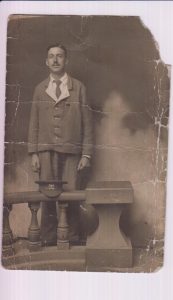 Prior to serving in the First World War, Richard Billsborough had also served in the Boer War in 1902. He and his family had lived at 68 Aberdeen Road, Lancaster, and worked at the County Asylum just outside of the City as a porter. Richard enlisted in 1915 and was shortly posted overseas and survived the war. However, after the war, Richard was himself admitted into the asylum where he died as a patient in 1920. Two years later, his wife, Rosina, also died, leaving their son alone. 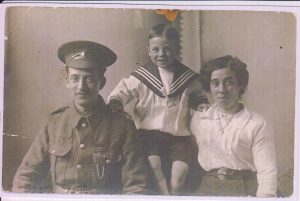 The research into Richard Billsborough has only recently been started by his descendants following the death of a family member that had possession of numerous items and artefacts belonging to him. This discovery spurred the family into researching his service and the impact the war had on their family.

Their son, Charles, was left an orphan after losing both of his parents in a short period. Charles didn’t talk about it or want anyone to know about his father because he thought other people might think that he was mentally ill or unstable and that instability was in the family.