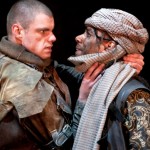 Research on Shakespeare as a Cultural Icon: 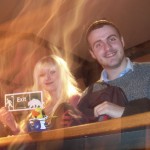 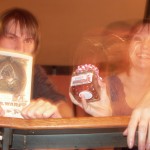 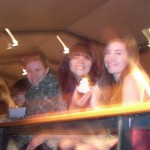 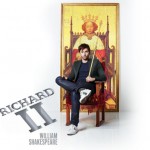 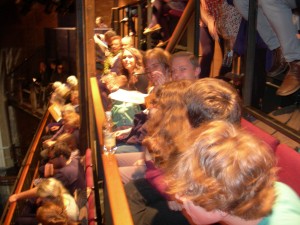 From Titus to Tennant: reviews of RSC’s Titus Andronicus and Richard II

Having neither read nor seen Titus Andronicus it only dawned on me what I had let myself in for as I entered the Swan Theatre to be greeted by three coffins and a nurse idly smoking. Spoilt with near front row seats, I – along with the majority of the audience – was overwhelmed by the RSC’s perfect combination of humour and gore in their adaptation of Shakespeare’s bloodiest revenge tragedy. The RSC demonstrated how Shakespeare is very much our contemporary blurring the distinction between then and now with guards in SWAT-type uniforms, Demitrius and Chiron riding onto the stage in hoodies on BMX bikes, and the Godfather-esque closing banquet with the cast dressed in crisp tailored suits (bar Titus in a maid’s outfit). These contemporary elements brought a 400 year old play uncomfortably close. Infused with sadistically comic elements, mere seconds of laughter were afforded to the audience before it was stifled by a bloody murder, rape or mutilation. But what would Titus Andronicus be without a bit of blood?

Alongside Katy Stephens’s bewitching portrayal of Tamora, Stephen Boxer (Titus) and Rose Reynolds (Lavinia) must be applauded for their enamouring performances. As a researcher in disability studies, I found the body of Lavinia shifting in and out of the spectrum of disability throughout her tragic performance most thought-provoking. Credit must also be paid to John Hopkins’s brilliant interpretation of Saturninus. His comic expressions paired with the -presumably unscripted – struggle to hide his decency whilst clambering out of the bath tub filled the room with laughter each time he stepped foot on stage. Although little is left to the imagination, Michael Fentiman has directed an artistically balanced portrayal of tragic humour with explicit bloody violence which leaves the audience in a state of wondrous shock.

After a brief walk to blow away the cobwebs and flashing bloody images of Titus, it was back into the theatre to be greeted by the biblical visage of David Tennant complete with long flowing hair, white attire and a cross around his neck. Whilst there was no point in the play where I thought he should enter the Tardis rather than sit upon the throne, Tennant could not fully shake off the Doctor to embody the beautifully troubled poetics of Shakespeare’s Richard. There were, however, moments of sheer comic genius throughout the performance: a particular crowd pleaser saw Aumerle, Fitzwater, Percy and Bagot all throw down their gauntlets, likening the scene to handbags at dawn. Individual applause must be given to Oliver Ford Davies whose performance as the Duke of York injected a great source of humour into the play.

With an evident focus on the spatial importance between the divine Richard and earthly Bolingbroke, the space of the theatre was transformed into a moveable chasm with an assortment of mechanical props that situated Richard and Bolingbroke in contrasting spaces. This was further accentuated by the musical accompaniments of an angelic trio of sopranos and trumpets provided a bold contrast between the biblical image of Richard and the earthly performance of Bolingbroke. The play was brought to a chilling close in the final scene when the ghost of Richard takes his rightful position next to the throne high above the usurping Bolingbroke. With a strong cast and excellent staging, David Tennant and Gregory Doran have created a good adaptation with some beautifully witty interpretations throughout, yet I couldn’t help but feel a pang of disappointment that it didn’t quite hit the mark.