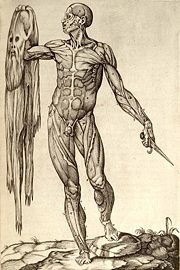 Recent studies have variously explored ways in which a sense of inwardness is constructed through overlapping discourses of anatomy, subjectivity, and psychological character. By contrast, “surfaces” can now be relocated as a means to understand early modern identities in Shakespearean performance and writing. Surfaces are a threshold between the body and the world, inner and outer, private and public, imagination and production, actor and spectator, writer and reader, teacher and students. Permeable, opaque or transparent, surfaces are the material means by which our experience is structured and meaning is translated and mediated.

Professor Alison Findlay and Dr Liz Oakley-Brown are working collaboratively on this project to further previous critical work that has sought to probe beneath the surfaces of Shakespearean texts. By re-focussing attention on the surfaces themselves as complex elements in the ways meanings are generated, the project seeks to explore how ‘superficial’ Shakespeare is understood from the multiple perspectives of directors, editors, actors, critics, readers, spectators, teachers, students.

They launched the project with a panel on ‘Shakespearean Surfaces’ at the British Shakespeare Association Conference (University of Warwick, 2007).  The ideas opened in the panel have expanded to include a Theorizing Surfaces conference and Surface Studies website to work on film, on ceremony as a superficial form of ritual and to performance-based research that moves beyond the written text.

Further information on the Performance, Ceremony and Ritual website. 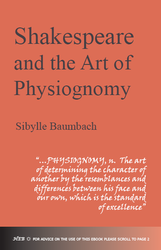 Sibylle Baumbach, (International Graduate Centre for the Study of Culture, University of Giessen), Sur-faces or: how to do things with physiognomy’
Since the conference, Dr Baumbach has published a monograph Shakespeare and the Art of Physiognomy (2008), discussing the poetics of the human face, the art of physiognomy, and strategies of nonverbal communication in Shakespeare’s plays. It offers new insight into Shakespeare’s modes of characterisation, and his art of performance.

Dr Baumbach’s monograph is priced at £10.00 and available exclusively from Humanities-Ebooks.co.uk

Liz Oakley-Brown (Lancaster University), ‘Shakespearean Skins: Reading, Writing and Performing Corporeal Surfaces in As You Like It’