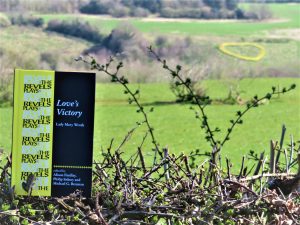 Publication of the full text of Lady Mary Wroth’s play is especially welcome because it is 400 years since Edward Denny attacked her for publishing ‘an Idle book’ which he claimed had damaged his reputation. Undeterred by the continuation of censorship such as this, we successfully staged and filmed her play Love’s Victory on 27 September 2022. Rehearsals for the production, directed by Emma Rucastle, took place at Lancaster University. The coterie performance was part of an academic conference at Penshurst Place.  The Sidneys of Penshurst and Beyond: Contexts, Connections, Collaborations.

The recording of the live performance in Baron’s Hall is currently being edited to make the production of Love’s Victory  freely accessible to members of the public via this website.

Following the production and the conference, the FutureLearn course, ‘Penshurst Place and the Sidney Family of Writers’ will also be updated and re-run in Winter 2022. You can watch the trailer by following the link here 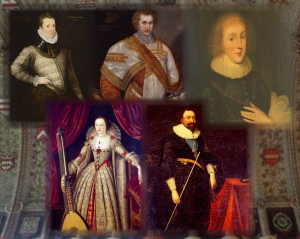 Shakespeare and His Sisters on Site follow: The International Sidney Society, The Women Writers Project