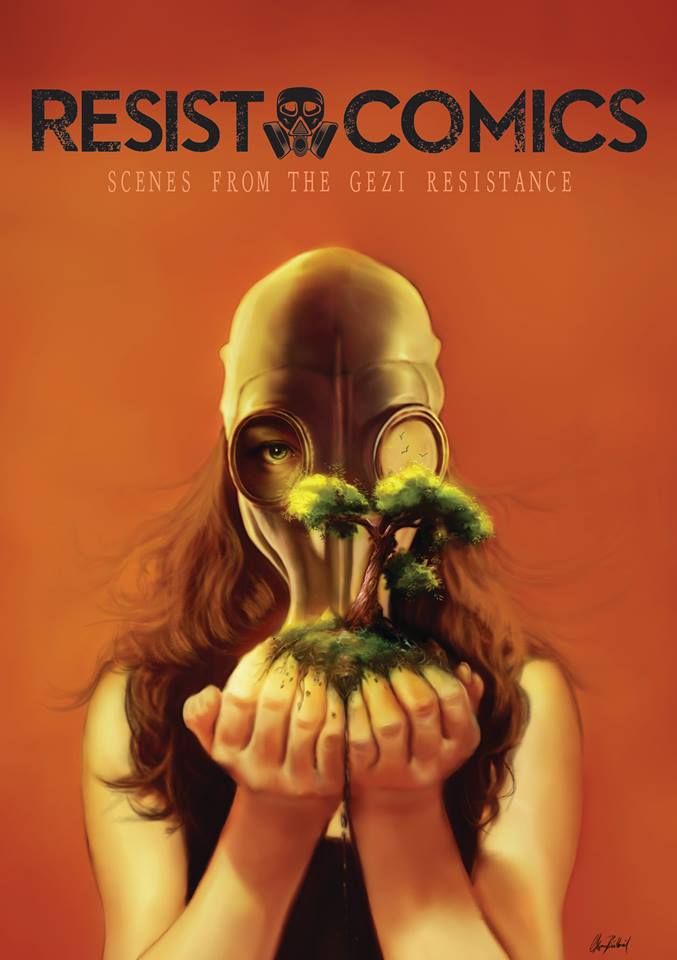 Introducing part 1 of a 2-part-blog-entry hosted by Can Yalcinkaya. We are delighted to host blogs on Graphic Social Science, and spread the good word about the work of all the wonderful creators that link graphic novels and social science, any social issue really! We invited Can Yalcinkaya, the convenor of international Graphic Social Science network, an academic at Macquarie University in Sydney and a comic creator, to be our first graphic social science blogger, welcome Can!

Homoti: The Turkish Gay E.T. remake and other acts of social expression

My recent scholarly comic “Homoti: The Turkish Gay E.T. Remake”, published in the Sequentials journal, is about an unofficial, queer, Turkish remake of E.T. (Steven Spielberg, 1982) and provides a critique of militaristic, heteronormative nationalism in the post-Coup Turkey of the 1980s, the context in which Homoti (Mujdat Gezen, 1987) was produced, through theoretical frameworks of queer phenomenology and monster theory. This 11- page comic brings together several academic and personal interests and fascinations of mine: cultural and political history of Turkey, B movies, remakes, gender theory, political activism, and autobiographical/underground comix tropes, in an attempt to develop a personal style in comics-based research. 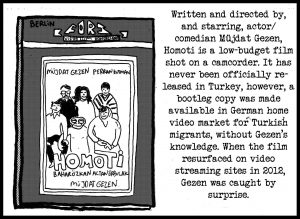 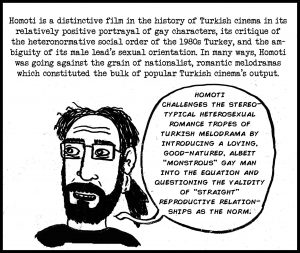 Above: Details from “Homoti: The Turkish Gay E.T. Remake” by Can Yalcinkaya 2018

My love affair with comics started at an early age. Growing up in Turkey, I was always surrounded by comics, local as well as international. This lifelong fandom and my ever-expanding comics collection turned into a research interest as I started an academic career. However, I didn’t merely want to research comics. I wanted to make them. After I completed my PhD in Australia in 2013, I started organising an international group of writers, academics and artists to put together an anthology of comics inspired by the Occupy Gezi Park protests in Turkey. The result was Direncizgiroman (published in Turkey by Esen Kitap in 2014) and its English translation Resist Comics (crowdfunded on Kickstarter and self-published in 2015). The response to the anthology was more positive than we ever anticipated and media outlets from Turkey, the U.S., Europe and Australia covered our efforts in creating a globally connected, anti-authoritarian, research-informed, collective work born out of grassroots activism. 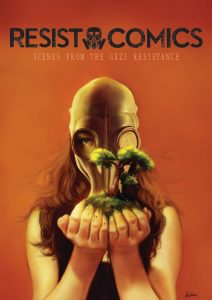 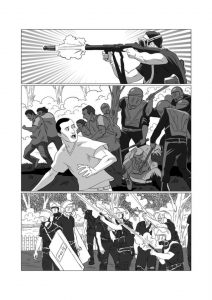 Above: Resist Comics cover by Okan Bulbul 2018; Black and white page from a comic written by Can Yalcinkaya 2018, art by Murat Gurdal Akkoc 2018

Stay tuned for part 2 and regular blog updates featuring the work of international artists and academics.