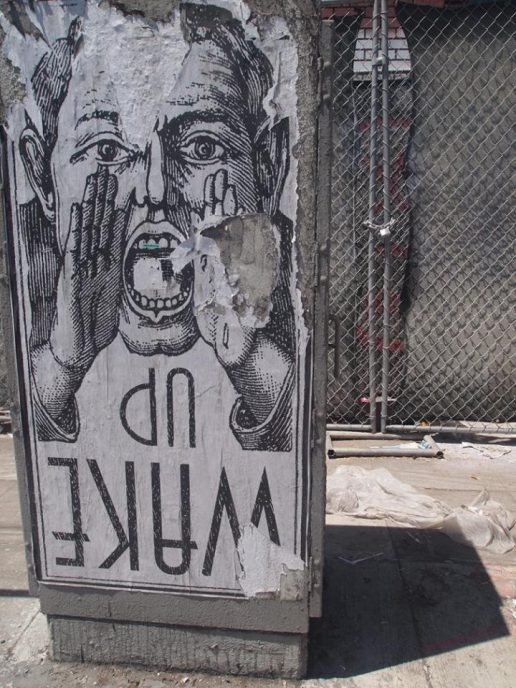 Western culture has often placed words and images in an antagonistic relationship. Even in a relatively secular era, the potent phrase with which St John’s gospel opens – ‘In the beginning was the Word, and the Word was with God, and the Word was God’  –  has a foundational influence that still haunts our worldview. If the ‘word’ is primary, standing before all else, where does that leave pictures?  Our historical moment is supersaturated in images  –  advertising, news, art, film – and, though the communications revolution is relatively new, it is very difficult to conceive of a world in which pictures are not mobile, replicable and instantly reproduced in their millions. We take for granted the phenomenon of compression that allows us to carry thousands of the world’s greatest works of art around on a device the size of a C90 cassette (obsolete technology still affords a fair analogy). Yet images, likenesses, copies are still treated with palpable distrust in some quarters. Even the term ‘iconoclast’, now used to signify any aggressive punditry, has its origins in our barely remembered religious past. Art and statues were once vandalized by zealots who believed that icons were idolatrous. This militant Protestant suspicion of pictures has, I think, never quite been vanquished, even though its theological origins are long forgotten. This even applies to major literary awards. How often do comic books get shortlisted for big mainstream prizes? And should this even matter?

We usually learn to read by moving between word and image; our earliest memories of books are very likely to be of pictures rather than their accompanying words.  An example of the tension between words and pictures takes place in the age of illustrated serial fiction. The success of Charles Dickens’ Oliver Twist (1837-9) prompted a rivalry between the young novelist and the already established artist George Cruikshank whose illustrations were certainly an important element of its commercial and critical popularity. Yet the artist resented his lower billing and apparently believed that he deserved much greater credit as a creator of character rather than as a mere adapter of Dickens’ literary vision. Today, as readers engage with the enormously problematic novel and its illustrations, an understanding of the ideology and form of both word and image is vital. It’s a false opposition to think that one or the other is more significant in the reception and understanding of a complex text.

I teach and research in a department of English & Creative Writing in an environment that is particularly invested in the ethical and aesthetic legacies of literature. We also, however, engage with hybrid visual media including film, especially in adaptation, graphic novels and ekphrastic poetry. At least four current modules, across three years of study, include comic books as part of their syllabus. Literature has never really been isolated from visual art forms or immune from their influence. Drama, for example, brings text and design together and is a reminder of the collaborative nature of other art forms. Comics have become one of the most potent forms for contemporary life writing and it would be strange for us not to make it an important element of our teaching. Art Spiegelman’s Maus (1980-1), Alison Bechdel’s Fun Home (2006) and Marjane Satrapi’s Persepolis  (2000), for example, all represent complex personal and public memories in highly distinctive visual and verbal idioms. Twenty-first-century students of literature are already visually literate in ways that radically differ from previous generations and are ready to move with ease between different media.

Literary criticism is often dependent on a visual vocabulary; the idiom might be somewhat dated, but formal analysis of poetry will frequently refer to the ‘imagery’ of poetry, even when its political implications are being decoded. And writers themselves are often drawn to other art forms.  John Ruskin with characteristic hyperbole, claimed that the ability to see the world clearly is ‘poetry, prophecy and religion all in one’. He was steeped in words and the Word but also read the sublime paintings of Turner as a form of prophecy. William Blake’s idiosyncratic illuminated poems – or composite art, as it is sometimes called – plays word and image together in an exhilaratingly strange way. He was dedicated to creative paradox and to rejecting binaries that he believed enslave us all.

Comics confront an underlying and persistent suspicion of images. And in the same way that the novel was considered an upstart, somewhat disreputable medium when it emerged in the eighteenth century, so have comic books been derided, feared and mocked. Even the term ‘graphic novel’, applied both to the commercial juggernauts of superhero strips and more sober, directly political material, can be somewhat condescending. It suggests that comics need to be tamed or made palatable for a discerning reader. ‘Comix’ is more suggestive of the zip and subversive spirit of the range of writing and art at play. Comix can be experimental, dense, simple, serious and fun. And they don’t need me to defend them. But the network for which this is the first blog is dedicated to exploring the significance of comic art and writing. Our contributors will include artists and writers – practitioners in the form – but also critics and thinkers from across the range of academic disciplines and not just those in the arts and humanities. Comics present distinctive forms of communication, as various and idiosyncratic as any art form on the planet.

In the coming weeks, Natasa Lackovic and I will be posting interviews, links to events and blogs by and with colleagues and authors/artists.

If you would like to write something about any aspect of comics or illustrated books and/or tell us about your work, we’d be delighted to hear from you.