The Lancaster team’s latest digital game – Get Flood Ready! – is designed for younger (primary-aged) children. Like Flood Snakes & Ladders, the game takes players on a journey through the experience of flooding and recovery but this game focuses much more on increasing flood awareness and preparedness.

The game can be played individually, in groups of 2-4 or as a whole class. 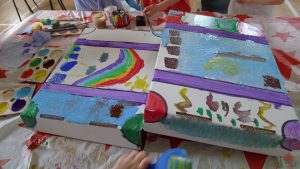 The Flood Suitcase is a workshop programme designed to support flood-affected children and young people and build more resilient schools and communities. The programme was developed from the creative methods used during the Children, Young People and Flooding Project and are designed to support children to talk about their experiences of flooding in a safe space.

Lancaster researchers piloted the Flood Suitcase programme with children and parents in Cumbria affected by the flooding caused by Storm Desmond in December 2015. A group of 18 primary school children and five parents took part in two creative workshops during the 2016 summer term. The group walked and took photos around the local flood-affected area and the workshops drew on drama games and exercises, sandplay and 3D modelling to help the children tell their story of the floods and share their experiences with others.

At the end of the workshops, the group was given its own ‘Flood Suitcase’ to keep in school, which the children had co-designed. This suitcase is a place to store photographs and other items which evoke memories of the flood and the recovery process. It also provides a focus for discussing flooding in school and opening a dialogue about community flood awareness and resilience building.

The Flood Suitcase pilot project ended with evaluation sessions with the children, parents and staff. A number of the children talked about how the workshops had been both fun and helpful and they had lots of ideas about how to continue using the school’s Flood Suitcase!

Following this pilot, the research team ran the Flood Suitcase project in 2017 at St. Michael’s on Wyre C.E. Primary School in Lancashire and wrote a short case study about this. During both projects, the team worked alongside staff from the children’s charity, Barnardo’s, training them in the use of the Flood Suitcase. 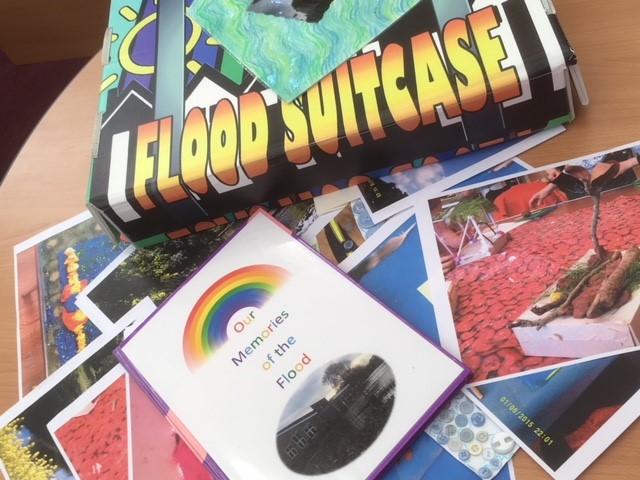 Barnardo’s have since run the Flood Suitcase programme successfully in three primary schools in Cumbria. The children who took part in this work with Barnardo’s reported that the project had helped them to better understand flooding and what action to take when there is the risk of a flood. Many said how much they had enjoyed the work and that they wanted to learn more about flooding. 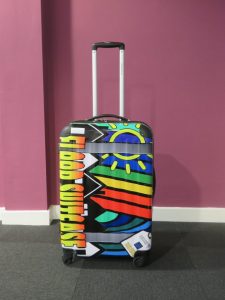 If you are interested in the Flood Suitcase workshop programme for your school or youth group, please contact us at: 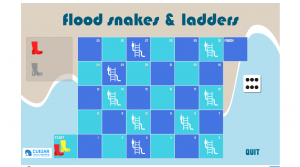 A major output of Lancaster University’s research into the social effects of flooding is the Flood Snakes & Ladders game, which takes participants on a flood journey from a child’s perspective. The game uses real data from two of our research projects (quotes, photographs, drawings and 3D models) to explore what it is like to experience and recover from flooding. It can be played either online (1-4 players) or ‘live’ in a workshop setting.

Go to our dedicated Flood Snakes & Ladders website for more information and to play the game: www.lancaster.ac.uk/floodsnakesandladders

Flood Snakes & Ladders is a versatile training tool that highlights the different ways that social research data can be used to engage with the policy and practice of flood risk reduction, preparedness and emergency management. It can be used in a variety of situations such as: 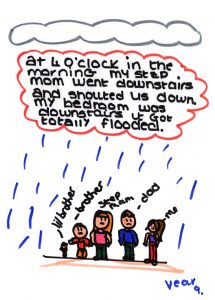 Do you want to get people thinking about flood risk? One way is to use interactive tools and games!

If you are a student, teacher, emergency planner/responder or you are involved in developing policy you will find these resources open up new conversations and pathways to action. 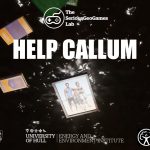 How will you ‘Help Callum’?

Help Callum is a 360 virtual reality video in which viewers experience flooding and the difficult road to recovery from the perspective of a young boy and his family. The video aims to promote flood awareness among adults and children. 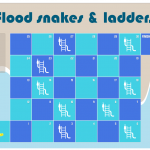 Flood Snakes & Ladders is an interactive game that invites participants to walk in the shoes of flood-affected children. It can be used to stimulate discussion and learning around flood preparedness and response. 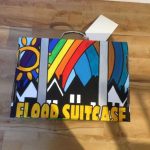 The Flood Suitcase is designed to support recovery and resilience building with flood-affected children, young people, families and teachers. 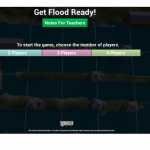 Get Flood Ready! is a digital game for primary-aged children, aimed at promoting flood awareness and preparedness. 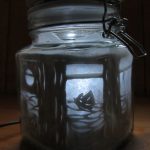 How to Catch a River is a set of resources created by Claire Dean during her PhD at Lancaster University.

Research exploring people’s recovery after the 2007 Hull floods changed government policy and national guidelines on managing recovery after flooding and other disaster events. The Economic and Social Research Council, who co-funded this study, has produced a case study of the Hull Floods Project, as well as this short film.

Children are often ignored in disaster related planning and policy development. Funded by the Economic and Social Research Council, this collaborative study between Lancaster University and Save the Children researched children’s and young people’s experiences of the UK winter 2013/14 floods. Watch this six minute film to hear about the children’s experiences and their ideas about what needs to be done to improve recovery for people who are flooded in the future.

Supporting children’s right to participate in disaster management enhances disaster resilience. The CUIDAR Project – Cultures of Disaster Resilience Among Children and Young People – was funded by the European Union’s Horizon 2020 research and innovation programme. CUIDAR worked with more than 500 children and young people from across Europe. They collaborated with filmmakers to produce a film about what needs to be done to improve disaster risk reduction.