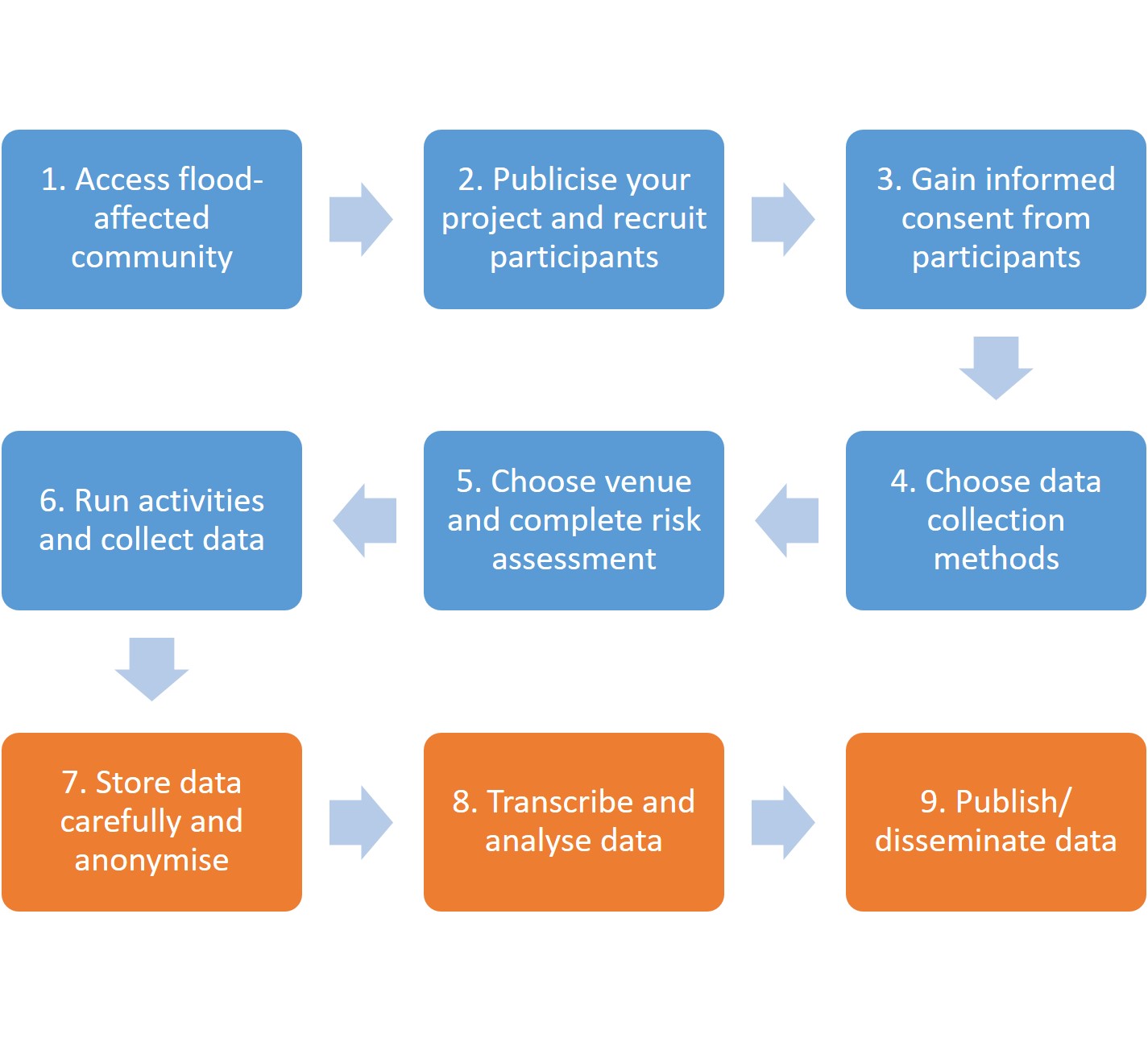 Why analyse data? Data you have collected can be used simply as evidence of your community engagement activity, but it can also be analysed to better understand people’s experiences and perspectives and help develop further flood resilience work or support decision making. 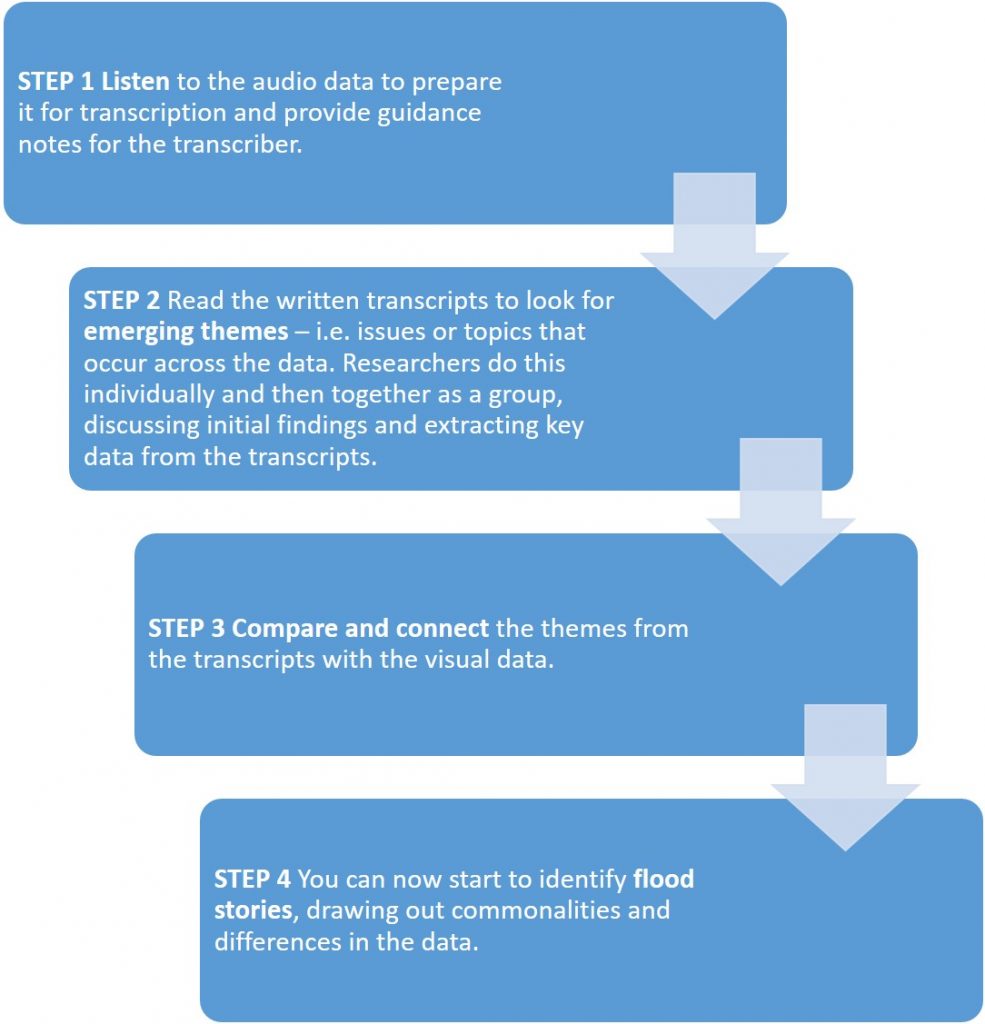 *Because of the huge amount of data produced during the Children, Young People and Flooding project, and because of the poor conditions in which much of the data was recorded (e.g. outside in windy conditions, or indoors in a noisy workshop setting), it was only possible to transcribe sections of the data from the Group Conversations.

Example 1 One major theme that emerged during the analysis of the Children, Young People and Flooding Project was Children as active contributors in flood response and recovery.

In the transcripts the team found instances of children describing how they had been actively engaged both in the immediate response to the flood events and during the recovery process. Examples included checking on neighbours, helping to move their own and other people’s furniture upstairs and joining in with the clean-up.

The children and young people generally described this role as a positive one, expressing satisfaction about how they had been able to support others in difficulty. For example, Sara served tea and coffee to evacuated families and rescue teams at her local village hall and Avril and Helena gave up a riding lesson to help clean up their friend’s house.

One young man, aged 19 at the time and a university student, described his role with a community volunteer group, formed in response to the flooding. The youngest member of the team, he went out delivering sandbags and food parcels in what he described as ‘hazardous conditions’:

Example 2 Another important theme that emerged from this project was Children’s understanding of flood adaptation and new normalities.

The transcripts highlighted the children’s high level of ‘flood awareness’. This was shown by their concern about the likelihood of further flooding and a fear that that the community had not taken measures to prepare for next time and just wanted to get ‘back to normal’:

At the same time, many of the young people demonstrated an understanding of the need for families and communities to adapt to a ‘new normal’ that ensured they were prepared. Britney, aged 8 described her family’s plans: 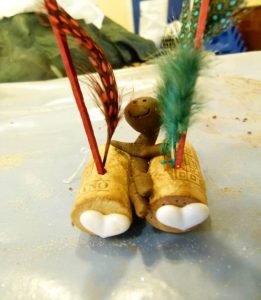 The data included a photograph of a model Richard had made of a person sitting on a raft. The transcripts revealed his reasons for making this and his understanding of the need for communities to learn to live with flood risk: