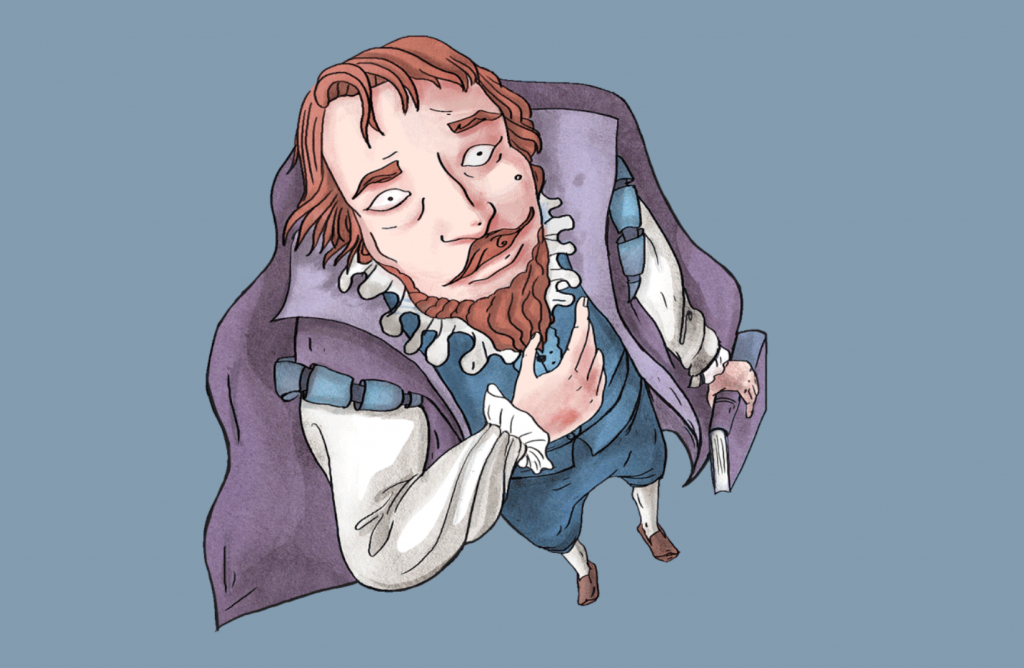 Eleni Tsampra (Associate Professor, AKTO College, Greece and Associate Lecturer, University of West Attica, Greece), is one of the team members of the Erasmus + CIELL project led by Lancaster University. CIELL aims to support essay writing in an engaging and deep manner, to support students who identify as dyslexic, but equally so all students who are developing their essay writing skills in the domain of English as Second Language (ESL) learning and examination.

Eleni is a prolific artists and academic in the domain of art and design. She recently created a fascinating graphic novel “Message from the Stars” about the life of one of the visionary thinkers of the 17th centiry, Galileo Galilei, the famous Italian mathematician, physicist, philosopher and astronomer.

This post celebrates Eleni’s graphic novel, featuring excerpts from Eleni’s reflection about the process of creating the novel and insights in terms of why the ‘educational potential’ of this novel had to be highlighted. To me, this brings us back to the harsh reality of the graphic novel medium, which is observed as an artistically strong and “legitimate” medium of communication only by small groups of enthusiasts, be it in every day life or in education. However, the art and story telling power of comics and graphic novels is evident in a steady, consistent growth of world-wide appreciation and celebration of this diverse medium.

The trigger for the graphic novel:

Eleni: “It has been already 3 years since writer Kostis Papaioannou contacted me. His idea was to produce a comic book about the life of Galileo, focusing on the young years of the scientist. The biography, would introduce second grade students in Greece, to basic concepts of physics and science that were made globally known by Galileo.”

The visual style in the novel:

Eleni: “My main goal while trying to graphically convey the text into images, was to preserve the author’s ethical and ideological concerns as well as to be consistent with the work’s atmosphere imposed by his writing style. Surely, there is not such thing as an absolute “translation” between a writing style and a visual one, however several analogies can be found like the simplicity in the form and the order of the panels that follow his linear storytelling. Then, the use of linear perspective was chosen in order to bring in mind the eras inventions in art which from that time on would change the way the Western world conceive “reality”.​​​​​​​​​​​​​​”
The complexity of deciding on the depicted:
Eleni: “As soon as I started sketching, the way panels would succeed each other or their composition, proved less of a problem. A million other questions would came up, indeed every pictorial element of each single panel would pose a different representational problem: Of what consisted the meal of a wealthy family back then? What sort of forks were they holding?  How would I represent women? Why they were not equally represented in the plot?  How was a typical corset constructed?  How was the renaissance educational system?”​​​​​​​
What is an “educational” project…
Eleni: “Now, after three years, the comic book named “Message from the Stars” is finally out in the bookstores. It is promoted as “educational” project, and I still wonder why label it like that. I do know that especially comic books they might need such an ‘excuse’ in order to exist in the Greek market, especially during the  difficult economical crises times. Moreover, I understand that several project’s main goals are mostly to educate, or to inform rather than to entertain. (N: indeed, but why not both?)

However, information, education or entertainment might be an attribute or quality of the product itself, or it might be an attitude of the reader. Or a matter of context: there are limitless examples of texts once written and presumed as “high literature”, only to be looked upon today as manuals, and vice versa. The same that happens with the ever changing literal value of texts happens with their educational one:  “We spoke out” , is a comic edition that gathers 15 stories about the holocaust, in the form of comic, a form with the stigma of “entertaining the masses”. Most of these comic stories were first published during the 1950’s, way before the holocaust was discussed in American schools.
Then, surely, readers will learn several things about renaissance and Galileo’s thoughts, still they will equally learn about the authors’ and the designers’ personal choices. There is not such thing as “neutral” information. Educational projects educate by what they choose to include, or even more so, by what they choose to exclude along with the way they do it, their aesthetics, which are never free of ideologies and contextual associations.
As for me, in the future, yes, I would love to design another comic, maybe with un unknown main character, maybe with no characters at all, educational or not.”​​​​​​​
For a full story and Eleni’s profile on Behance and beautiful images of “Message in the Stars”, please see: https://www.behance.net/gallery/78759121/Message-from-the-Stars

Eleni is a researcher and artist on the ongoing Erasmus + project CIELL, the consortium consiting of Lancaster University (UK), AKTO Institute for Vocational Training (Greece), FAU/Friedrich Alexander-Universität Erlangen-Nürnberg (Germany), and the University of Cyprus (Cyprus). Please visit the CIELL project web site to get familair with this innovative project on the use of comic narrative for language learning (English as Second Language/ESL) to support all learners, with the focus on dyslexic learners: