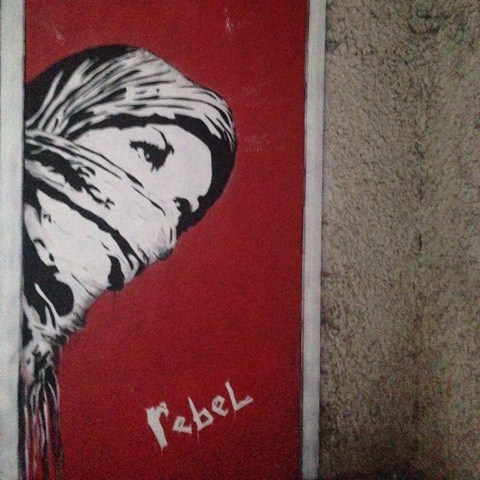 JJ was what some teachers called a rebel, a term which it didn’t take much to earn back in those days. Of course, there were other boys who were also deemed rebellious, but they tended to be in the sixth form, and they were against Important Things such as Apartheid and the American presence in Vietnam. (They were noticeably less bothered about matters such as corporal punishment and the fagging system, which were of daily concern to plebs such as myself.) No-one knew where JJ (everyone called him that) got the copy of Mein Kampf that he took with him everywhere.  Most of the boys in our small Northern Irish public school probably had a vague idea that the book was mad, bad and dangerous to know, and that JJ was the same by association.

When I was ten, the head, the same Head who had not confiscated JJ’s book, banned me from reading comics. There was no school rule about reading comics, a fact that the Head tacitly noted when he hauled me into his study to do the banning; it was not, he said, because it was actually forbidden, it was just for “my own good”. Even at ten years old I knew this to be specious; because I was ten years old (and a wet, a weed and a collaborator) I sucked on my bottom lip and grew red and said nothing until I was dismissed.

It was an impossible situation. Not only did I feel aggrieved that I had been forbidden to do something that seemed harmless, but everyone else around me was reading comics all the time.  (And at least one boy was carrying around a manifesto written by the greatest monster of the 20th Century, but I couldn’t look at Korky the Cat.) Of course I continued to read comics, not because I was rebellious but because I thought I could get away with it.  I was caught several times, and on the third occasion was caned for it.  After that, while remaining a wet and a weed, the injustice of it all meant that I wasn’t a collaborator any more. My rebellion was to go to town on a Wednesday afternoon and spend all my money on comics, which I would read in the park or, if wet, in the far left-hand cubicle of the boy’s toilets.

The Head thought I was reading comics to the exclusion of my studies; I wasn’t.  I read all the time, everything I could get my hands on. But the ban made me read comics with an intensity that I hadn’t had before, a sense that because comics were worth banning, they must be worth reading.  It meant that for me comics have always had an anarchic frisson about them that persists to this day. It also meant that I sought out self-consciously weird comics, comics that, however mildly, stuck it to the man on my behalf.  (I remember looking briefly at a Fred Basset book and then putting it aside. Some things were worth getting caned for, the uninspired aperçus of a badly-drawn middle-class dog wasn’t one of them.)

One wet Wednesday, I emerged after a marathon reading session from the far left-hand cubicle. JJ was at the sinks, having just, I surmised, emerged from one of the other cubicles. Mein Kampf was on the shelf in front of him.  He looked at me bleakly, and I gave him my best please-don’t-hit-me-smile. He looked down at what I was carrying and, without speaking, held out a hand. I hesitated, then passed him the roll of comics I had spent the last hour reading. He leafed through them like a Stasi policeman checking identification, then held one up.

I shrugged in what I hoped was not an ire-inciting way. I didn’t know if liking or disliking Iron Man was going to get me beaten up worse – I was a Marvel fan, through and through, but it would be my luck to find out too late that JJ was a DC kinda guy.

And then, at that exact moment, the door opened and the Head leaned into the room. JJ was over by the sinks, out of his line of sight, holding my comics. I was standing in the middle of the room, hands empty. The Head looked at me and sniffed, then told me to hurry up, and ducked back out again.

JJ looked at the closed door impassively, stared at me for a moment, then reached inside his jacket and pulled out something that he handed to me.

‘Silver Surfer is better. See what you think.’  And he turned to go.

‘You forgot…’ I said, and faltered. He turned, saw his book on the shelf and picked it up.

‘Right,’ he said, and, after giving me a brief glance, walked out.

Carrying all my comics.

Which I never saw again, because he never offered and I was certainly never going to ask.

But I still have that copy of Silver Surfer somewhere, sealed safely in a plastic cover, and that day, for the first time in my life, while painfully aware that I was of course going to be a wet and a weed and a potential collaborator forever, I had the faintest sense of what it might be like to be, if only slightly and very occasionally, a little bit cool.

George Green is a Senior Lecturer in the Department of English and Creative Writing  (http://www.lancaster.ac.uk/english-literature-and-creative-writing/about-us/staff/george-green)

The featured image shows a piece of street art taken on a street of Dundee, by N. Lackovic.