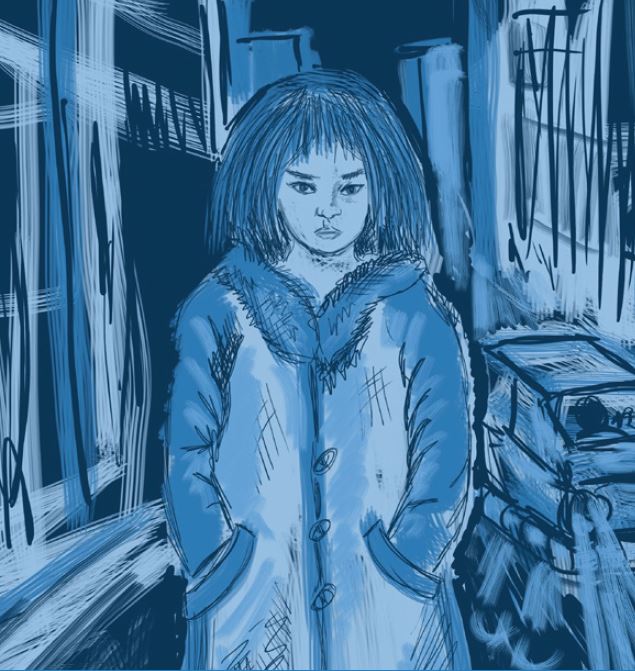 A year or two ago somebody suggested that I might be able to help paint some plaques in a mediaeval style to assist with a project in digital empathy (http://imagination.lancs.ac.uk/activities/Creating_and_Exploring_Digital_Empathy ), which led to some interesting conversations about design fiction (https://en.wikipedia.org/wiki/Design_fiction ) and the useful nature of drawing in, and as, research. So a few months later when I was approached with the idea of drawing a comic as a research paper I said yes (after all, it was the Christmas holidays and what better time to get involved in some truly cutting edge research?).

The graphic novel, or comic form, is slowly but surely permeating research across disciplines, experimenting with topics as diverse as engineering, climate change and student debt management. The visual style and communicative immediacy of such materials also makes them ideal for the sciences, where being clear about intent and outcome is tantamount to success. So it is of no surprise that the field of Human-Computer Interaction is also embracing the process of creating and examining comics as a form of research methodology.

Prof. Paul Coulton (http://imagination.lancs.ac.uk/people/Paul_Coulton ) had a idea for writing a paper relating to the digital empathy project, looking at one of the more famous examples from the film Bladerunner (https://en.wikipedia.org/wiki/Blade_Runner ), in which an empathy detector is used to discern who is human, and who is not. This Voight-Kampff Machine, whilst still a speculative device, stood as a start-point for a whole world around digital empathy, its uses and problems. Another student had made a short film around empathy and emojis in text conversation, and this got us thinking – what would the most helpful way of using this machine be? Why, internet dating of course!

Over a well-deserved Christmas pint, we sketched out a four page story in which our heroine is sick of the usual morass of asses and incompatible folk she meets, and is tempted to try the Voight-Kampff mobile phone attachment on her dating profile. The device (delivered by Amazon drone) swiftly throws up some interesting matches… but is this technology open to fraud?

I took the bare bones of the idea away and produced a 4 page comic for the main part of the paper, then we sent it off for review with crossed fingers and an optimistic frame of mind. This work was presented at CHI 2016 (http://chi2016.acm.org/wp/ ) to a packed auditorium, and even more bizarrely, was picked up by the Daily Mail, Metro and a host of other worldwide news outlets, with an overall reach of around 6 million people. Thus witness the power of comics, and of good writing, naturally.

We are not the only ones in HCI dabbling in this format of course, there is this DIS2016 paper (http://dl.acm.org/citation.cfm?id=2901821 ) which describes comics in Research Through Design, another CHI paper (http://dl.acm.org/citation.cfm?id=1753848 ) talking about comics and presenting the work in this format, there are also researchers using comics to collect data and the comics approach can be an ideal conference poster format.

Miriam Sturdee is a PhD researcher and Associate Lecturer at the School of Computing and Communications, Lancaster University:  http://www.lancaster.ac.uk/scc/about-us/people/miriam-sturdee