I am a Research Fellow at Coventry University. To date my research has explored the subject of statelessness and the im|mobilities it produces among people of Vietnamese decent living in Cambodia. Article 1 of the 1954 Statelessness Convention defines a stateless person as one “who is not considered a national by any State under the operation of its law.” This is legally defined as de jure stateless. According to the Institute on Statelessness and Inclusion at least 15 million people face life without a nationality today and another child is born stateless every 10 minutes. Even though the problems related to statelessness across the globe may manifest themselves differently, at its core is a group of people who have been denied a legal identity.
Living day-to-day without being able to prove your legal status, or access the services and support offered to citizens, is a kind of ‘rooted displacement’. This rooted displacement is explored through this film footage which layers an interview transcript over a shot of water hyacinths bobbing on the water. In Vietnamese, a water hyacinth is often likened to a life without certainty, floating up and down with the water unable to control anything that happens to it. This allegorical statement made by a man named Bao, who is being interviewed, reflects much of the experience of the participants in my work. They live with restricted mobility and subsequently encounter all manner of difficulties from schooling to employment, housing to restriction on their ability to travel. This film is an extract from a larger ethnographic film project that is funded by the Association of Southeast Asian Studies Digital Impact Award. 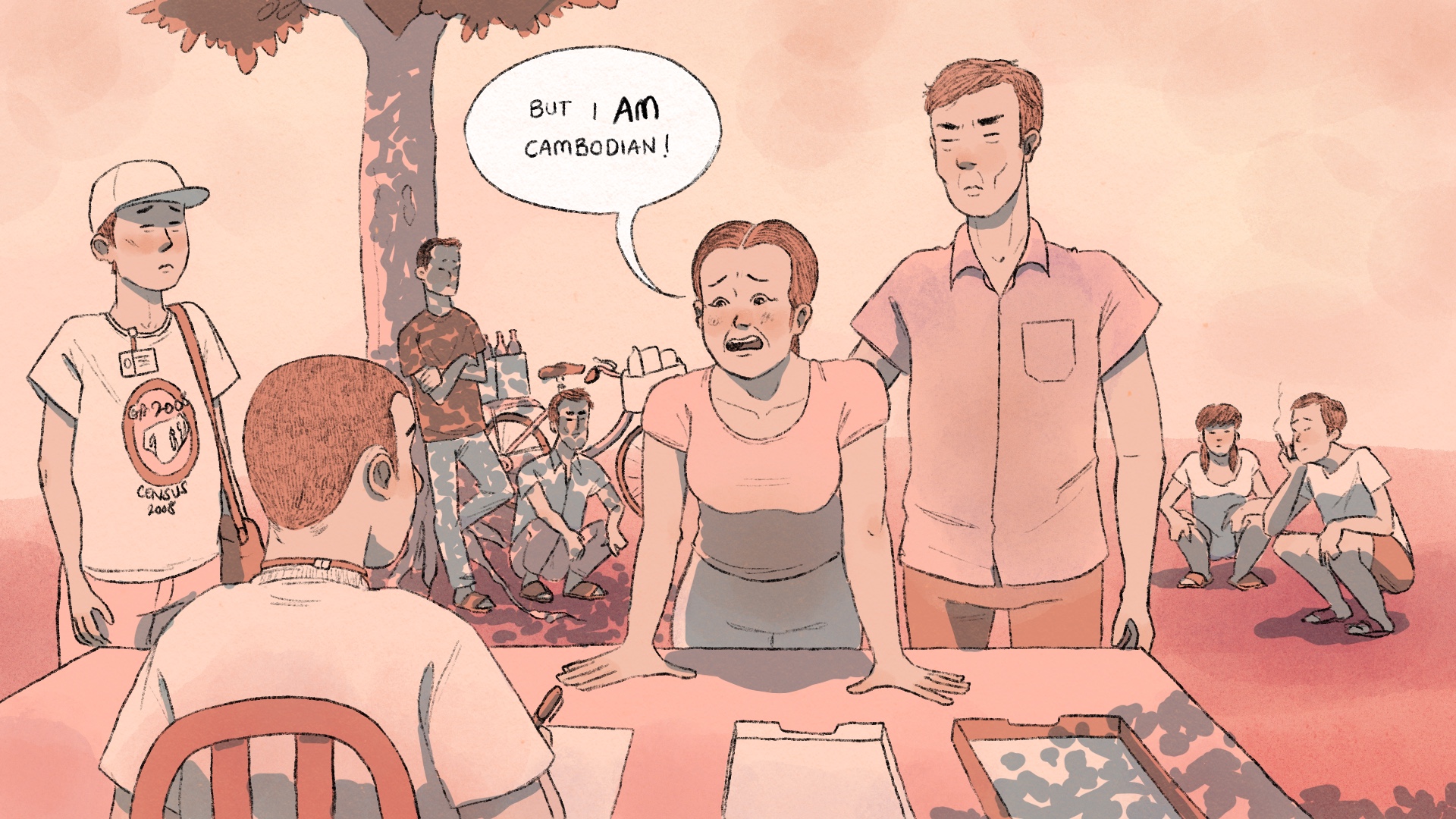 My research is located in Preah Thnov, a village made up of predominantly long-term residents of mixed-marriage Khmer and Vietnamese and ethnic Vietnamese households. Like other studies which evidenced local authorities categorising Khmer people living in predominantly Vietnamese communities in Phnom Penh as ‘Vietnamese’, mixed-marriage households in my study were also at times regarded by local authorities as Vietnamese. Khmer spouses without documents, many lost during times of war, could not prove their Khmer identity, so were categorised as Vietnamese and live as though effectively stateless. 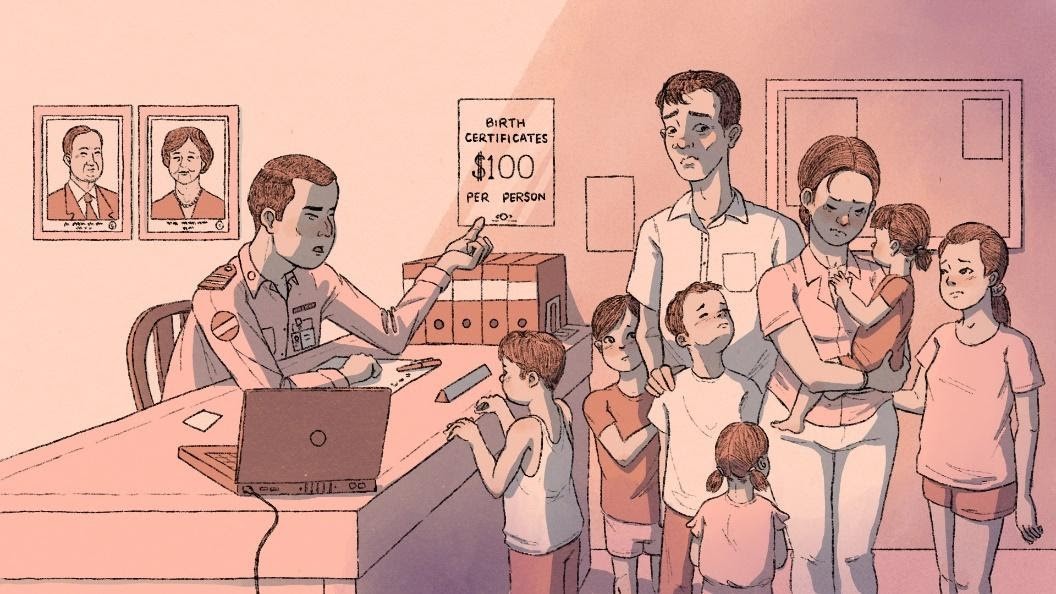 The number of Vietnamese that are stateless in Cambodia is also unknown. However, the evidence suggests that statelessness is endemic among the population: for example, in two separate studies researching statelessness among ethnic Vietnamese in Cambodia in Kampong-Chhnang province, researchers estimated that around 90 per cent did not have birth certificates and/or identity cards – a situation that places them at great risk of statelessness. In my own study, I met Vietnamese families who had lost their documentation during the Khmer Rouge period. They were unable to register the birth of their children. One mother explained that when she tried to get birth certificates for her children, the price quoted was $100 per child. With six children the cost was an immovable obstacle. Surprisingly, this family had, much like many of these ethnic Vietnamese communities, particularly concentrated on the Tonlé Sap and Mekong River, been settled in Cambodia for generations. Other such communities are found throughout the country, including Phnom Penh and the provinces bordering Vietnam.

Artist Statement: I am a Research Fellow at the Centre for Trust, Peace and Social Relations and a Visiting Fellow at the LSE anthropology department. My ethnographic research explores ‘being and becoming’ among Vietnamese communities in Cambodia. I work with communities of Vietnamese decent who have lived on and around on the Mekong and Tonlé Sap Rivers for up to three generations. War, temporary migration during the brutal Khmer Rouge regime, and the rebuilding of Cambodia’s key institutions and  legal frameworks have left many people of Vietnamese decent living in Cambodia with a patchwork of documentation. Very few children born in Cambodia have birth certificates. Moreover, parents cannot prove their long-term residence in Cambodia as documents have been either lost or with regime or constitutional changes, they have become invalid. Consequently, families are excluded from Cambodian citizenship and most live as de facto stateless. Often de facto stateless people are unable to obtain proof of their nationality, residency or other means of qualifying for citizenship and may be excluded from the formal state as a result. I captured this experience, and the experience of limited mobility through film and collaboration with artist  Ben Thomas. www.charlierumsby.com