Ten days ago, we held our first two-day ‘Universal Histories and Universal Museums’ (UHUM) project workshop, ‘The Evolution of the Museum’, at the Science Museum in London.

The first day we were at Blythe House, which hosts the archives and part of the conservation sections and stores of the Science Museum, the V&A, and the British Museum. Being there allowed us to look directly at a range of objects and reflect upon the different frameworks we can use to look at them and how their materiality affects museums.

Project PI Sandra Kemp introduced the workshop in the context of the wider project, outlining how this is underpinned by transnational comparison of the histories of the development of museum collection and display practices, and the reception focused on the evolution of museums in London and Paris in the period roughly between 1851, the Great Exhibition in London, and 1914, the beginning of the First World War. The workshop itself focused on the role of temporary exhibitions in shaping museums and their collections, as well as defining and evaluating the impact of these events on museum institutions through two case studies:

Following the introductory remarks, we spent the morning in the Science Museum stores, looking at a series of objects that were displayed in the 1876 Loan Collection of Scientific Apparatus and successively acquired by the museum. The session was led by Dr Tim Boon, Head of Research and Public History at the Science Museum, who showed us objects relating to the standardisation of weights and lengths, as well as pitch, tone, and meter. Indeed, Dr Boon specialises in the history of these sound objects and he also brought out the pyrophone, an organ that functions thanks to gas flames that, when operated, can be seen in its cylindrical glass tubes (see here a previous blog post by the Science Museum on this).

After lunch, we moved to the V&A stores to examine the Indian writing box Sandra and Chiara have been researching for our first paper: having looked at the box, we divided into small groups to explore how we could use different theoretical frameworks and methodologies to research the history of this object and its impact (e.g. object biographies, object agencies, boundary objects, actor-network-theory, social network analysis). From there, we continued our exploration – Christopher Marsden, Senior Archivist, showed us a range of documents from the V&A archives: annual reports and other administrative records, as well as some fantastic photographic albums documenting the construction of the South Kensington Museum and its early displays.

The first panel of our workshop then explored the history of the Science Museum and the impact of Universal Exhibitions in the UK. Dr Rupert Cole, assistant curator at the Science Museum, began by tracing the history of the displays of the Nairne machines from the nineteenth century to date. Dr Alexander Scott, from the University of St Trinity Wales, and Dr Jonathan King, from the Museum of Archaeology and Anthropology of Cambridge, discussed the impact of the 1851 Universal Exhibition on Liverpool’s museums and as well as the impact of exhibitions’ temporary buildings on museum architecture.

On the second day, we moved from Blythe House to the Dana Research Centre and Library, part of the Science Museum, and we metaphorically also moved to Paris. The day started with a paper by Sandra, comparing the press and public reception of British and French displays, and it continued with a panel chaired by André Delpuech on the history of the Musée d’Ethnographie du Trocadéro. Pascal Rivial, Séverine Dessajan and Magdalena Ruiz Marmolejo discussed the early collections of this museum focusing respectively on Peruvian collections, approaches to display of ethnography, and Amazonian collections.

In the afternoon, after a short tour of the ‘Making the Modern World’ Gallery in the Science Museum (led by Rupert Cole and Chiara), Déborah Dubald drew our attention to the multiple entanglements of collections, stakeholders and buildings that shaped Lyon’s National History Museum, while Roberto Limentani explored the theoretical background of Pitt Rivers’ approach to ethnology and museology.

After two days of rich discussions and debates, it was up to Hervé Inglebert, French principal investigator of the project, to summarise the main points that had emerged and to trace the way forward for our project. The two major temporary exhibitions which were discussed at length included the Loan of Scientific Apparatus (1876) and the Universal Exhibition 1878 and generated debate about the following:

The title of the workshop, ‘the evolution of the museum’ proved particularly apt in relation to the final panel and Roberto Limentani’s paper on Pitt Rivers. In showing how Rivers developed a method for categorisation based in chronological typology, Limentani uncovered the evolutionary aspects of Rivers’ thought and Rivers’ revolutionary belief that social progress and human advancement occurs through the education of all classes. In doing so, Rivers gestures towards the museum as a site offering wider education (as opposed to a cabinet of curiosity or centre of cultural and scientific authority), and anticipates the educational remits of museums in the twentieth and twenty-first centuries.

Finally, Chiara showed a preview of the virtual exhibition we have been preparing which will be officially launched at the end of the project, and introduced the theme of our next workshop on the  27th September 2017, Université Paris Nanterre. 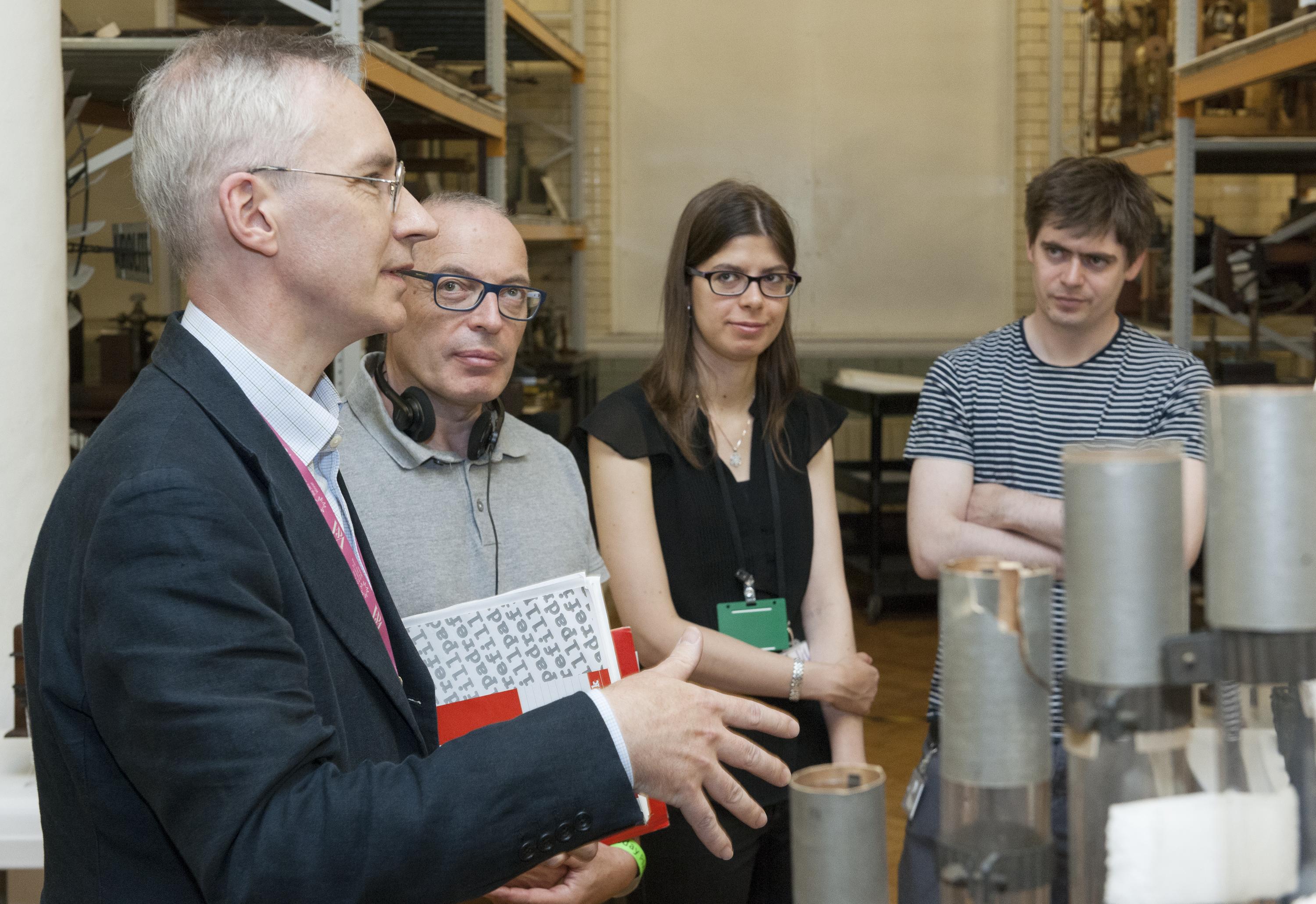 The ‘Universal Histories and Universal Museums’ project: ‘The evolution of the museum’ workshop. Pictured: delegates attending an object study session led by Tim Boon, with objects from the Science Museum 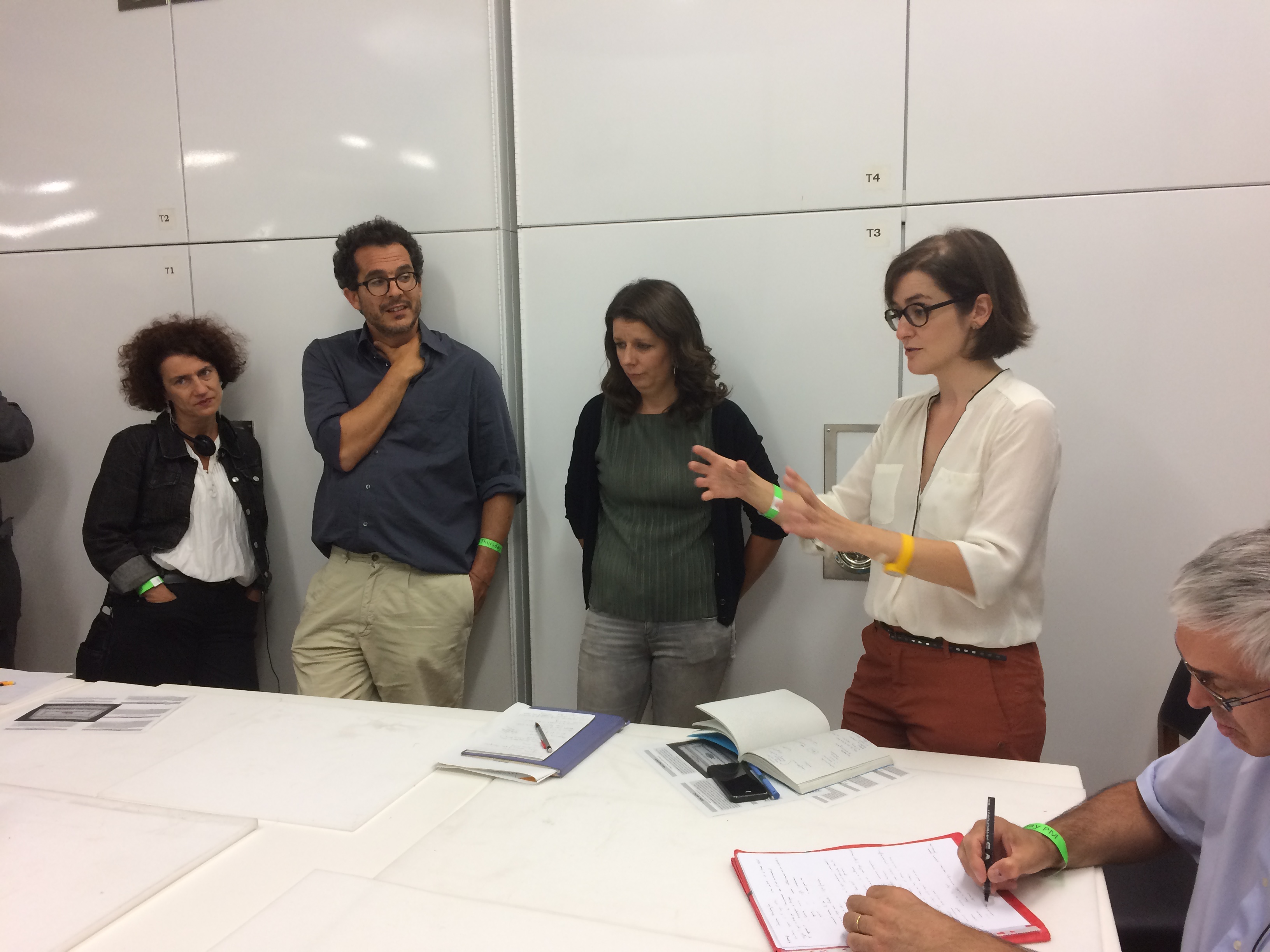