Blog post by Sandra Kemp, Project PI at the V&A, and Chiara Zuanni, postdoctoral researcher at the V&A.

This week we are later with our usual blog update. The reason is that on Monday, we got on an earlier train to Paris for a full two weeks of archival research and exciting meetings there.

We are investigating the case study of the Musèe d’Ethnographie du Trocadèro, and are interested in tracing objects that were first displayed in this museum and are now, mostly, divided between the Musèe du quai Branly and the Musèe de l’Homme.

On Monday, we were welcomed at the Gare du Nord by Hervè Inglebert, the French PI of the project, and we spent the early afternoon discussing the progress of the research with him. Afterwards, we went to visit the Musèe de l’Homme, where we will be found most often over the next few days.

The Musèe de l’Homme first opened in 1937, as the successor to the Musèe d’Ethnographie du Trocadèro (MET). After several decades during which the display was not open to the public, the Musèe finally reopened, completely renovated, in October 2015. The new permanent gallery deals with three main questions: Who are we?, Where we have come from? and What next? 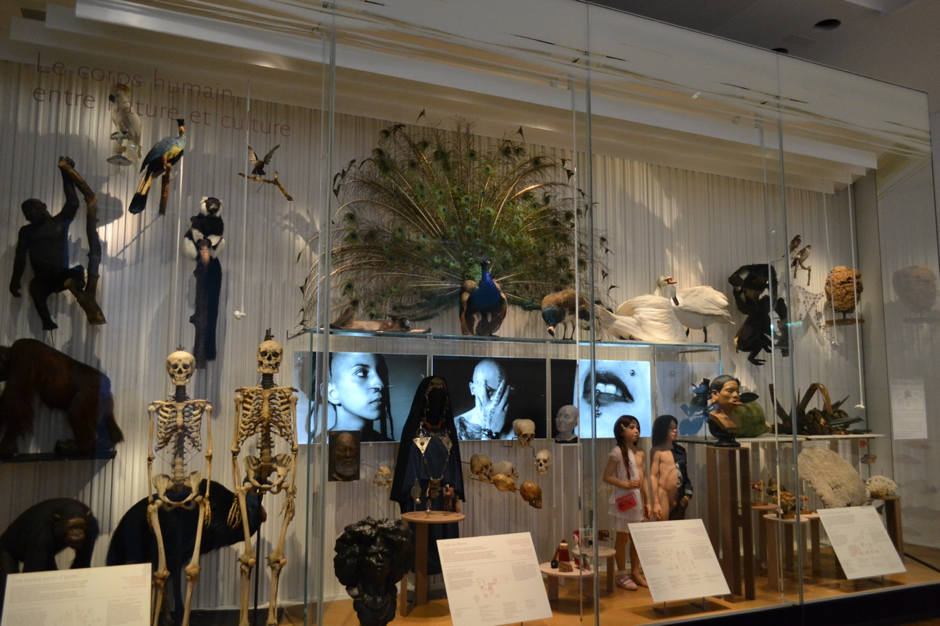 Display in the Musée de l’Homme.

We loved this new display, which merges collections and notions from physical anthropology, prehistory and ethnology. In terms of universal histories, this display challenges us to reflect on the history of the humanity and how people in different places developed different cultures despite starting with the same basic challenges: life, birth, death and the relationships of humankind with changing environments.

Additionally, the temporary exhibition on racism was particularly interesting in highlighting prejudices and stereotypes, proposing a series of case studies that revealed the history of racism (studies on the idea of ‘race’, slavery in North America, Nazism and Rwanda’s civil war) and offering data and insights on the current situation, especially in France. 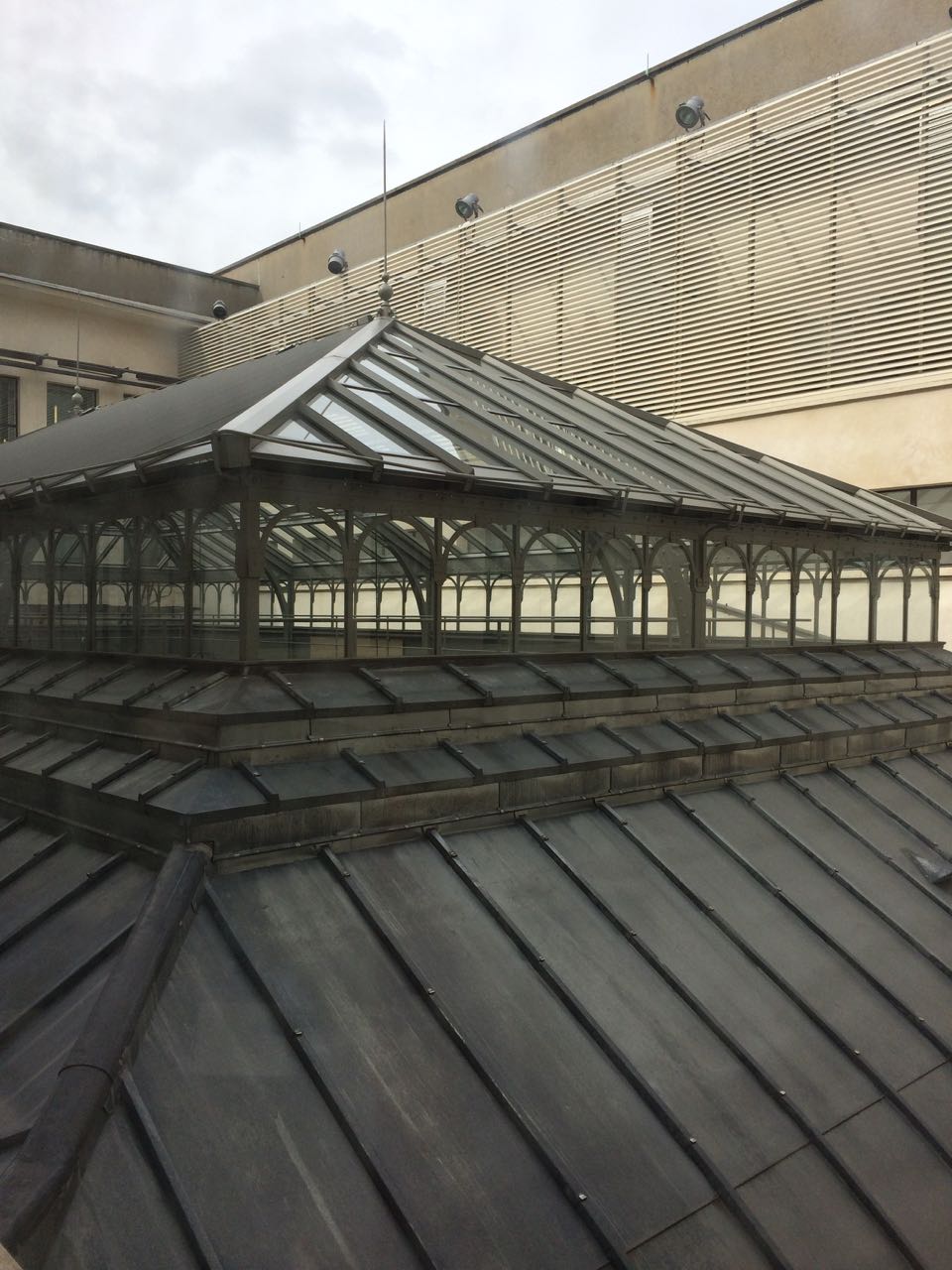 Roof of the original Palace of Trocadéro, built in 1878.

On Tuesday, we continued our research and met the second French co-investigator, André Delpuech. When we started working on the project, André was the Head of Collections and Curator of Americas at the Musèe du quai Branly, but he has now taken up his new role as Director of the Musèe de l’Homme. We loved visiting him in his new office and getting a behind-the-scenes look at this museum!

The Musèe de l’Homme, administratively part of the Musèe Nationale d’Historie Naturelle, includes a large research department in which researchers from various institutions are hosted to develop their research drawing on the collections. These projects are showcased on rotation in the central Balcony of the Musée, a great way to make the research process visible to the public.

Our time in Paris continues with more meetings and more collections to research, so we will post another update soon! 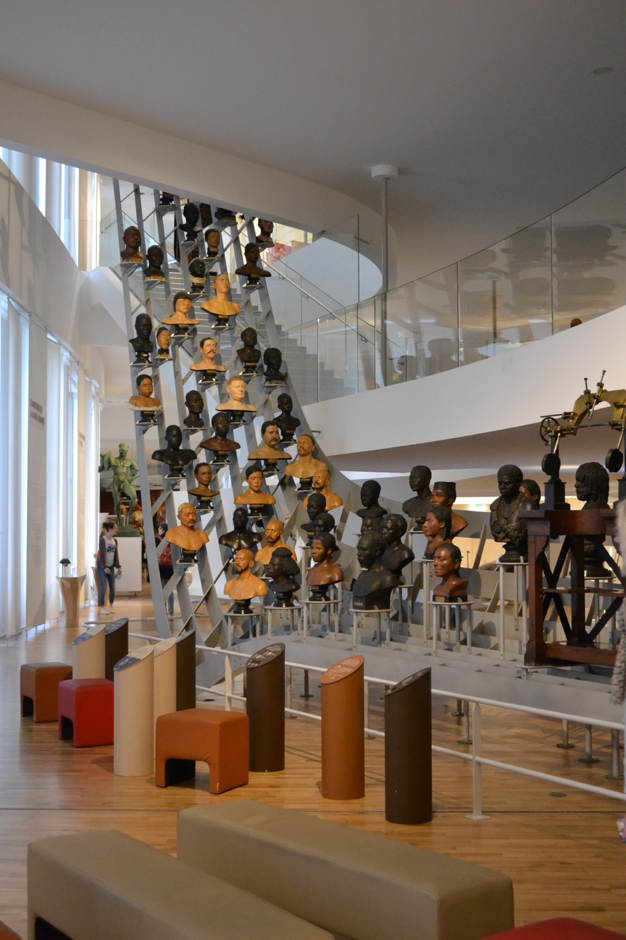 Display in the Musée de l’Homme.

One thought on “Research in Paris: Musèe de l’Homme”