At Lancaster we use a wide range theoretical approaches to sharpen our empirical research. These include constructivism, feminism, actor-network theory, and human-computer interaction. And we use our case studies to push forwarrd cutting-edge theory in Science, Technology and Society (STS). Much of our work is politically and socially committed: we seek to make a difference in particular contexts, but also to reframe issues and topics in new and critical ways. And we work on a wide range of topics, though most of our work falls into four main areas: Health, technology and medicine; Data cultures; Energy and environments; and Disasters and futures. We provide links below, but if you’re interested in the research of particular members of the Centre for Science Studies, please go to the people page.

STS studies of health, technology and medicine are a major strength at Lancaster, with colleagues located across the University, researching a diverse range of topics from a variety of methodological and theoretical perspectives. Some CSS members are located in the Faculty of Health and Medicine and teach and research in that context, others are based in the Lancaster Management School or the Faculty of Arts and Social Sciences. 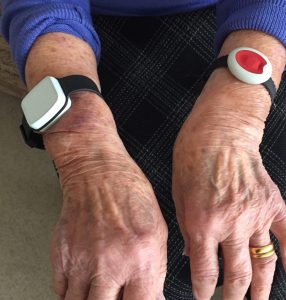 A major focus of our research in this area is ‘innovative’ health technologies, including, for example, health biosensors, reproductive technologies, personalised medicine, digital patient information and radiography technologies. Other work centres on healthcare policies and systems, including telecare, information technology, arts for mental health services, NHS cancer and anaesthesia services and various public health initiatives. Another strand of research explores the technological mediation of practices of care, accountability, responsibility and autonomy. Finally, medical education is also a key focus.

Health, technology and medicine studies in CSS is also richly populated by PhD students, many of whom work on related issues in their home countries, including, to date, Taiwan, Colombia, India, Bangladesh, Sweden, Denmark, Finland, the Netherlands, Spain and Mexico as well as the UK. 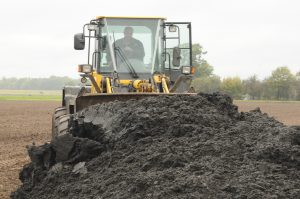 We are currently working on a whole range of different issues including: the circulation, use and value of cattle slurry; the potential effects of greenhouse gas removal technologies on carbon emission targets; the role of women scientists in twentieth-century freshwater biology; food hubs in cities; and collective food growing projects. And we have lots of great PhD students working on interesting projects, including Bovine TB, neighbourhood planning, the certification of Columbian coffees, solar panels and energy production in Taiwan, e-waste in Ghana and China, and on non-capitalist collectives.

First point of contact for the energy and environment: Claire Waterton

Disasters and emergencies comprise unique and troubling entanglements of nature and culture. For example, climate change or social vulnerability can greatly exacerbate how ‘natural’ hazard events are experienced. Disasters are complex and multiple with interacting (pre)conditions and temporalities. To follow Claude Gilbert, a disaster can be the consequence of a blow or sudden event such as an earthquake; it can be an expression of social vulnerability (as seen vividly as the levees broke in New Orleans 2005), or it can be about entering into a state of uncertainty such as living with risk of flooding; fear of becoming a refugee, mass migration from war.

Emergency planners and civil protection officials face a chronic paradox: they must put in place measures to protect/respond to disasters, but they also know that each disaster is distinct, so that plans never quite match ‘on the ground’ realities. Part of this distinctness has to do with social positioning, vulnerability, age, gender, disability and migration status.  Disaster may destroy culture but also create cultures of resilience, or more negatively, cultures of marginalisation. 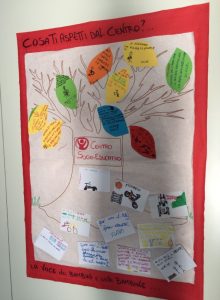 Cultural sensitivity is essential to effective disaster management and disaster risk reduction, yet disaster plans still largely view those humans affected as victims and as a homogenous group. The EU CUIDAR (Cultures of Disaster Resilience Among Children and Young People) project coordinated from Lancaster is collaboratively examining risk perception and disaster management through the cross cutting perspectives of children and young people, taking into account a wide range of cultural differences. Recently we visited the area around Amatrice, central Italy and spoke with local people and colleagues working with children after the August 2016 earthquakes. Acknowledging that most people were killed by the poor seismic standards of buildings, investigations are under way into what is acknowledged to be a sociotechnical earthquake.

We have also been exploring how futures are projected and contested in struggles over technoscientific projects. We have been especially engaged with the concept of the imaginary and its growing use in the Anglophone STS literature. This trend shows that ‘whereas science and technology were formerly generally regarded as the domains of facts and artefacts, they are now also associated with storytelling, imaging, and imagining’ (McNeil et al 2016: 457). At the same time we have been exploring how scientists, engineers and entrepreneurs seek to shape how we think, act towards and feel about possible futures. For instance, Richard Tutton analyses contemporary speculation about multiplanetary exploration and settlement through STS work on “sociotechnical imaginaries”, developing analysis of what he calls the ‘multiplanetary imaginary’ to open up a critical space to ask questions about the politics of this endeavour. But dark imaginaries are also having a resurgence around the figure of the humanoid robot or ‘AI’, a longstanding subject/object of research by Lucy Suchman. That figure’s latest resuscitation, underwritten by the intensification and extension of networked computing, takes the familiar form of the electronic brain recast as a ‘deep learning’ mind. Tracing the circuits of artificial intelligence through domains of militarism and medicine, STS-informed analyses circle back to connect again with questions of cuidar, or care.  See for example Lucy’s contribution to last year’s NYU symposium entitled ‘AI Now’ (beginning at 1:48:43), as well as to the campaign for a ban on autonomous weapon systems.