A significant portion of all degraded land globally is found in Sub-Saharan Africa, where 660 million hectares are losing nutrients and eroding. High density grazing contributes to this process: damaging soil fertility, adding to nutrient and sediment loads in streams and releasing more greenhouse gases.

Land degradation also means more precarious incomes for farming communities, higher vulnerability to climatic variability and lower food security. It also puts pressure on adjacent forests, in which farmers are forced to graze. In East Africa, extensive forest areas have already been converted to grasslands and to agriculture, largely driven by the expansion of crop-livestock farming, a preferred livelihood option in these regions.

Recovering the functionality of degraded land is difficult. But it is urgent if we are to secure future food while simultaneously protecting high carbon and high biodiversity ecosystems. Human populations are projected to increase in Africa where a large proportion live in rural areas, and where agriculture is an important source of income.

Several initiatives support landscape restoration, notably AFR100 which gathered commitments from African governments to restore 100 million hectares of degraded land. The ReDEAL project focuses on densely populated areas of high agro-ecological potential, such as the East African highlands, where there is an urgent need to implement restoration approaches alongside agricultural intensification. 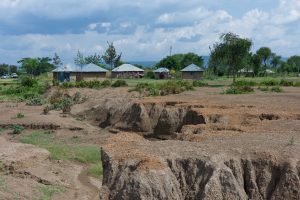 Various approaches have been proposed to restore degraded lands. However, they have largely been applied in dryland regions, and not in humid grassland regions, such as the East African Highlands, which are typically more exposed to livestock degradation due to higher livestock stocking rates. There remain major uncertainties about how processes of restoration can be implemented and sustained amid competing demands for land in these regions.

The first part of the project assesses the state of land degradation in two areas of Kenya.

The third part engages with communities and stakeholders to identify opportunities to support restoration and livelihoods by considering alternative livestock management and governance scenarios.