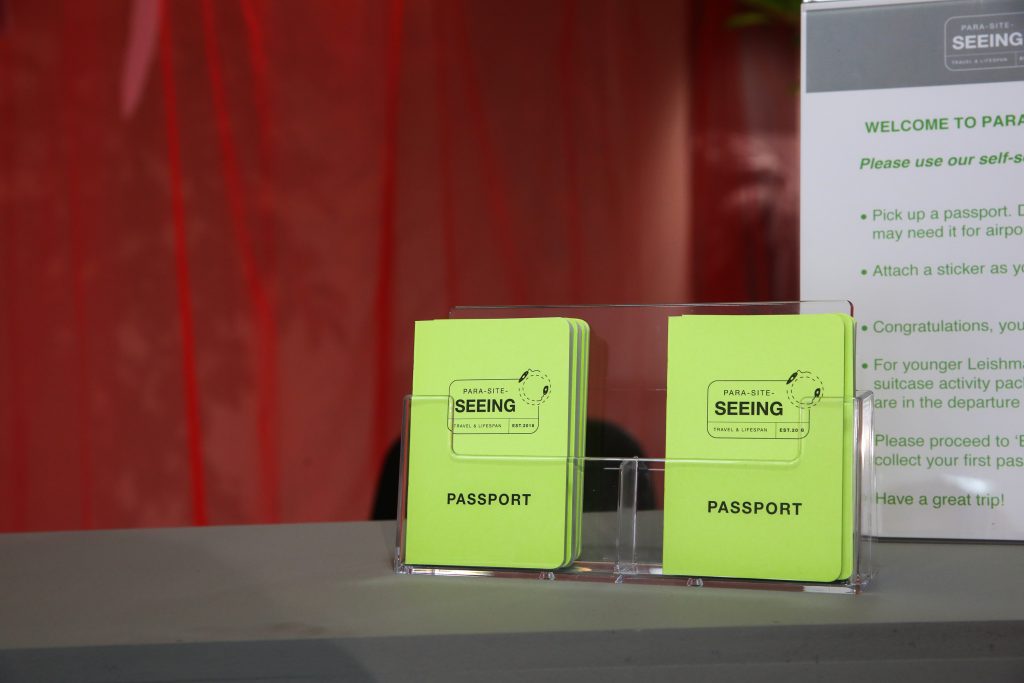 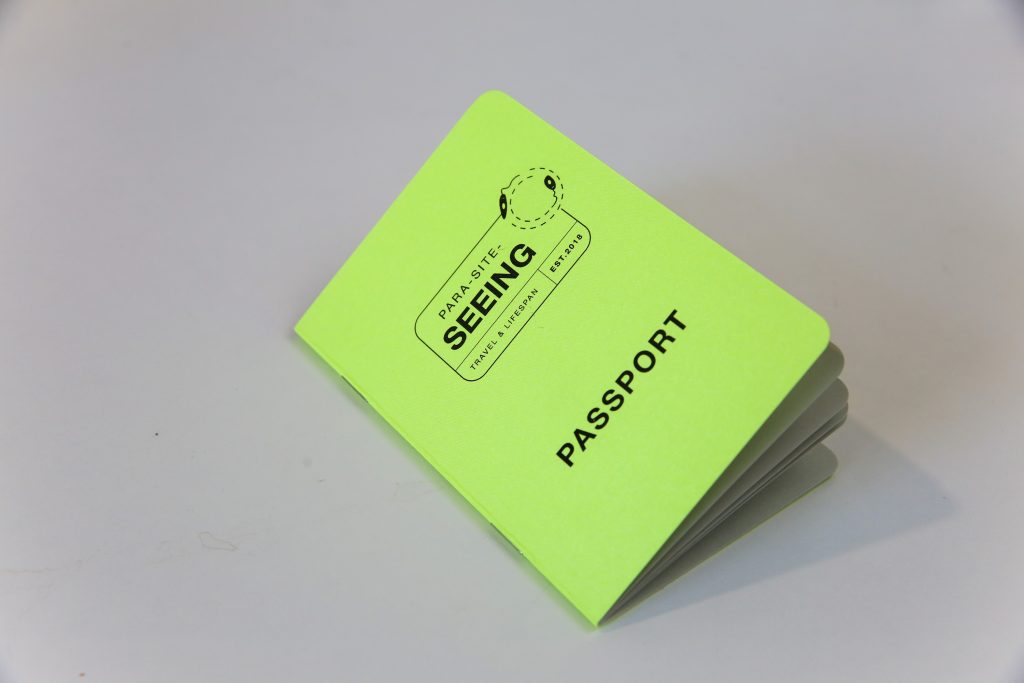 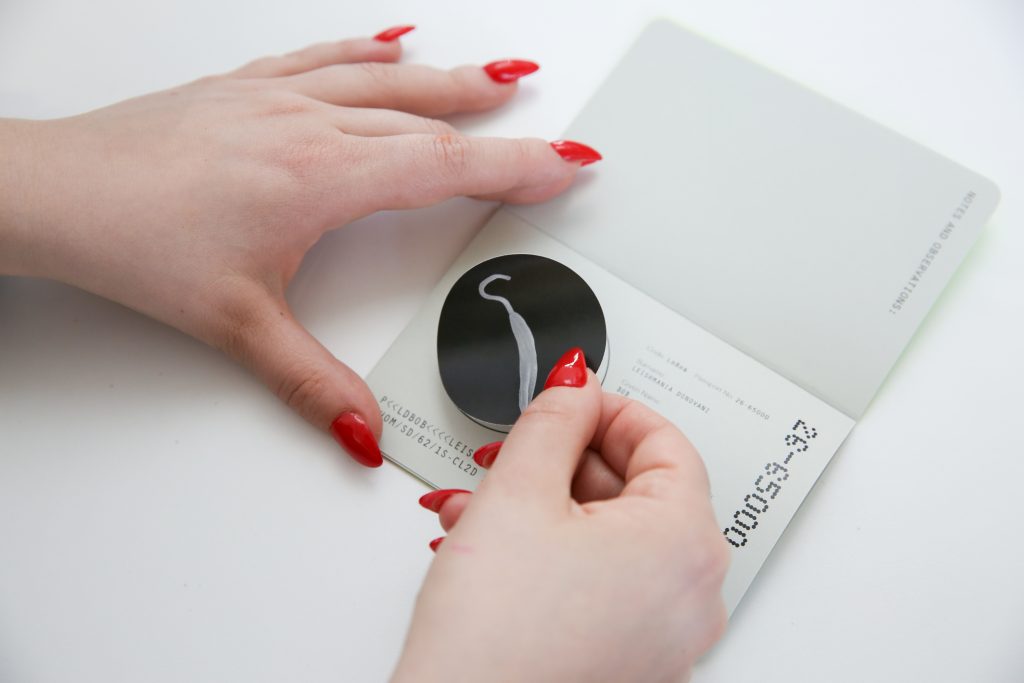 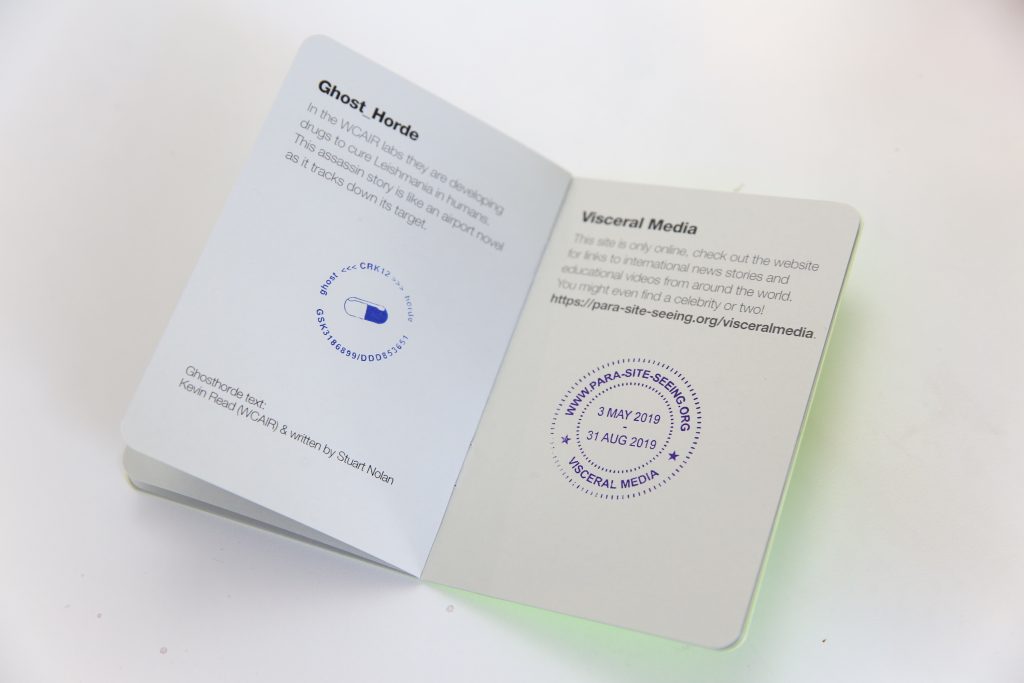 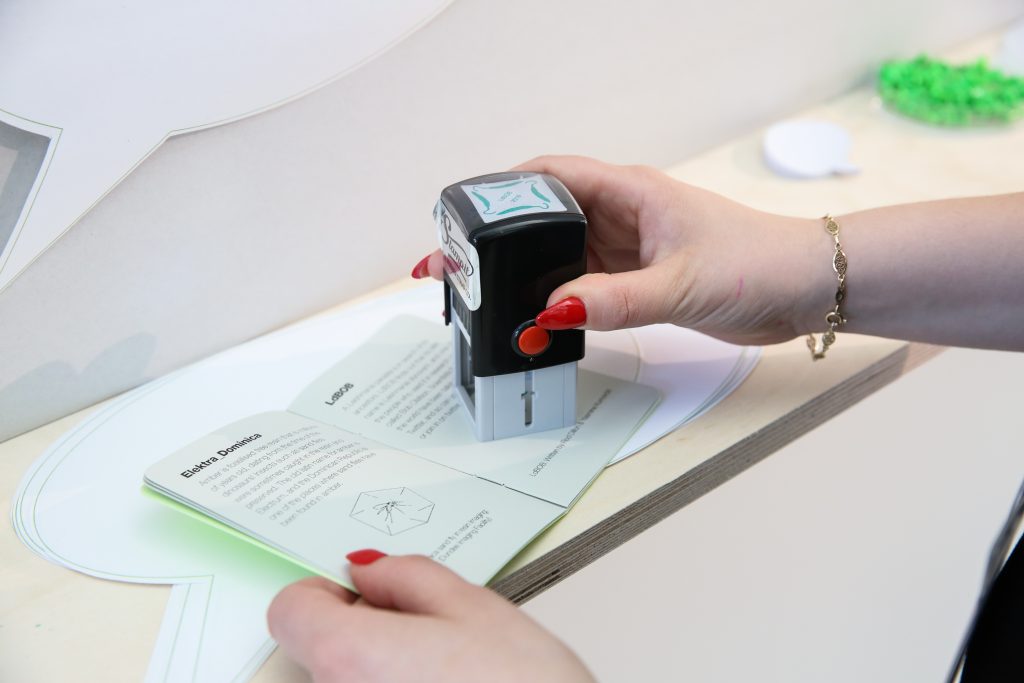 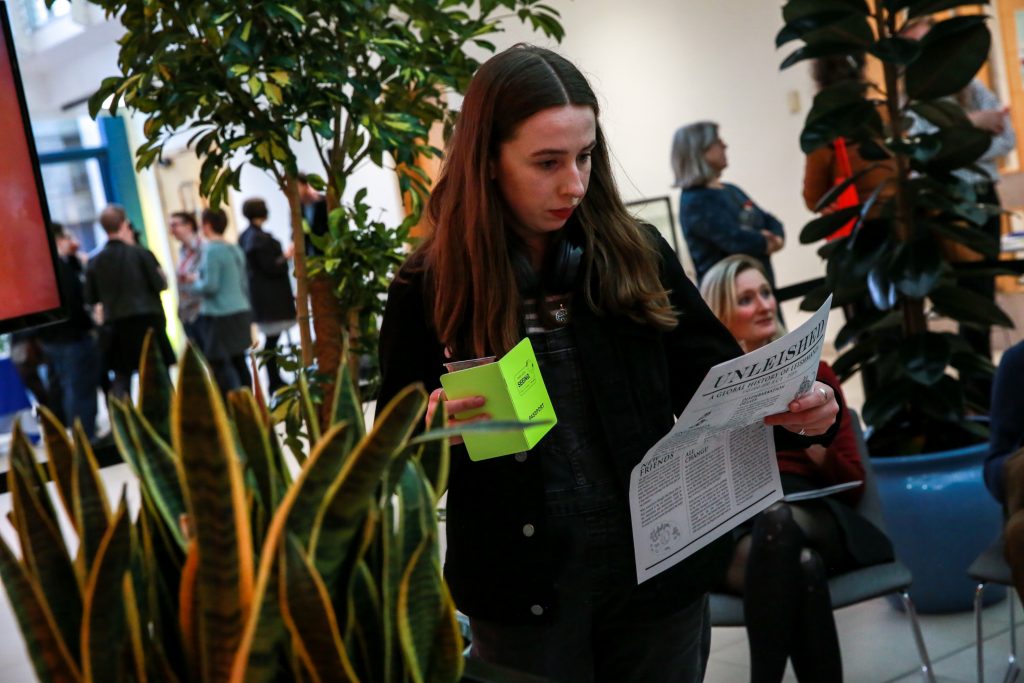 Para-Site-Seeing: Departure Lounge (2018-20)  is an art-science collaboration between Rod Dillon and Jen Southern exploring the deadly mobilities of the Leishmania parasite. It began as an online digital project, conceived as a way to think about the perspectives of non-human life. In this case a single celled organism called Leishmania, the cause of a medically important set of diseases named leishmaniasis.

In Lancaster University where we are both based, and at the Wellcome Centre for Anti-Infectives Research in Dundee, we worked with scientists, writers, artists, students and imaging experts to try to imagine the world from the perspective of a microscopic parasite. This research became eight different stories told through social media and a website. The website content evolved to be part of a physical exhibition titled Para-Site-Seeing: Departure Lounge. The eight stories were situated at different parts of the departure lounge, and visitors were invited to ‘become’ the Leishmania parasite and travel through the installation collecting passport stamps. The work was co-commissioned by NEoN Digital Arts and Wellcome Centre for Anti-Infectives Research (WCAIR) for LifeSpace Science Art Research Gallery in Dundee, Scotland.

The deadly Leishmania parasite has been travelling for millions of years, catching flights between humans, dogs and other animals using sand flies as their mode of transport. Throughout human history, the parasites have exploited conflict and competition to move between continents. Para-Site-Seeing brings a multi-species mobilities perspective to scientific research on Leishmania. By focusing on movement we see the parasite at multiple scales and entangled with bodies, histories and travel. On a microscopic scale the parasites evolution enables it to move within bodies and across boundaries. On a macro scale the Leishmania parasite is embedded in human histories in a different way. Resident in war dogs it travelled to Brazil with Portuguese conquistadores and was picked up by local sand flies. Colonial rail networks in India helped its spread across the continent. The reptile form of Leishmania appears to have been present in pre-historic times, perhaps even co-existing with dinosaurs. In the present day out breaks in Syria demonstrate how war and poverty make fertile grounds for the parasite to spread. Meanwhile in the lab strains of the parasite have been isolated and bred for research, living in colonies ‘out of body’ in flasks and cryogenic suspension.

Para-site-seeing endeavours to tell these complex stories through travel metaphors – taking on a ‘para-site-eye view’ to enable an accessible and coherent narrative. This shift in perspective encourages the viewer to engage with the lifecycle of the parasite in new ways. By identifying with this ‘voice’ the narratives explore the lifespans of the Leishmania, the sand fly and their life in the lab. As a disease it is usually depicted with images of suffering and disfigured bodies, by refusing this often ‘othering’ and neo-colonial narrative, we strive to generate new ways of engaging a wider audience with life-saving research. Despite the playful and accessible voice of the work most of the narratives also involve death, of insects, humans, mammals, and Leishmania.