“From the outset the experience of being involved in creating the conference and co-managing the process of making and filling out the Conference programme, was all about meetings. Meetings with STS colleagues from across the Campus, in rooms across the Campus; meetings, largely virtually, with NomadIT, their patience, skill, experience; meetings with Cocoa (the IT bit of NOMAD), its logic, quirks and oddities.

These meetings were in various ways opportunities to learn, be frustrated, at times be creative; to enjoy listening to fantastically imaginative, but then wonder which ones could possibly make it into the Conference, and which not (more did than not). These meetings made clear that conferences are not one thing, they are thoroughly multiple, made through tradition, norms, learning and experimentation. And evidently they are experienced differently, encountered through diverse expectations that as conference planners we tried to imagine, foresee, resist or accommodate, with the contingent always in mind (weather, transport, power cuts). EASST2018 at Lancaster was for me a meeting of anxiety, pleasure, inspiration and amazement, and you couldn’t ask for much more than that”.

“My EASST conference was all about ‘meetings’. Meeting 1 started on the train between Cardiff and Crewe. I ended up sharing a table with Joanna Latimer. We had never met before, yet quickly realised we were off to the same conference. Although a brief meeting, we managed to discuss Bourdieu, Wacquant and Comte, as well as the sessions we were taking part in: it was a very pleasant first meeting.

Meeting 2 occurred on campus. I decided to join the ‘Infrastructuring in STS’ workshop. Although I had not signed-up, the organizers let me join and I’m glad they did. Both of the sessions were really well run, good fun and provided an opportunity to talk with people in an environment not orientated around short presentations and necessarily brief Q&A’s. I came away from the workshop with some new references and more importantly some new connections – which are important for future meeting making.

Meeting 3 also involved Joanna Latimer. Having met on the train, I decided to go to a session she co-convened regarding entanglements. As it turned out, I knew the first presenter and it was nice to hear how her work had progressed over time. Staying to hear the other presenters in the session also proved a good decision. I learnt, amongst other things, about the intimate entanglements of humans and bedbugs. It appears that we are involved in meetings, even when we do not realise it.

Meetings 4, 5 and 6 all took place over lunches. Each lunch provided an opportunity to sit in the sun (yes, in Lancaster), enjoy the food and talk. I managed to dissect the World Cup over one sandwich and over another the concept of energy demand. The whole conference thus continued as it began, with enjoyable and fruitful meetings”.

“Along with so many others, I found this year’s EASST conference to be a profusion of meetings both intellectual and playful (the highpoint of the latter for me being the perfectly fabulous dance band Groove Cutters, who had the tent rocking at the Friday night social event).  I was delighted to join in the sub-plenary ‘Meeting Frankenstein’ on the conference’s opening day, along with my inimitable co-panelists Maureen McNeil and Christopher Frayling. I titled my contribution to the panel ‘Frankenstein’s Problem,’ taking inspiration from the closing chapter of Langdon Winner’s classic Autonomous Technology (1977). This chapter is the articulation of a deeply ambivalent relationship to technological power, and to the wider modernist fantasy of control.

The themes that I raised in my reflections on the 200th anniversary of Mary Shelley’s iconic text came back to meet me in another moment of the conference, quite unexpectedly. On Thursday evening we all decamped to the Lancaster Town Hall, for a remarkable panel chaired by Maggie Mort on ‘Meeting Energy.’ Here Andrew Sterling, João Camargo, and Gillian Kelly (a local anti-fracking activist from Lancashire, arrested with her husband and son on the front lines a short time before), addressed the struggle for sustainable futures and environmental justice. The most stunning moment of an overall memorable evening for me was a closing statement by the brilliant Andrew Sterling, locating the roots of the problems that we had been discussing in the fantasy of control. Frankenstein’s problem, in other words, still with us in the modernist genealogies that shape technology’s contemporary forms. The promise of monsters, in contrast, is that they might come back to challenge their makers, questioning the normative orders that are the conditions of possibility for their monstrosity, and forming new alliances for the making and meeting of worlds”.

“Well, by Saturday morning I was knackered. I’d been immersed in organisational intricacies in the weeks leading up to the conference; catching up with people and catching as many of the diverse and enticing panels as I could on Wednesday and Thursday; spent a full day alternately chairing, presenting and discussanting (if there is such a word) in the panel I’d convened on Friday; and had perhaps the slightest of hangovers from the really quite splendid Vertex social event on Friday night. And now it was Saturday morning, and in what must have been a moment of sleep-deprived delirium, I’d volunteered to chair a Varia panel. On Saturday morning. I was going to have to try to publicly make sense of and draw out common themes from four papers which, pretty much by definition, had defied attempts to be fitted into a category. With a hangover. With weeks of insufficient sleep. And, I’m not sure if I mentioned, on a Saturday morning. This was not a meeting I was looking forward to.

But what a wonderful meeting it was. It brought together papers on street art and contemporary planning practice; informal status differentials amongst Quakers; trade, law and war in early colonial Bombay; and tinkering, innovation and care around hip replacement surgery. Beautifully assembled by the Programme Committee, it connected scholars with radically different backgrounds and interests around themes of hierarchy and collaboration, exclusiveness and diffusion, and creativity and order. The audience were engaged and prompted stimulating and entertaining discussion between the panellists with relevant and insightful questions (none of which, as I recall, was a lengthy comment in disguise). For me, it exemplified the theory and practice of coming together in difference, crossing disciplinary boundaries, and finding commonality in unexpected places. Peak STS. Even on a Saturday morning”.

“All conferences are meetings and partings and meetings and partings, and with twenty-plus parallel sessions, this wonderful 2018 EASST meeting was more multiple than some. But in the particular conference in which I participated, I listened to talks given by people whose native languages included Arabic, Chinese, Danish, Dutch, English, German, Greek, Hungarian, Italian and Spanish. I didn’t hear a paper by native Bengali speaker, Hasan Ashraf, because the UK’s Passport Agency didn’t issue him a visa until the day he was supposed to be giving his talk. A shameful non-meeting. But/and, all the papers that I did hear were in English. My point is that the Conference was also a meeting of languages, albeit in a somewhat backhanded, backchannel way.

One: English is therefore some kind of a meeting place for STS. Arguably this is enabling, as it is in many and perhaps most other fields. So, for instance, the World Indigenous Research and Education Conference (https://wirec2018.weebly.com) at the end of August was also in English, and more or less necessarily so.

Two: for an EASST meeting this isn’t so surprising, but eight of the eleven languages I’ve listed above are European. I didn’t get to hear Tamil, or Quechua, or Yolngu, or Indonesian, or Japanese native speakers, even in a back-handed English-mediated way. So that’s an asymmetry.

Three: But/and, even if we stick to the European languages the meeting was also an asymmetrical set of language relations. This is not a complaint about EASST. English is structurally dominant in STS as it is in many branches of the academy and EASST cannot buck the trend. That said, it seems highly likely that native English speakers have an advantage. They talk and they write, as it were, ‘naturally’. They’re not struggling with a non-native tongue. They’re unlikely to be pushing ideas organised in one linguistic idiom into the foreign shape of another. Neither are they struggling with a different kind of rhetoric. And, of course, the problem works itself through all our various STS institutions. To state the obvious, in STS mostly you need to get published in English.

Four. The character of this asymmetry can be specified in a dozen different ways. Here’s one that is EASST-relevant, seems trivial, but is also important. Some native English speakers recognise the problem. When they talk they know that what they say isn’t necessarily going to be transparent. They talk clearly, they don’t gabble, they limit their use of idiom and local English-cultural referents, and their PowerPoints and Prezis also help the non-native along. While others, I’ll be blunt, don’t. At which point we get a serious non-meeting of languages.

But then, five, something more subtle is happening too. This is because often enough translating into English isn’t just a technical or a rhetorical problem. Here’s the issue. Phenomena including STS-relevant phenomena are done more or less differently in different languages and the practices they grow out of. Even in somewhat similar Western European languages. But STS mostly does itself in English, and with English language assumptions. So there’s a conceptual problem too. What to do with a set of assumptions that work in (say) French but not in English? Forget about them? Twist them into English at the risk of losing them? Go into them in detail? Or make a fetish of not translating them at all in the hope that the self-evidence of English language habits will be undone just a little? (Liv Østmo and I tried this last option out at EASST with a Sámi word-and-set-of-practices, in a session that precisely focussed on the problem of translation and English language domination.)

So, finally, six, I think we’re also missing out in STS. All of us. Because (to say it grandly) our conceptual architecture is English-dominated. Which means that ‘we’ in our English language STS never get to meet other ways of knowing that do not fit, and never get to think with them”. 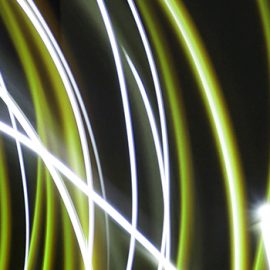