In response to supply chain precarity and a global shortfall in semiconductors, the European Commission recently introduced a digital sovereignty act known as the European Chips Act (see also the US predecessor, the CHIPS for America Act, or US Chips Act, and the newly proposed FABS Act). The Commission proclaims that this policy will “bolster Europe’s competitiveness, resilience and help achieve both the digital and green transition.”

The economic argument for European digital sovereignty is clear:

“The Union has the assets to become an industrial leader in the chips market of the future. Its ambition is to double its world production share today to 20% in value by 2030. The goal is not only to reduce dependencies, but also to seize the economic opportunities as the global market for semiconductors is expected to double before the end of the decade, increasing competitiveness of the semiconductor ecosystem, and of industry at large, through innovative products for European citizens” (from the Chips Act proposal dated 8.2.2022).

As the Chips Act rightly notes, there is growing demand for semiconductors. But as each region scrambles to ensure they get a “piece of the pie”, we need to pause to consider the environmental and social/humanitarian impacts of enabling unrestrained growth in demand for computing. Despite the optimistic rhetoric about the Chips Act being mutually beneficial with respect to economic and environmental policy aims, this is only true if semiconductor technology is deliberately steered towards meeting the needs of a sustainable transition.

It is a common misconception that more efficient technologies are ipso facto less environmentally impactful because they require less energy to run. The claim that the Chips Act aligns with climate policy rests almost entirely on this assumption (though some might also argue that regional production will reduce supply chain emissions). In their official response to the Chips Act, ACM Europe’s Technology Policy Committee outlines why massive investment in production of “ultra-low power energy efficient” chips is unlikely to yield net reductions in carbon emissions. For one, the Chips Act makes the common mistake of focusing on use phase emissions, ignoring the far greater emissions that occur in the production phase. (Disposal phase considerations are also conspicuously absent, except for imposing restrictions aimed to reduce packaging waste.) In short, chips are rarely used long enough to accrue savings large enough to negate the cost of their production. Secondly, while the Chips Act serves to meet current demand, innovation in semiconductors will enable new technologies and new ways of living and conducting business, driving up that demand over time. In trying to understand why the carbon footprint of information and communication technologies continues to rise despite continual improvements in efficiency, we can look to these dynamics surrounding semiconductors as a useful illustration of rebound effects.

There is another lesson to be learned from the Chips Act, namely that environmental policies cannot be (but typically are) considered in isolation from other regulation. The Chips Act is, first and foremost, an economic policy. It funds the ramping up of semiconductor production in Europe and innovation in these technologies and applications because it makes economic sense to do so. But it would surely have been written very differently if motivated by environmental considerations and shaped in accordance with environmental policies. It would fund production of the specific components needed to enable key infrastructural transitions, such as solar power and electric vehicles. (This is also an unmet need, and meeting it would spur economic growth; though perhaps the economic potential of infrastructure upgrade pales in comparison to that of inventing new uses for AI, a repeatedly stated motivation of the Chips Act.) It would carefully account for the net environmental impacts of each proposed investment, for example, ensuring that the up-front costs (construction of new fabs as well as production of the additional semiconductors) can be recovered within the timeframe needed to meet international climate commitments. And it would prioritise the application of a deliberately limited supply of semiconductors for purposes which can be justified in terms of human thriving within a resource constrained future.

Carbon emissions from digital technology are large and steadily increasing. It is estimated that emissions from this sector are currently between 2.1-3.9% of the global… 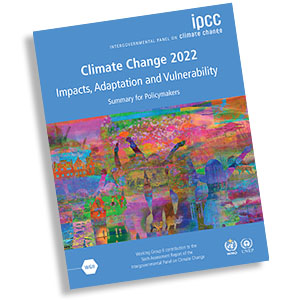