The new IPCC (Intergovernmental Panel on Climate Change) report reinforces the importance of research projects such as PARIS-DE in contributing to a more sustainable world and mitigating the effects of climate change. PARIS-DE is particularly focuses on digital technology, ensuring its responsible innovation and creating reductions in the carbon emissions associated with the digital sector.

The report warns that climate change impacts are already being felt around the world, more keenly by those in poorer and more vulnerable areas, and that the window to take effective action to mitigate and adapt to climate change is closing fast. The report points out that adaptation measures need to be concerted involving governments, private initiatives and communities working across different sectors. The challenge is to create effective adaptation through responsive mechanisms to monitor and manage conditions, disseminating information about sustainability, and engaging communities in the process. This is where digital technology has an important role to play – in providing the digital innovations and tools to enable those actions. Those creating digital technologies also must make sure that their innovations are not adding to the problem by increasing carbon emissions.

On 28th Feb 2022, the United Nations IPCC published a new report that paints a very worrying picture for the future of humans and the natural environment. It asserts that human-induced climate change has already been causing damage with irreversible impact to nature and is affecting people’s lives.

“The cumulative scientific evidence is unequivocal: Climate change is a threat to human well-being and planetary health. Any further delay in concerted anticipatory global action on adaptation and mitigation will miss a brief and rapidly closing window of opportunity to secure a liveable and sustainable future for all.”

According to the report, these changes can be seen in the increased frequency and intensity of extreme weather events, bringing floods, drought and fire. They have led to losses of species and the deterioration of ecosystems in land, fresh water and in the sea. They have also started to affect human systems, with reduced food production, water scarcity, impacts on health and wellbeing and damages to infrastructure and cities and settlements. In addition, those impacts are felt in greater intensity in poorer areas of the planet that have increased vulnerability.

At the root of the problem is unsustainable development including our patterns of consumption and production and our use of natural resources. Changes to curb emissions with the aim to keep temperature rise below 1.5°C as per the Paris Agreement must start now. The more the climate changes, the greater the complexity of the problems it causes and the more difficult it would be to manage its effects. Exceeding the 1.5°C target could cause irreversible damage.
The report, however, provides hope in pointing out many ways to adapt and mitigate the impacts of climate change – some of which are already under way. Still the warning remains, if we don’t act fast and temperatures are allowed to increase, adaptation efforts will become more difficult and less effective in the future.

Another issue to be avoided is ‘maladaptation’, whereby measures are created to deal with climate change that in the longer term will contribute to negative impacts of climate change.  This is the area where projects such as PARIS-DE will have the most impact: helping to create digital innovations in a sustainable and responsible way.  Digital innovations will inevitably play a crucial role in helping to build a society that can cope with a warming climate. There is scope for digital technology to make better use of energy and other resources, improve water management and irrigation, the yielding of crops, the planning, assessing, monitoring and managing of responsive systems to for adaptation and mitigation. It must do so while at the same time keeping its own carbon emissions and ecological and social impacts in check. This is the goal of our work. If you are interested in orking together on this, do get in touch.

Carbon emissions from digital technology are large and steadily increasing. It is estimated that emissions from this sector are currently between 2.1-3.9% of the global… 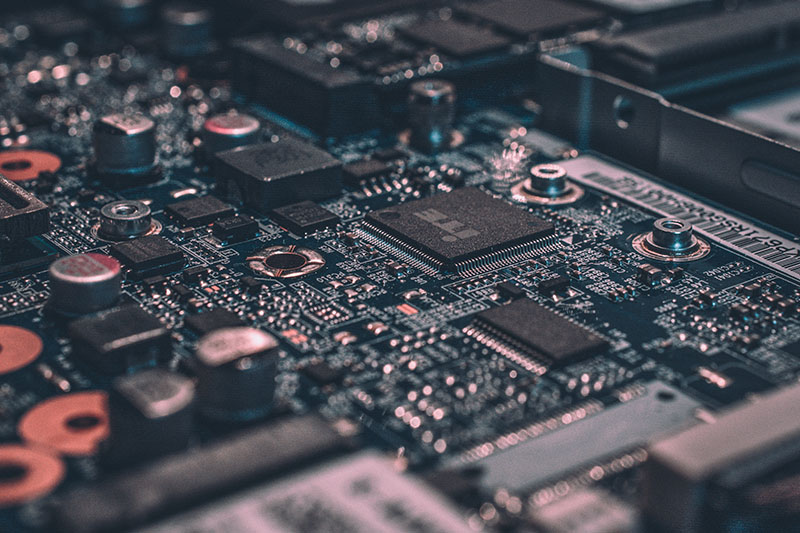 In response to supply chain precarity and a global shortfall in semiconductors, the European Commission recently introduced a digital sovereignty act known as the European…