Thomas Birch, one of our Co-Investigators, is part of a team that has published results on the coinage from Jerash/Gerasa, challenging the ‘5th century CE monetary crisis’, identifying potential metal sources and furthering our understanding of monetary organisation in the Eastern Mediterranean.

In his paper, new compositional and metallographic data are presented for the fourth to eighth century CE copper coins from the Northwest Quarter of Gerasa/Jerash, Jordan. The majority of the coins are small copper and copper alloy nummi minimi from the Late Roman and Byzantine periods. Also represented are pre-reform and post-reform fulūs minted under the Umayyad dynasty. Seventy-one coins (55 Roman, 4 Byzantine, 3 pre-reform and 9 post-reform) were characterised using optical microscopy and micro-X-ray fluorescence (μ-XRF) spectroscopy. Lead (Pb) isotopes were measured for a subset of coins. We find that all coins were cast as flans before striking and that there is a discernible increase in alloying and debasement of copper during the fifth century CE and end of the seventh century CE. The Pb isotope results suggest the use of copper metal from the Aegean and the Arabah, and lead metal from Western Europe. The temporal changes in the alloy composition suggest periods of optimisation in the use of raw materials whilst maintaining a continuity in the technology used in minting coinage, perhaps related to broader economic and monetary issues associated with the fifth century CE and the coin reform of‘Abd al-Malik.

Check it out here! 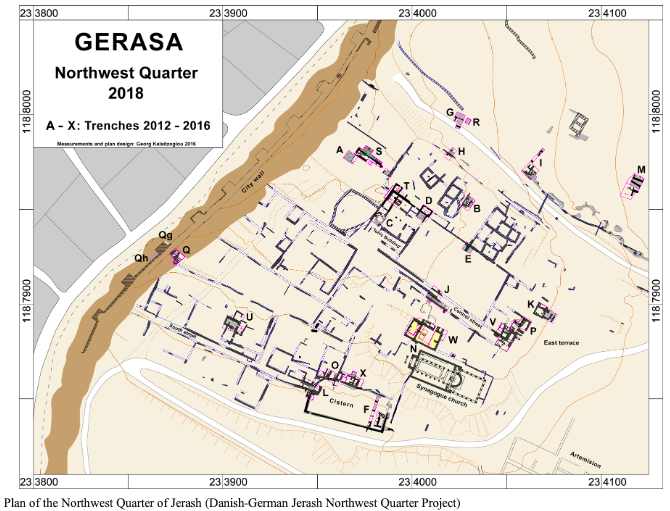