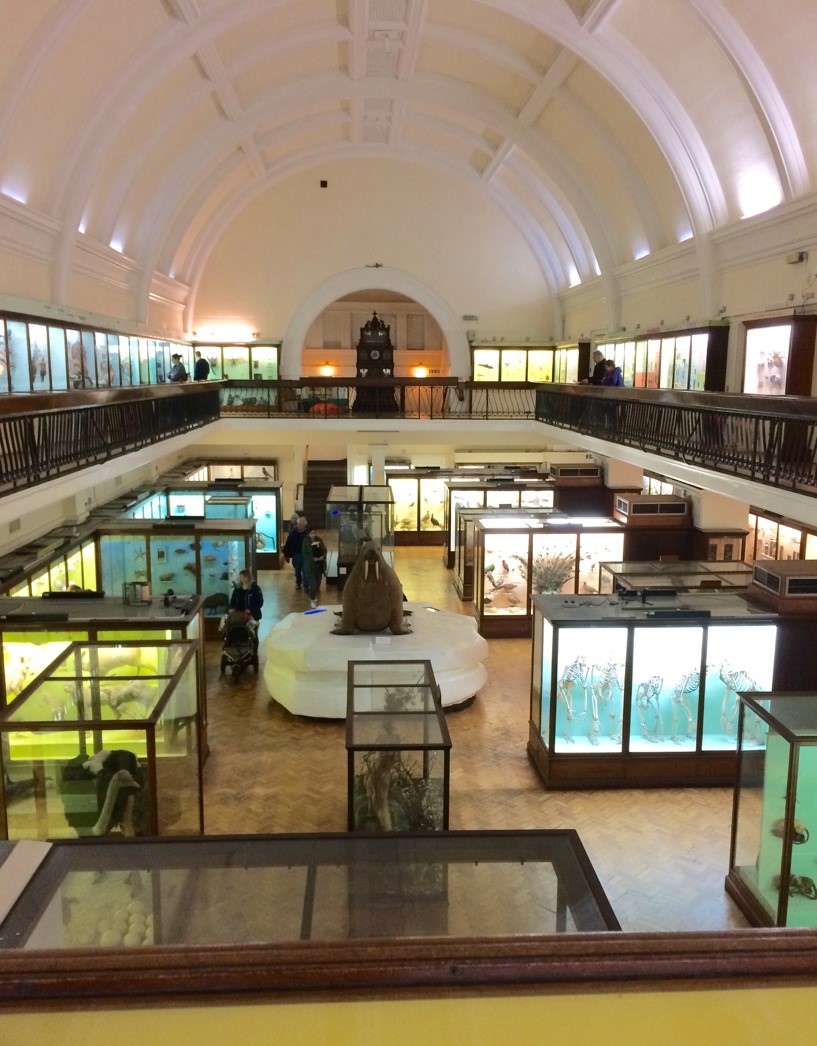 Blog post by Chiara Zuanni, postdoctoral researcher at the V&A.

Last week, I went with Sandra to the Horniman Museum to try to trace some objects we have encountered in our archival research.

Although the Horniman Museum opened in 1901, collections acquired by the Horniman family have been on display since 1890 in their former residence, known as Surrey House Museum.

While researching the history of the writing desk donated to the Prince of Wales in 1875 during his visit to India, we found some correspondence files between the V&A and the Horniman Museum. In June 1912, Sir Cecil Smith (Director of the V&A) wrote to his counterpart at the Horniman Museum, which was managed by the London City Council, proposing to loan a few ‘Oriental objects’ that were ‘not required’ for the V&A, on behalf of the Queen. Among these objects, there was also our writing desk (which is now stored in the V&A).

However, what is most interesting is the reply from the Horniman Museum: the objects did ‘not fit in with the scheme of the Museum’. While priding themselves for the appreciation of the Queen and Her Majesty’s recognition of ‘the efforts to make the Museum of real value to the people of London’ by the Committee of the Council in charge of the Horniman, the letter firmly points out the need to be selective in the acquisition of new objects, due to space constraints. Curiously enough, though, in the Horniman Museum and Library Annual Report for 1912, there is a mention of a loan from the ‘King and the Queen’ of a collection ‘chiefly of objects of native workmanship from India’ (p.7). Thus, our research is not yet finished and we hope that our writing desk, and the other objects in this collection, will help us to enlighten further the exchanges among these two institutions and the way disciplines and collections were shared and defined by the diverse interactions between London museums.

At the Horniman Museum, we focused also on the extensive collection of musical instruments which again includes a few loans from the V&A and – even more interestingly for us – offers a lot of food for thought in relation to many of the themes that we are exploring through the case study of the 1876 Loan Collection of Scientific Apparatus. 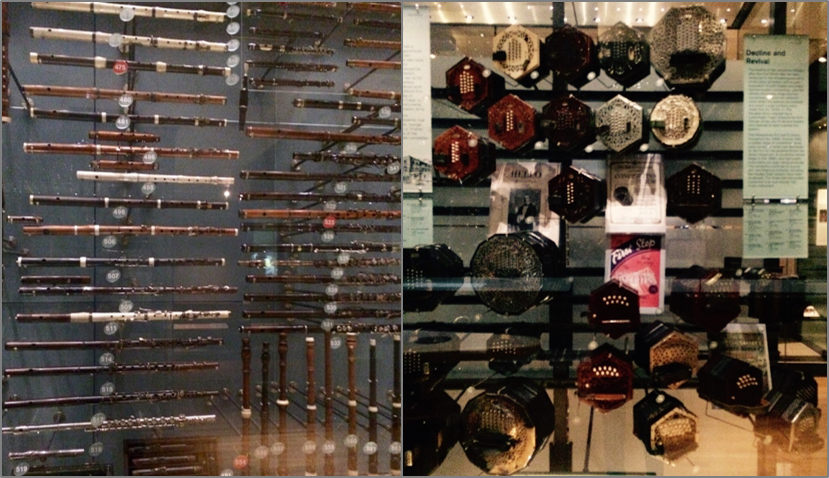 Mass displays of flutes and concertinas.

Finally, it was also a fantastic opportunity to visit this museum and its gardens, with their great views of London and their truly inspiring collections. 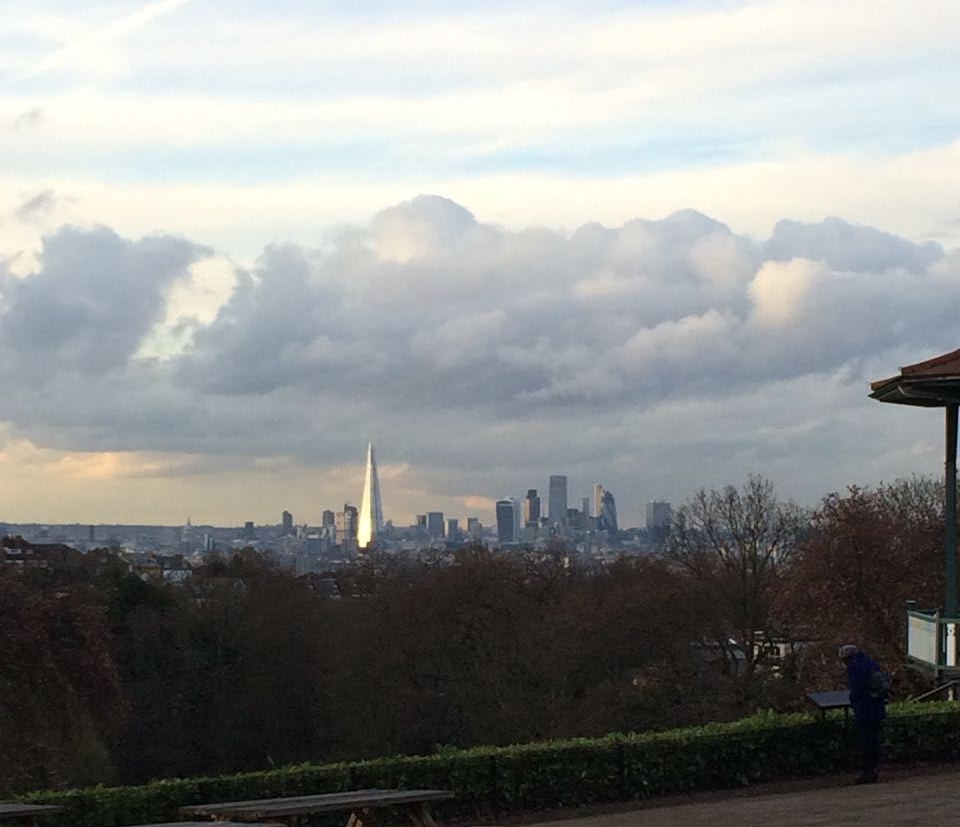 Great view of the City from the Horniman Gardens, after a productive day of research.