When the pain goes I half suppose my flesh marked, transformed. A growth of lichen, say, with its warm turmeric tint; a layer of cool, silvery fish-scales; traces of the glacial burn of chain-mail melting into skin. Best of all a delicate, graceful articulation of relief on the site of its worst excesses: once the sharp, piercing jolts give over to prickling, tingling sensations (as if the top of my skull were open or at least porous), the tiniest, downiest feathers could unfurl in the round, a bit like a peacock’s crest – thin stalks topped with trembling blowballs.

But there is nothing, not a wound, not a bruise, not even the flushed tone of a limb pressed against the mirror, straining elsewhere. 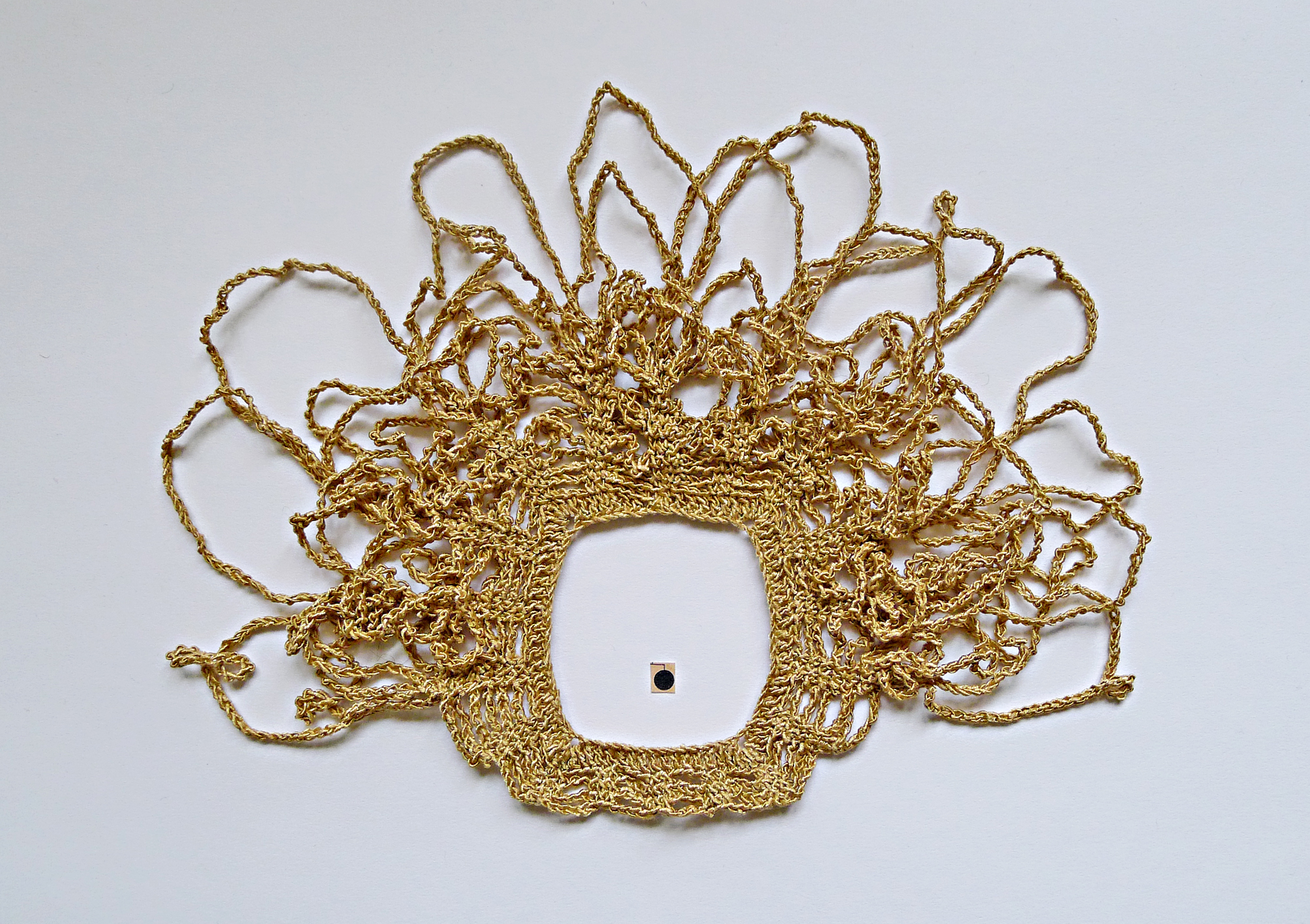 (A small crochet work, of a shiny ochre hue, is laid out on a piece of white paper. Dense stitches amass around an empty centre, as if framing a face, becoming looser and looser and turning into ever wider swinging loops. A bit like Medusa’s serpent hair, only less dangerous. In the empty centre, where, were it a face, the mouth would be, lies a small pink square of paper with a black circle from which a thin line protrudes, describing a marker, or corner, or the beginnings of an arrow.)