“The world is big, and I want to have a good look at it before it gets dark.”

Midterms are not fun.

I remember once being asked by a LUSU volunteer if I thought Lancaster should implement January exams, and replying that I couldn’t really say, having never had to take them. Well, here at McGill (and pretty much every other university this side of the Atlantic), you don’t just get January exams; you get October ones, November ones and of course, December finals. And I can tell you now, it’s a big step up. The workload here can get rather intense, and these past few days as I holed myself up my favourite corner of Second Cup (the Montréal equivalent to Costa), I found myself yearning to get out of the city for a bit. And so, that’s just what I did.

During my Orientation Week, I connected with a handful of other exchange students all hailing from various corners of the globe, and a group of us (five including myself) decided to take a weekend trip down to the States. It being the middle of autumn, New England was on all our bucket lists, so we hashed together a rough plan to drive down on a Friday afternoon after class, spend the weekend hiking in the White Mountains and then hit the road again on Sunday and be back in the city in time for tea (or, in my case, my final midterm on the Monday). To me, my brain ready to melt from constantly revising Marxist Critical Theory and Nuclear Deterrence, it seemed like the perfect respite.

They say even the best laid plans go awry, and we definitely encountered more than our fair share of bumps in the road (and I’m not just talking about Québec’s pothole epidemic). A misunderstanding with the car rental caused a three-hour delay into our four-hour journey, but nonetheless we eventually made it and, after yet another slight hitch (which involved flagging down a kindly local at 12am on a deserted road in the middle of the woods to borrow her phone so we could email the owner of our Airbnb and get the code to unlock the door) I was ready for a fun but chilled-out weekend during which the only thing I needed to worry about was not falling down the side of a mountain, something I seem extraordinarily prone to doing. And I have to say, New Hampshire in the fall is truly spectacular. 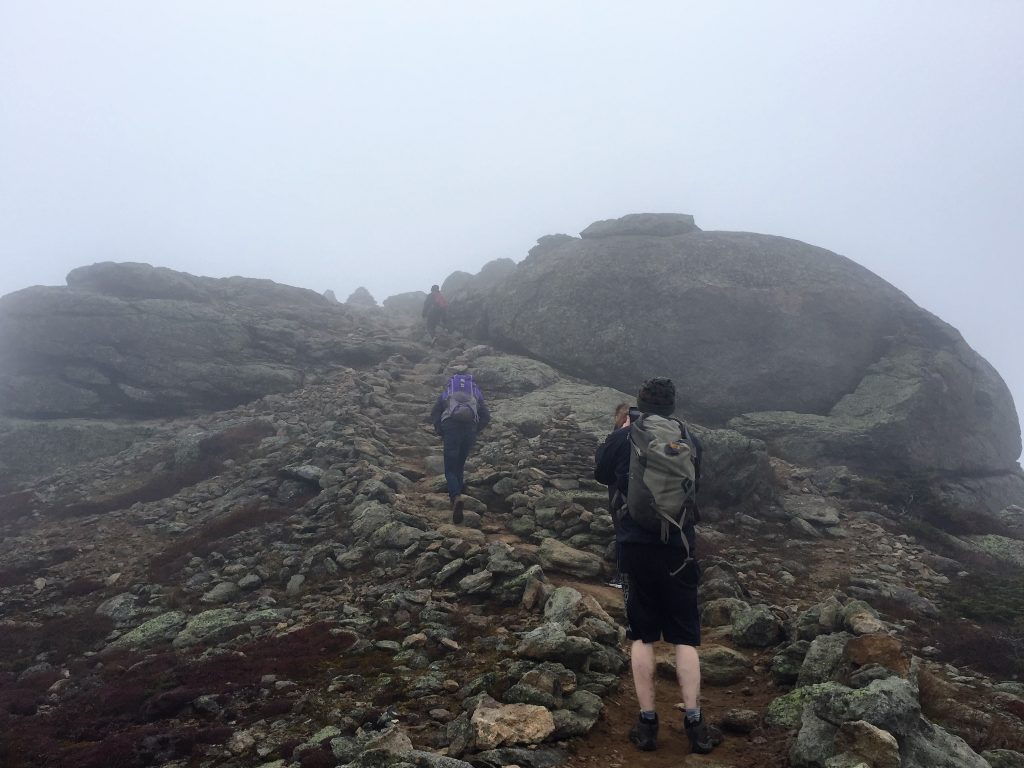 One does not simply walk into Mordor

In the week leading up to the trip, I had begun to wonder if I was making the right choice in going. With my final midterm looming ominously on the horizon, I couldn’t help but worry if perhaps I should stay behind and study for it just like everyone else seemed to be doing. But I found that the more I considered dropping out, the more I felt like I needed to go. After all, I didn’t come all this way just to see the inside of a library. I’ve wanted to go on exchange ever since I knew it was possible to do so – even before I had chosen to come to Lancaster! It’s part of my whole reasoning for studying Politics and International Relations as a degree; when I graduate, I want a career that’ll take me around the world and give me the opportunity to explore its many wonders. Of course, I know I’ll never see everything our planet has to offer, but for me that’s the beauty of it. I can see and experience a thousand different places, and there will still be a thousand more.

And now, I can tick another place off my ever-growing list. And though I’ve already said it, New Hampshire was breath-taking. I know now why some of the treks are known as the Fire Trails; I have never seen such a magnificent, blazing ensemble of colour in all my life. And, despite a slight delay that was primarily due to me being incapable of making it down a mountain without falling over at least a dozen times (plus one or two issues with directions that were most definitely not my fault), we still made it back before midnight on the Sunday, in time for me to get a good night’s sleep ready to nail my midterm. In fact, looking back this evening, I think I might even have done better in the exam than had I spent the weekend cramming. Getting out into the woods refreshed my perspective on things, and standing on top of Mount Lafayette surrounded by clouds and listening to the wind roaring in the valley below, you remember that there really is more to life than one exam that, in hindsight, is only worth 20%. The world might be full of amazing opportunities, but if you’re not paying attention you can blink and miss them just like that. So even though it’s important to take your academic (and other) responsibilities seriously, there’s nothing wrong with cutting loose for a weekend and getting lost in New England with some new friends (plus the occasional chipmunk). 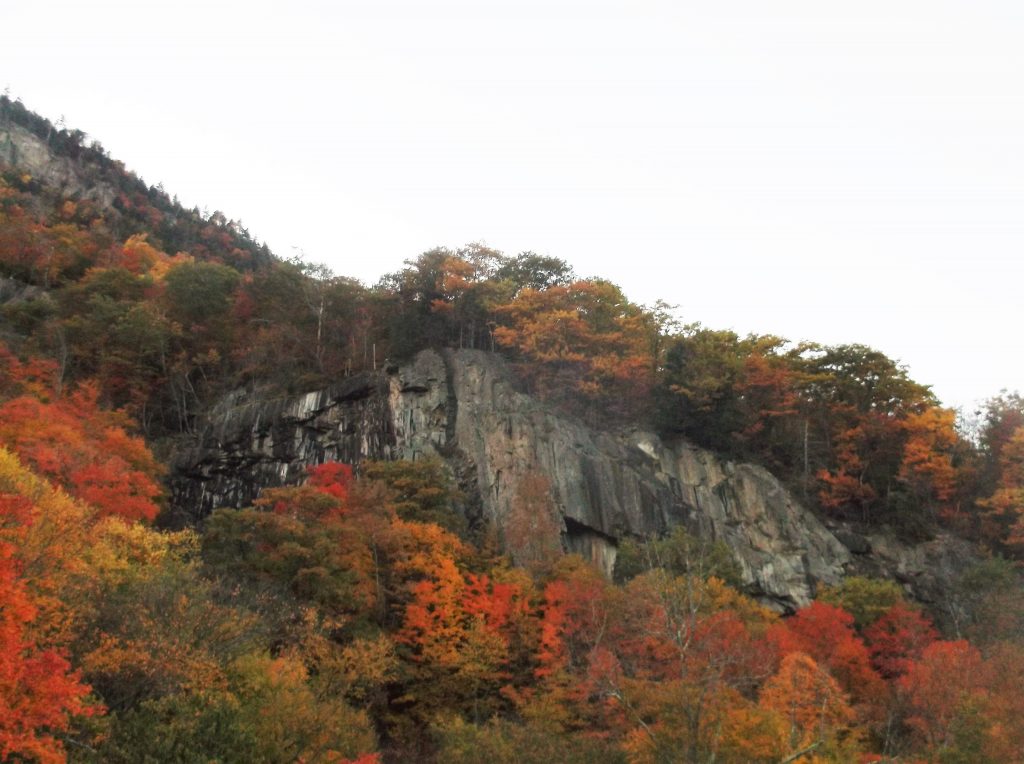 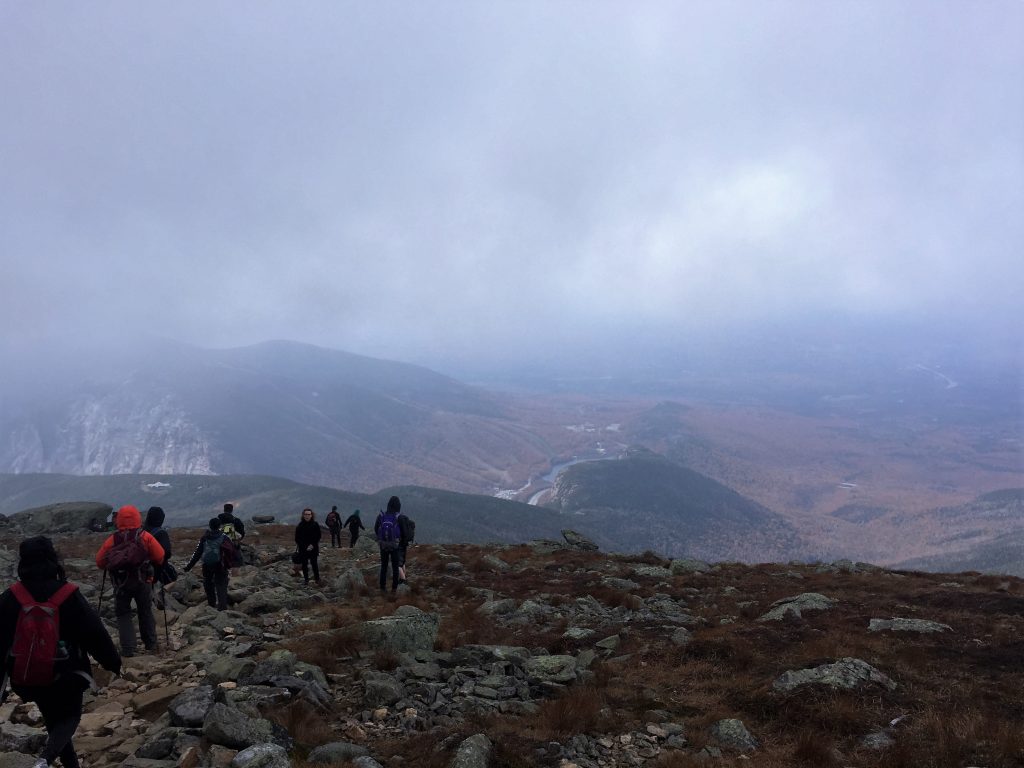 Making it down without falling