For me personally, the highlights of my first semester were meeting so many interesting people from around the world, getting to see some wonderful places such as Niagara Falls, Algonquin Park and Montreal and finally just having the opportunity to experience such a different culture. Engaging with a completely new sporting culture was a highlight for me and I was able to learn about sports such as Ice Hockey which I previously knew very little about.

I spent a lot of time with other exchange students which helped me feel at home and adapt to Canadian life. I was lucky enough to have countless opportunities to get involved with lots of really cool events alongside other exchange students, whether it be a camping trip to Algonquin Park, a Jazz concert, an ice hockey game or a weekend trip to Montreal, the social group made everything even more enjoyable. 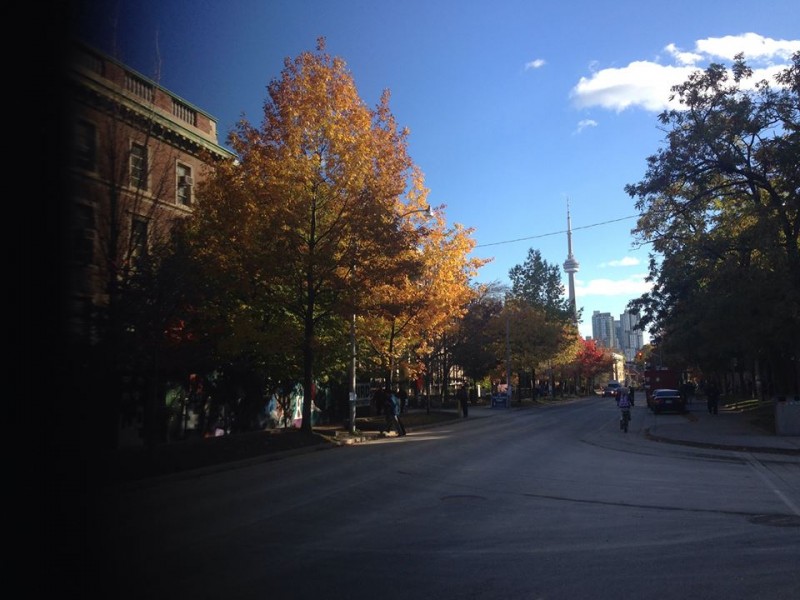 I certainly loved my semester in Toronto and cannot wait to return after Christmas! All these great experiences overshadowed the initial struggle of adapting to a new culture and made it a really enjoyable experience. I feel very lucky to have had the opportunity to study abroad and I think it is a great thing for students to do. However it is great to be back to see my family for Christmas and I look forward to this break but I also very much look forward to flying back to Toronto for my second semester!

I arrived in Toronto in late August and was very nervous but excited before my arrival since it was my first time travelling abroad on my own and the first time I would be living in a foreign country.

The first few days in Toronto were challenging, since the accommodation I was staying in was not yet ready for ‘move-in’s’ so I spent the first few weeks hopping from hotel to hotel. Although this was difficult since it meant I could not settle down and meet everyone I would be living with, it was also quite a fun experience as I met lots of cool people in the hotels. Similar to first year, I initially had some negative feelings and felt quite homesick during the first few weeks in Toronto, but as I had learned from first year as long as I got involved and made an effort to speak to people and engage with them, I knew I would begin to relax and enjoy myself more. I kept involved in the CIE’s (Centre of International Experience) activities, meeting lots of interesting people and immediately started to feel more comfortable. 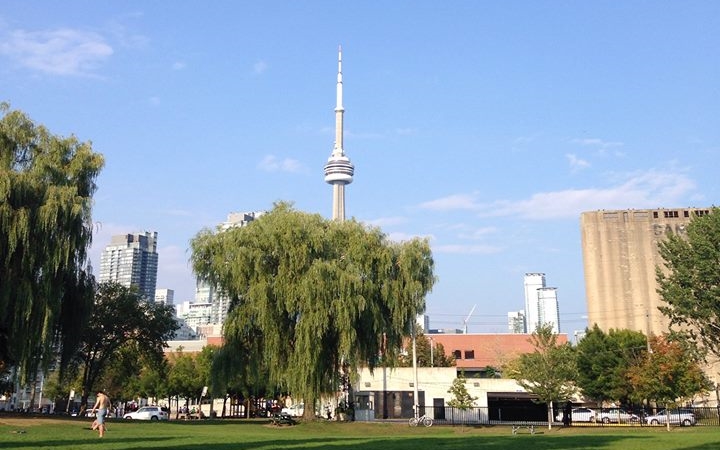 The CIE at Toronto was very good upon arrival and they organised numerous activities and meet-ups for all the exchange students. Our first trip was to Niagara Falls which was an amazing experience and one that I am glad I had the opportunity to see. Also later that month we went to Algonquin Park for a weekend camping trip which was fantastic. Algonquin Park is a beautiful provincial park in Ontario and was an amazing experience. We went hiking, swimming and canoeing which were all great fun and I met lots of really nice people that I would go on to spend more time with.

I remember at the study abroad meeting the head organisers were saying that the year abroad is not a holiday and that you are essentially there to work. This does obviously have elements of truth to it for sure, but to not take advantage of these activities would, for me, defeat the object of studying abroad. My older brother said to me before I set off to try be a ‘yes man’ as much as possible. Meaning that he wanted me to say yes to all opportunities that were presented to me. At times this was obviously not possible due to things like finals and midterms but I tried my best throughout the semester to stay active and involved and it definitely helped me get the most out of the first semester!