When high intensity lasers interact with solid or high density gas jet targets, the targets can be ionized forming an opaque plasma. While the laser cannot propagate through the plasma, it interacts with the plasma electrons which are ‘heated’ gaining energy.  The heating mechanism depends on the laser and target parameters including scale length (the density gradient at the target surface), angle of incidence of the laser and laser polarisation.

The heated electrons can escape from the laser and stream through the target leaving behind the heavier, slower positive ions. The ‘hot’ electrons can also pass through the back of the target. However, as they leave the target it becomes positively charged. This leads to the formation of an electrostatic potential at the target surface; the sheath field. The field strength can be several TV/m and is sufficient to ionise the atoms on the rear surface to produce electrons and ions.  These newly formed ions are accelerated in this field and have been measured to reach energies of several 10s of MeV. 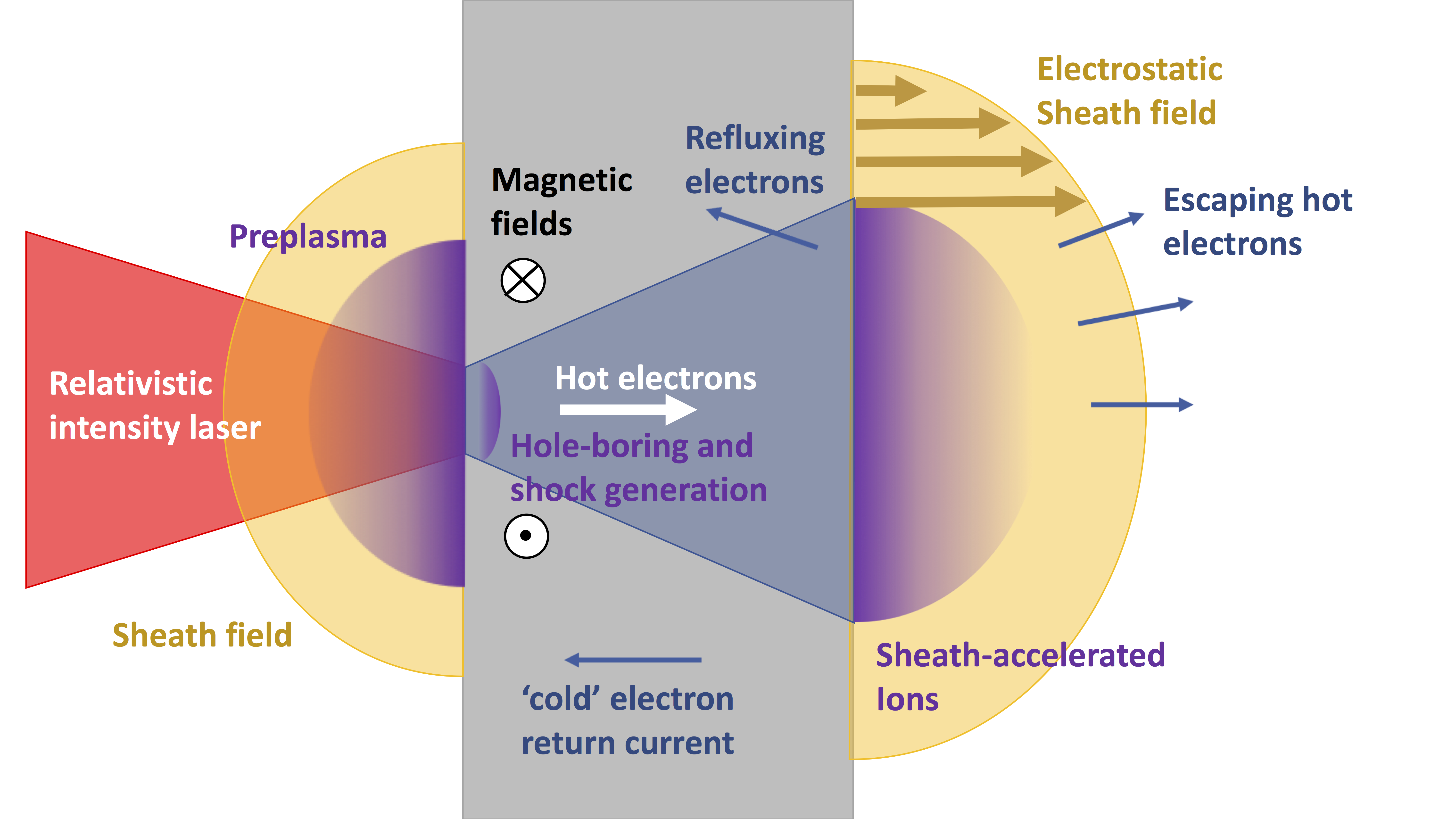 This mechanism of acceleration is referred to as sheath acceleration.  The ion beams resulting from this process are characterised by a broad, thermal energy spread with low emittance.

The front surface of the target is also deformed by the interaction of the high intensity laser pulse.  The hot electrons that leave the high intensity region leave behind them positive ions.  A large electric field is generated by the space charge separation and this acts to pull the heavy ions behind the electrons forming a density front pushed along in front of the laser.  The front surface of the target curves and recedes.  The rapid heating at the front of the of the target also leads to the generation of collisionless electrostatic shocks.
As the front propagates into the target, background ions in the plasmas can be reflected from the potential to a maximum of twice the velocity of the receding front.