The Royal Vauxhall Tavern or RVT is south London’s oldest surviving gay venue and is a fabulous piece of LGBT History, having been a queer venue for many decades. It was built in the early 1860s on top of land that was originally part of the Vauxhall Pleasure Gardens and after World War II it attracted an interesting combination of returning military personnel and gay men who enjoyed the regular entertainment provided by drag shows. If there’s anywhere where Polari would have been spoken, it’s here. Countless stars appeared there, both onstage and off. Freddy Mercury was a regular punter and reportedly once made a visit there with friends Kenny Everett, Cleo Rocos and Princess Diana – who went incognito as a leather-man. On another infamous occasion police raided the club during one of Lily Savage’s performances. It was the homophobic ‘80s and in the prevailing climate of ignorance, the police had donned rubber gloves, fearing they would become HIV+ if they touched anyone. Lovely Lily apparently responded to the interruption by cackling “Look, they’ve come to do the washing up!” 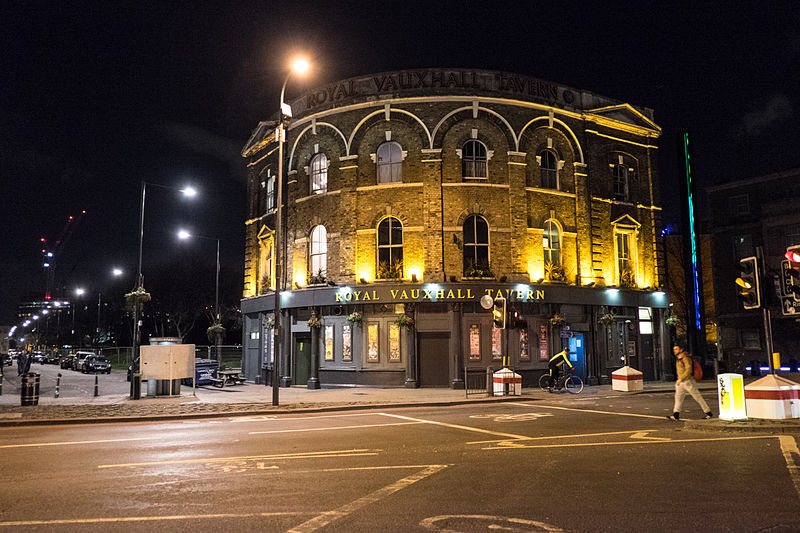 Since the mid 1990s, Saturday night at the Royal Vauxhall Tavern has been given over to Duckie, hosted by the redoubtable Amy Lame – who, in 2015 succeeded in getting the Tavern Grade II listed so that it could not be gentrified into luxury apartments like the rest of London. Duckie hosts queer-themed cabaret acts and the DJs, The Reader’s Wives, play an eclectic mix that caters to all tastes and age groups. It is the only nightclub where I have ever felt welcome or that I can recognise around half of the music played. When my friend John visits London we always pay a visit together. It is one of my favourite places in the whole world.

Recently, the club’s opening hours were extended to 4am and organisers of Duckie decided to put the 2-4am DJ slot out to tender, allowing punters to take control. John had some DJ experience so he put together a playlist, contacted Duckie and was excited to be offered a spot one evening in April. I was roped in as a co-DJ, although my role was more for moral support, ornamental purposes and to work the lights. The organisers encouraged us to incorporate Polari into our session, so I thought it would be fun to record some sound clips and overlay them to the intros to some of the tracks. These included phrases like “Oh, but she’s nada to vada in the larder, Sharda dear Sharda” and “Ooh who’s that come trolling in, it’s that cod palone!”. A friend who does a range of funny voices obliged with the recordings and John interspersed them across the set which were advertised as “Polari sprinkles”.

On the big night we arrived at 8.30pm in order to be shown the equipment and then hung around until we were due to go on at 2am. We were both mildly terrified as we put on our DJ costumes – pink and orange t-shirts with our names on, and matching caps. Mine had the phrase “Dolly Ecaf” written in large childish letters on the front. We had decided to dress as children’s TV presenters from the 1980s, although once we were kitted out I tried to ignore how much I looked like one of the Mario Brothers. 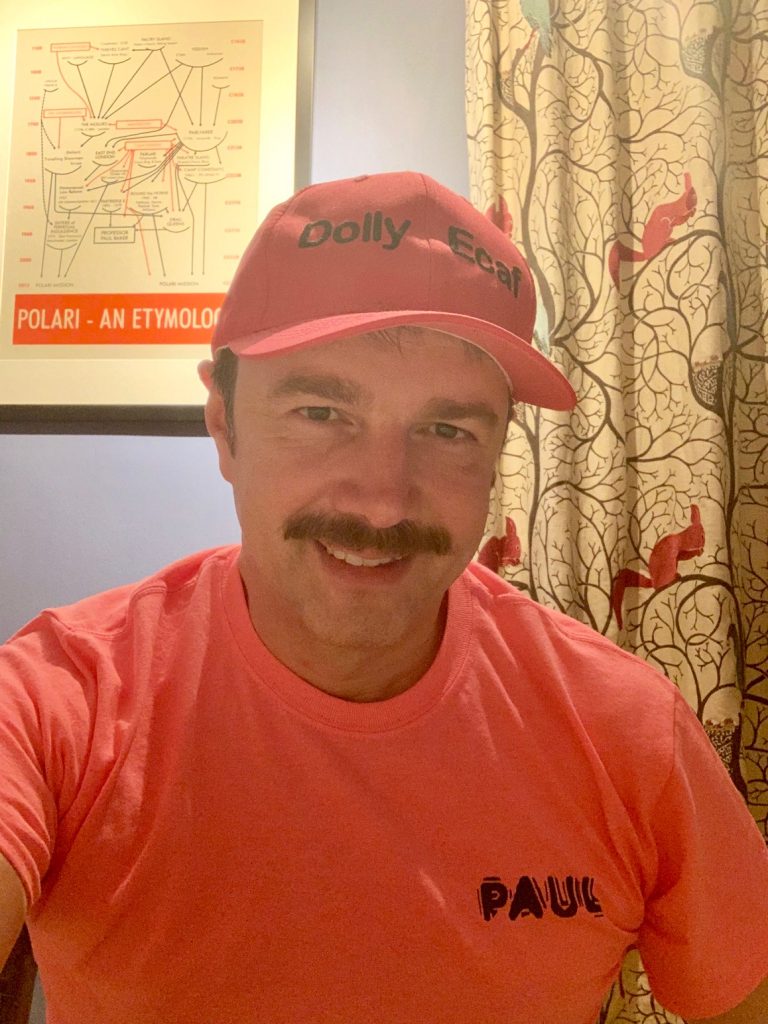 At 2am on the dot our stint began with silence as the Readers Wives exited the DJ booth and we stumbled on. Then John pressed a button and in the feyest voice possible, the words “Oh hello Dolly Duckies! Order lau your luppers on the strillers bona dear and get your lallies walloping to the vacaya!” filled the club. This segued into the first song of our set and people actually started to dance, like we were real DJs. It was remarkable.

As John busied himself taking requests (Madonna, Madonna and Madonna), I was left alone to get on with the computer-driven lighting system. You have to have a good sense for drama if you’re working the lighting system in a club. I had never thought about this before but I’d been watching the lights intently during the evening and realised that they kind of matter – you wouldn’t put strobe lights on for the kitsch 1958 Connie Francis number Stupid Cupid while early 90s Madonna is best suited to lots of red lighting. It is common practice to dim the lights completely to signal that a new piece of music is to begin, especially if it has a radically different feel to one that has just been played. I was learning a new skill!

I had been advised not to use the fog machine as on previous evenings there had apparently been complaints that it had been left on too long. Foolishly, I decided to give it a little tap at the start of one of the pieces. It couldn’t hurt. I have an appropriate sense of how much fog is too much fog. A couple of seconds would do. No more. I pressed the button and a steady stream of fog spurted out of a box above the DJ booth.

But I must have done something wrong because it wouldn’t switch off. The club started to fill up with smoke, then more smoke, then levels of smoke that made a mockery of the song Foggy London Town. I immediately envisaged panic, stampedes, arrests for negligence, official enquiries, documentaries on Netflix about “That Night in Duckie When Everyone Died”. I had to leave our safe little DJ booth and feel my way across the crowded dance floor to the bar on the other side of the room, in order to enlist the help of one of the bar staff, who came back with me, pressed exactly the same button I had been pressing in vain, and turned off the fog. It took quite some time to dissipate although I must admit, the coloured lights did make it look lovely as people pirouetted around. (Despite this, I’ve resolved never to touch another fog machine or to disobey any DJ-related advice I might receive in future.)

The two hours of our set passed by very quickly. John played the theme tune to ITV’s 1980s Breakfast Show, TV AM as the final piece of music (and people actually danced to it), then the lights came up and we were done. As we were packing up a drag queen who had come in at 3.35am (From where? How? Why?) approached our DJ booth and started telling us about all her favourite 70s and 80s TV shows (The Worm That Turned, Star Maidens of Outer Space and Blakes Seven). Another punter asked us if we’d DJ at an event he was organising. I think that means we must have been OK and we’d got away with it. John said it was the happiest night of his life. I got home at 4.25am – it’s the latest I’ve stayed out in 20 years. I emailed my parents to tell them I was safely home (as I’d promised, they were worried), then went to bed.

Once again, and probably for one night only, the sounds of Polari reverberated around the walls of the Royal Vauxhall Tavern. I suspect very few of the punters realised what it was (or even noticed) but I felt that the strange Polari words were a spell – a bit like in those ’80s horror films where foolish cultists re-enact a centuries-old ritual in order to open a portal to another dimension. And I like to think that in doing so, Freddy Mercury, Kenny Everett and Princess Diana were released from the weird floating square that they had been trapped in (a bit like the one in Superman II) and came back through that portal and are now wandering around 21st century London again quite happily. Let me know if you see them.