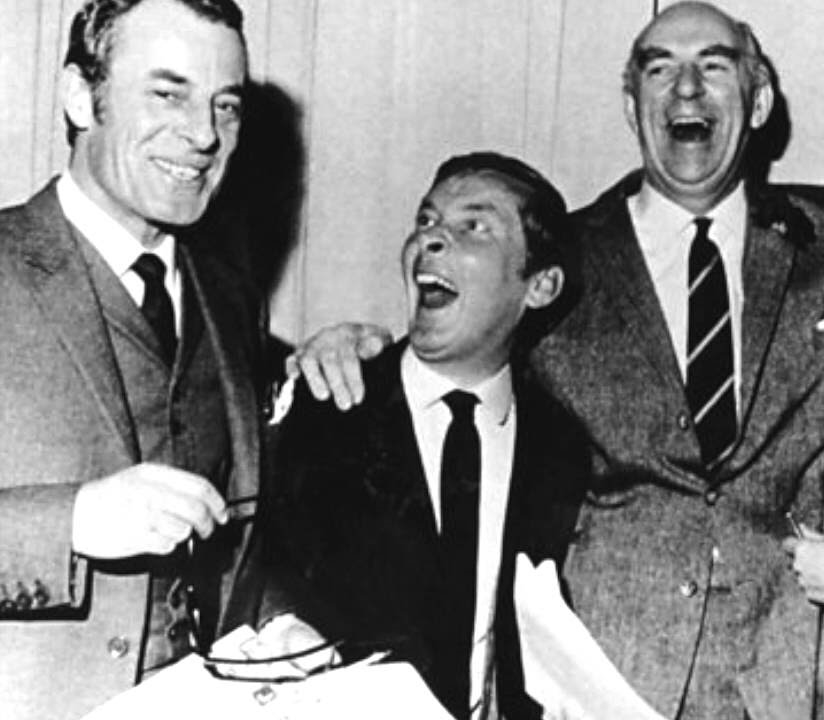 Julian and Sandy were a pair of Polari-speaking chorus boys in the radio comedy sketch show Round the Horne. The series was broadcast on Sunday afternoons and intended for a family audience. It was a staple of the mid-1960s, running from 1964 to 1968 and attracting around nine million listeners each week. Along with its high ratings it won the Writers’ Guild of Great Britain Award for the best comedy script in 1967. At a time when homosexuality was illegal and gay characters were either absent or were cast as tragic or villainous, Julian and Sandy were cheerfully gay, gliding past the censors by using a mixture of camp innuendo and Polari.