Nanotechnology has already played a big role to reduce our carbon footprint.

How LEDs play a huge role in a net zero economy .. but it has it’s problems

LEDs have drastically reduced the energy consumption for lighting and control systems rely on computer processors. In this set of slides we talk with  physics researchers who are developing new devices or improving the efficiency LEDs and solar cells.

Prof Manus Hayne describes the different types of memory for computers and then explains how the Lancaster Quantum Technology Centre is developing a “Universal Memory” chip.

Universal Memory technology has been seen as an unlikely solution to the problem with the massive consumption of electrical power in the IT sector.

We are delighted to have BBC presenter Dr Helen Czerski contributing 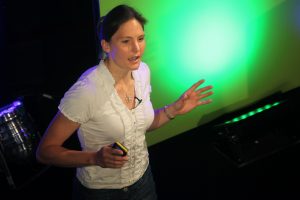