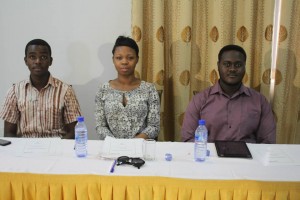 Team for the motion 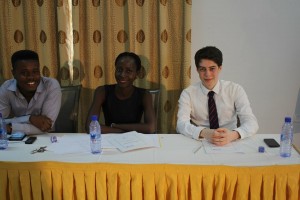 Team against the motion

Thursday brought with it the eagerly awaited inter-university debate between LU Ghana, the University of Ghana, and Lancaster University. The two debating teams had one representative from each of the universities, whose task was to debate whether or not Africa should receive reparations from the West on account of the slave trade. Sharn and Anthony had been working hard to prepare their arguments over the course of the week, and we were seriously impressed with the rhetoric and conviction of both teams. After questions were posed from the audience, it was ultimately decided that the team debating in favour of reparations were the overall winners.

As both teams had worked so hard to prepare their contributions to the debate, it seemed only fair to take the rest of the day off and go to the beach en masse. We discovered on arrival that were to be spending our afternoon in paradise, as we piled into a wooden boat to be transported to a private island. The ensuing hours were spent swimming, eating kebabs, k 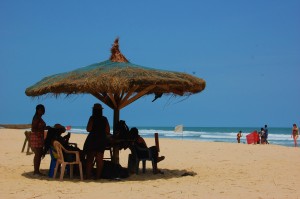 eeping the bar in business, drowning our sunglasses (Ollie!) and topping up on our fiery sunburn. It’s a hard life. The only minor downside to this glorious beach was its toilet facilities… The available portaloos rivaled those at notable British music festivals in the sanitation department and the alternative was the intriguingly named ‘Ladies’ Urinal’, which turned out to just be a cordoned off square on the beach where you could go as nature intended…

I was dismayed later that evening when the impressive tan I had mysteriously only developed on my feet disappeared down the drain in the bath. Turns out I was just disgustingly dirty from wearing sandals for the day. 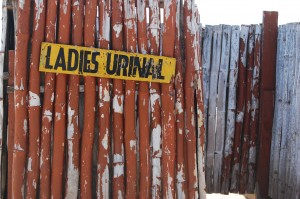 Many of the group were so tired from the day’s serious over-exertion at the beach that they headed straight to bed after another eye-wateringly hot dinner. The rest of us stayed up to greet our LU Ghana friends who came to catch up by the pool, conveniently forgetting about our inhumanely early start in the morning.