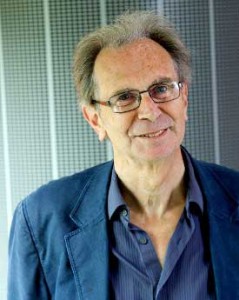 With deep regret we announce the sudden death of John Urry, Distinguished Professor at Lancaster University, who died unexpectedly on Friday. John embodied the tradition of world class Sociology that he was central to creating at Lancaster University. His purpose was the pursuit of truth in order to make the world a better place, to be achieved through the practice of collegiality, no deference, argument with respect, and collaboration around the world. This tradition lives on in a world leading department that he was instrumental in building. An irreplaceable figure in Lancaster’s academic firmament, he is a former Head of the Sociology Department, Dean of the Faculty of Social Sciences, and University Dean of Research, and made a significant contribution to the establishment of the Academy of Social Sciences. John not only guided the development of the Sociology Department, which he joined in 1972, but also the direction of research in the wider community of Sociology itself, with interests that crossed disciplinary and national boundaries.

John was reassuringly “local” in loyalties and critical engagement during his 44 years at Lancaster University; yet he was equally firmly a “cosmopolitan” with a global intellectual presence and international recognition as a public intellectual. John launched the career of many students and scholars; his influence reaching far and wide. He provided enthusiastic and inspirational support to students and colleagues over five decades. A restless intellectual spirit, John worked at the leading edge of theoretical, empirical and applied fields in the social sciences, reflecting social trends and shaping innovative work on emerging fields and policy areas. After a double first in Economics and Politics and a PhD on political sociology, John joined Lancaster’s Sociology Department and contributed much to our strong and flexible research culture both personally and through his active role in institution-building. His interests included power in Britain, space and time, social theory, localism and regionalism, leisure and tourism, nature and the environment, energy usage, and the complexities of global society. From 2003 to 2015 he was Director of the Centre for Mobilities Research and helped to develop the ‘new mobilities paradigm’ in social science research. Many of these interests converged in his role as Founding Co-Director of the Institute for Social Futures at Lancaster and his much anticipated contributions to this initiative will be sorely missed.

Most of all, we will miss his wry sense of humour, his generosity of spirit, and a highly valued colleague and friend.