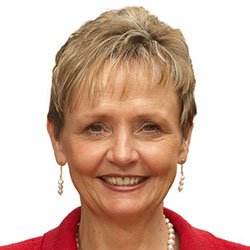 Jackie Ford is Professor of Leadership and Organization Studies at Durham University Business School and has held various professorial posts since 2008 at the Universities of Leeds and Bradford. Throughout her career, Jackie has fostered a long-established passion for her work in critical leadership studies and in gender and organization theory. As former 50th Anniversary Chair in Leadership and Organization Studies at Bradford School of Management and before that Professor of Leadership and Organization Studies at Leeds University, she founded an interdisciplinary research centre and led an active research group in critical leadership studies. She has been committed to develop this research field, informed by her interests in feminist, critical, poststructural, and psychosocial research methods and approaches that enable rich interpretive accounts of experiences of working and organizational life. Over the past 3 decades, she has conducted empirical research on a range of leadership and management practices and contexts.
Current research projects include: Discursive and material explorations of leadership; diversity and inclusion within the retail sector; women’s working lives in late career; the under-representation of women as leaders in varying contexts; and researching talent management from a critical perspective. She has co-authored a monograph entitled Leadership as Identity: Constructions and Deconstructions (Ford, Harding and Learmonth, Palgrave Macmillan, 2008); co-edited Making Public Services Management Critical (Currie, Ford, Harding and Learmonth, Routledge, 2010); co-edited a textbook, Leadership: Contemporary critical perspectives (Carroll, Ford and Taylor, Sage, 2015); and has published in a range of journals including British Journal of Management, Human Relations, Journal of Management Studies, Leadership, Management Learning, Organization, Organization Studies, Sociology, Work, Employment and Society. 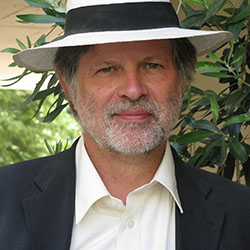 Yiannis Gabriel is Professor of Organizational Theory at the School of Management of Bath University. Earlier, he held chairs at Imperial College and Royal Holloway, University of London. Yiannis is known for his work into leadership, management learning, organizational storytelling and narratives, psychoanalytic studies of work, and the culture and politics of contemporary consumption. He is the author of ten books, numerous articles and maintains an active blog in which he discusses music, storytelling, books, cooking, pedagogy, and research outside the constraints of academic publishing (http://www.yiannisgabriel.com/). Of late he has carried out research into the experiences of unemployed managers and professionals in the aftermath of the economic recession. As a committed teacher, Yiannis has researched and published on the experiences of students in the classroom and has explored the nature of management and professional knowledge, focusing on its dissemination. Current research includes work on the importance of an ethic of care in health and education, the dark side of certain organisations captured in the concept of miasma, the relation between image and narrative and the exploration of the ways in which clinicians defend themselves against work-related anxieties. Yiannis is co-founder and co-ordinator of the Organisational Storytelling Seminar series, now in its eighteenth year. His enduring fascination as a researcher and educator lies in what he describes as the unmanaged and unmanageable qualities of organizational life. 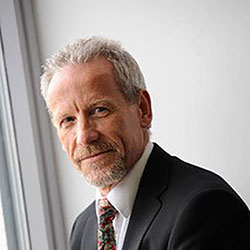 Keith Grint is Professor of Public Leadership at Warwick University. He spent 10 years working in various positions across a number of industry sectors before switching to an academic career. Amongst many jobs he has been an agricultural worker, a lifeguard, a postman, a freezer operative, and a karate instructor. Since becoming an academic he has held Chairs at Cranfield University and Lancaster University and was Director of the Lancaster Leadership Centre. He spent twelve years at Oxford University and was Director of Research at the Saïd Business School and Fellow in Organizational Behaviour, Templeton College. He remains an Associate Fellow of the Saïd Business School, Oxford. He is Fellow of the British Academy of Social Sciences. He is also a Visiting Research Professor at Lancaster University. He is a founding co-editor of the journal Leadership and founding co-organizer of the International Studying Leadership Conference. He has written 45 journal articles and 46 book chapters. His books include Leadership (ed.) (1997); Fuzzy Management (1997); The Machine at Work: Technology, Work and Society, (with Steve Woolgar) (1997); The Arts of Leadership (2000); Organizational Leadership (with John Bratton and Debra Nelson); Leadership: Limits and Possibilities  (2005); Leadership, Management & Command: Rethinking D-Day (2008); Sage Handbook of Leadership (edited with Alan Bryman, David Collinson, Brad Jackson and Mary Uhl-Bien) (2010); The Public Leadership Challenge (edited with Stephen Brookes) (2010); and Leadership: A Very Short Introduction (2010). Sage Major Works of Leadership (four volumes) (ed. with David Collinson & Brad Jackson) (2011). His most recent papers include: ‘Mindful Organizing in U.S. Navy SEAL Teams: Sustaining Mindfulness in High-Reliability Organizations (HROs)’ (with Amy Frayer and Layla Branicki) Management Review Discoveries (forthcoming), and ‘‘No More Heroes’: Critical Perspectives on Leadership Romanticism’ with Owain Smolovic-Jones and David Collinson’ Organization Studies (forthcoming).