Professor Andersen has published widely in asset pricing, empirical finance, and empirical market microstructure. His work centers on the modeling of volatility fluctuations in financial returns with applications to asset and derivatives pricing, portfolio selection, and the term structure of interest rates. His current work explores the use of large sets of high-frequency data for volatility forecasting, portfolio choice and risk management. He has received grants from the National Science Foundation, the Sloan Foundation, and the Institute for Quantitative Research in Finance (the Q-Group). He served as the editor-in-chief for the Journal of Business and Economic Statistics in 2004-2006, Co-Editor for the Journal of Financial Econometrics, 2009-2014, and has served on the editorial board of leading journals, including the Journal of Finance, Review of Financial Studies, Econometric Theory, Journal of Econometrics, and Management Science.

Kim Christensen acquired his PhD from Aarhus School of Business, Aarhus University in 2007. His research interests include financial econometrics, particularly the modelling of financial markets volatility using high-frequency data (intraday transaction and quotation data). He has published his work in a number of leading field journals, including Journal of Econometrics and Journal of Financial Economics. He has previously held a position as an inflation-linked derivatives trader in Nordea, Copenhagen. He is the 2011 and 2019 winner of the Golden Pointer (Lecturer of the year prize awarded for teaching excellence) based on his lecture series in Statistics. 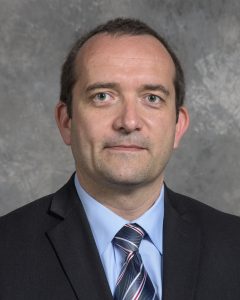 Dobrislav Dobrev is a Research Economist at the Federal Reserve Board with primary focus on financial econometrics in data-rich environments. He has a long-standing interest in econometric analysis of high-frequency financial data and most recently he has been studying the impact of high-speed trading and algorithmic execution on cross-market linkages and liquidity provision. In addition to applying his expertise in Federal Reserve and inter-agency policy analysis and research projects on U.S. Treasury market functioning, he has also contributed to BIS Markets Committee and BIS Innovation Hub initiatives on monitoring fast-paced electronic markets. He holds a PhD in Finance from Northwestern University’s Kellogg School of Management and an MSc in Applied Mathematics from Sofia University, Bulgaria. He is the recipient of the 2007 Chookaszian Prize in Risk Management and 2015 Special Achievement Award from the Board of Governors of the Federal Reserve System for his contributions to the Joint Staff Report on the October 15, 2014 flash rally in U.S. Treasury markets. 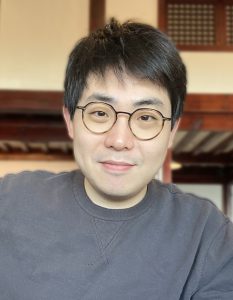 Seok Young Hong is a financial econometrician, whose research interests lie on developing time series methods for financial applications. In particular, he is interested in asset pricing, econometric theory, and high frequency financial data analysis. He obtained his PhD in Pure Mathematics and Mathematical Statistics in 2018 from the University of Cambridge, where he was a recipient of the Smith/Rayleigh-Knight Prize. 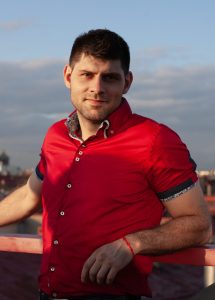 Aleksey Kolokolov is a Lecturer (Assistant Professor) in Finance at Alliance Manchester Business School with a wide range of research interests. He focuses on econometrics and financial markets, with specific contributions to advanced statistical methods, high-frequency data analysis, forecasting, modelling jumps and flash-crashes. 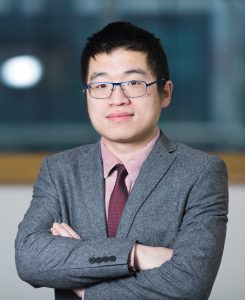 Yifan Li joined the Alliance Manchester Business School as a Lecturer in Finance in 2018. His research interest mainly lies in the field of econometric theory and its applications in finance. The themes of his works include volatility modelling using point processes, high-frequency option data, non-parametric moment estimators, market microstructure, the impact of news in the financial market, etc. Yifan holds an MRes in Finance and a PhD in Finance from Lancaster University and is an external researcher in the Centre for Financial Econometrics, Asset Market and Macroeconomic Policy. 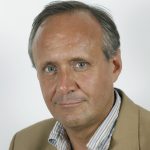 Oliver Linton is a fellow of Trinity College and is Professor of Political Economy at Cambridge University. Formerly, Professor of Econometrics at the London School of Economics and Professor of Economics at Yale University. He obtained his PhD in Economics from the University of California at Berkeley in 1991. He has published two books and more than a hundred articles on econometrics, statistics, and empirical finance. In 2015 he was a recipient of the Humboldt Research Award of the Alexander von Humboldt Foundation. He was Co-editor at the Journal of Econometrics between 2014 and 2019. He is a Fellow of: the Econometric Society, the Institute of Mathematical Statistics, and the British Academy. He is currently President of the Society for Financial Econometrics. He was a lead expert in the U.K. Government Office for Science Foresight project: “The future of Computer Trading in Financial Markets”, which published in 2012. He has appeared as an expert witness in several cases involving market manipulation. 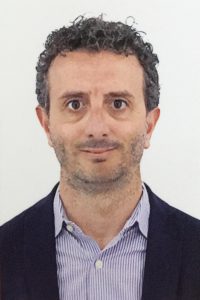 Roberto Renò is Professor of Quantitative Finance at the Department of Economics of the University of Verona. He is Visiting Professor at the Carey Business School at the Johns Hopkins University of Baltimore and ESSEC Business School in Cergy. He has been Senior Fellow at Collegio Carlo Alberto, Turin; Fernand Braudel Fellow at the European University Institute in Florence; Visiting Professor at LUISS, Rome and IMT, Lucca; Associate and Assistant Professor of Quantitative Finance at the University of Siena. He holds a PhD in Financial Mathematics at Scuola Normale Superiore in Pisa, Italy, and a Degree in Physics at the University of Pisa. His research focuses on various aspects of finance, with specific contributions in asset pricing, volatility modeling and forecasting, nonparametric statistics. He published more than 40 research papers on leading finance, economics, econometrics, mathematics and physics journals. 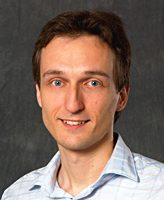 Viktor Todorov is Harold H. Hines Jr. Professor of Risk Management and Professor of Finance at the Kellogg School of Management, Northwestern University. Professor Todorov is a Fellow of the Society for Financial Econometrics and the Journal of Econometrics. His research interests are in the areas of theoretical and empirical asset pricing, econometrics and applied probability. He has published extensively in these fields. His recent work focuses on the robust estimation of asset pricing models using high-frequency financial data as well as the development and application of parametric and nonparametric methods of inference for studying risks and risk premia using derivatives markets data. He currently serves as a Co-Editor for Econometric Theory, and is on the editorial board of a number of leading academic journals, including Econometrica and the Journal of Econometrics. He received his PhD in Economics from Duke University in 2007.