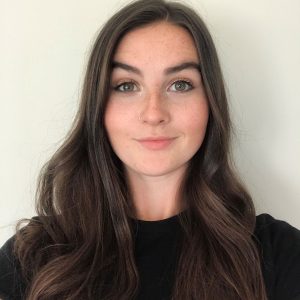 Having just finished my second year as an English Language and Linguistics student at  Lancaster University, I was thrilled to be given the opportunity to complete an internship with the department, on the subject of the language of Shakespeare.

My work focused specifically on defining low frequency words that featured in Shakespeare’s First Folio, specifically those that had been collectively less ten times, but were most often used only once! Attempting to make sense of some wonderful words (my favourites include lass-lorn, out-paramoured, and traitoress) felt like the careful work of excavation; the infrequent uses of these terms like uncovered fossils from which we can begin to wonder at the lesser-known communications, attitudes and cultures of a past time.

Like previous interns I worked with corpus methods, but I was the first to be able to take advantage of scripts that had been developed to improve speed and productivity. This meant that for each definition, both the relevant corpus data and existent definitions for each term were automatically pooled for me, resulting in much smoother workflow. Through a process of comparison with the existent dictionaries of Shakespeare’s language (e.g. those of Schmidt and Onions) and the Oxford English Dictionary, it became possible to piece together semblances of meaning. Whilst the meanings of some terms not used today are apparent to readers (e.g depopulate), others such as pregnancy (which Shakespeare used with the meaning of clever or quick-wittedness) required heavy inference and research into etymology, context and contemporaries in order to compose a definition.

My involvement with the project through the internship has renewed my awe for the beauty and complexity of Shakespeare’s language, whilst also providing a practical insight into the uses of corpus methods, which will be invaluable to my final year of study. I have found both the research and wider project truly fascinating, and look forward to its completion, so others can enjoy the rich resources it will offer.