The experiment will be hosted at Fermilab (Fermi National Accelerator Laboratory) in Batavia, Illinois and will be supported by the LBNF (Long-Baseline Neutrino Facility) which will produce a high-energy beam of muon neutrinos (or antineutrinos). It will utilize the largest neutrino detector in the world to produce the most intense neutrino beam ever, to study one of the strangest, most abundant matter particles in the universe – the neutrino.

The initial beam power produced by the LBNF will be 1.2 MW but is being designed to be upgradable to at least 2.4 MW which will facilitate further discoveries. Neutrinos created by the beamline will travel 800 miles (1,300 km) from the LBNF before being intercepted by the huge neutrino detector at the Sanford Lab. Surprisingly, no tunnel is needed for the neutrinos to travel through because these ghostly particles pass easily through soil and rock as they rarely interact with matter. In fact neutrinos can travel through a billion miles of rock, on average, before coming to a stop!

An illustration to show how the DUNE setup will work

Why is DUNE important to Physics?

Using Neutrinos to Study the Origin of Matter vs. Antimatter

DUNE hopes to determine whether neutrinos have matter-antimatter asymmetry (through investigating the nature of neutrino oscillations and testing charge – parity violation). This will help scientists understand why matter generation was so much greater than antimatter generation in the early universe.

Searching for new Physics Phenomena such as Proton Decays

If rare subatomic interactions predicted by theoretical physicists are detected, DUNE could help scientists form a relationship between the stability of matter and the Grand Unification of forces – a theory pioneered by Albert Einstein who searched for a single grand unifying theory that would tie all of physics together.

Observing a Supernova Event in our Galaxy

Neutrinos were generated in huge numbers just after the big bang and therefore hold the key to understanding the origin and following the evolution of the universe. DUNE will not only observe neutrinos created at Fermilab, but will also monitor neutrinos emerging from exploding stars (supernovae) allowing us to peer inside and even potentially witness the creation of a black hole.

The DUNE experiment is an internationally designed, coordinated and funded program made up of over 800 scientists from nearly 150 institutions in 27 countries and is currently projected to cost $1 billion USD. The map below illustrates the far-reaching collaborative nature of this project within the UK.

Locations of the UK institutes collaborating on the DUNE experiment 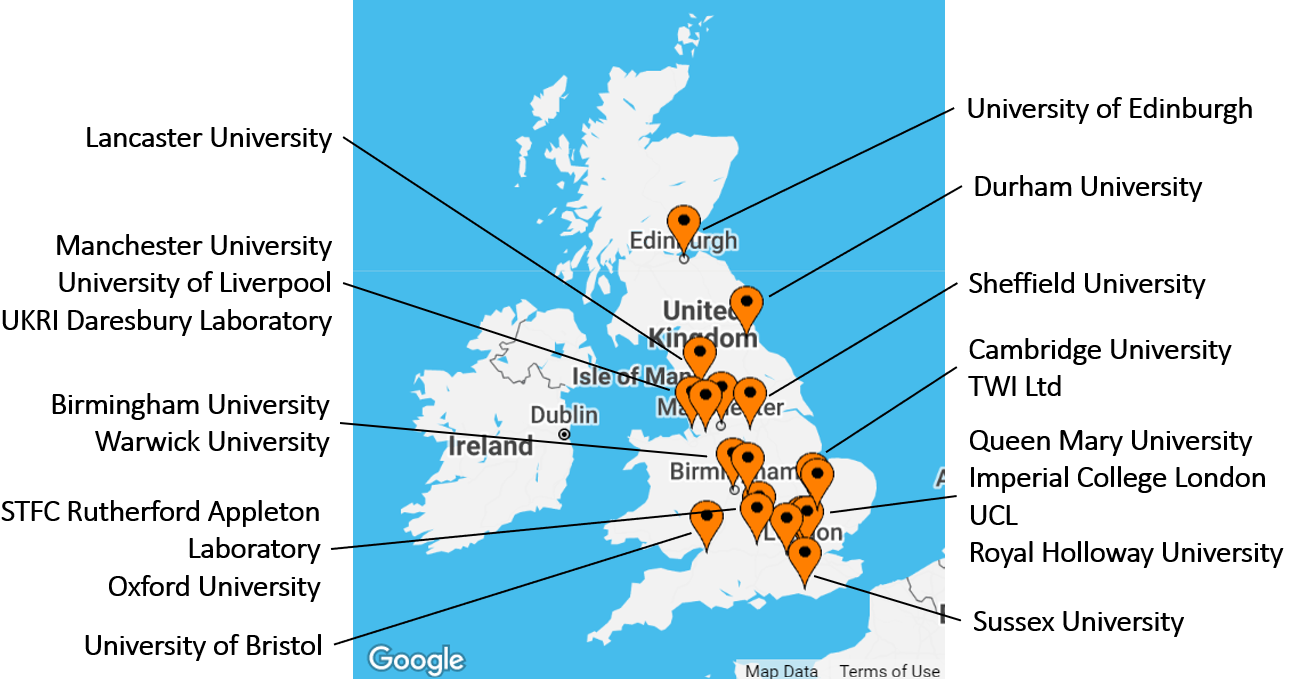 A brief overview of the experiment

Read more about the significant goals of the DUNE project using the following links: