In the past decade, speculation has become an increasingly widespread concept in disciplines across the sciences, arts and humanities. Its applications are as diverse as designing urban futures, studying geological phenomena and imagining future participatory politics. That speculative methods and practices often place importance on unpredictability would seem to make the approach unattractive to planning and design. However, speculation is increasingly deployed in shaping environments, policies, cultures and products in direct ways. As a consequence, there is growing interest in disparate, but often overlapping, conceptual, theoretical and practical elements of speculative research methods. As this cross-disciplinary pool of research about speculation grows, questions emerge about its potential, as well as its concrete ramifications.

Staying with Speculation calls for researchers and practitioners from any field, in which speculation is an operative concept, tool, method or other element of research practice. This will be the inauguration of SpecHub, a research group based at, Lancaster. The symposium will allow sharing of experiences and uses of speculation, as well as a writing retreat to build and plan collaborations. These will all be documented on the SpecHub website

The aim is to examine the implications and applications of speculative approaches in terms of dealing with core ethical, methodological and practical issues that we face in an era of volatile unpredictability. This is essential since, although there are discussions of speculation in design, sociological and philosophical literatures, exchange between researchers and practitioners is still quite rare – a phenomenon demonstrated by the lack of a coherent, shared vocabulary of and on the approach.

For expressions of interest or more information please contact Luke Moffat: l.moffat@lancaster.ac.uk by 1st May 2018. 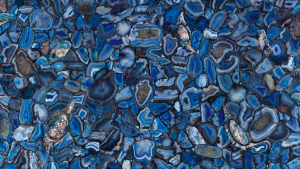