The Richardson Institute hosts a variety of events, including workshops and conferences, with other research institutions, charities and members of the public. These events form part of the Institute’s collaborative research and applied project activities.

This year’s peace lecture is given jointly by Palestinian academic Professor Sari Nusseibeh and TEDx speaker and author of The Lightless Sky, Gulwali Passarlay.

Sectarianism In the Middle East

On 19th June, the Richardson Institute is hosting a workshop exploring sectarianism in the Middle East. In light of increased violence in the region much of which appears to be occurring along sectarian lines, the workshop will engage with conceptual and empirical questions about the use of the term ‘sectarian’, with academics from King’s College London, the Universities of Durham, Leeds and St Andrews, the German Institute of Global Area Studies and Lancaster University participating. To attend, please email: s.mabon@lancaster.ac.uk

Lancaster University recently celebrated its 50th anniversary, and the Department of Politics, Philosophy and Religion wishes to revitalise Politics and /International Relations by bringing together the 50 finest young political minds (16 -17 year olds) to build towards the next 50 years of the University’s life and the next half century of UK Politics.

In this unique event, successful applicants will work with Politics academic staff and the Richardson Institute, the UK’s oldest Peace and Conflict Research Centre, over three days to produce a series of reports on the future of Britain as seen through the eyes of people entering into the world of politics.  The reports will be published by the Richardson Institute on its website, with executive summaries published in a variety of other forums.

For more information and details of how to apply, please see the flyer. The deadline for applications is 1st July 2015.

This conference was a celebration of and a showcase for the research work undertaken by the students on the Richardson Institute Internship Programme. The students, who worked on projects with organisations such as Maslaha and Radicalisation Research, presented their findings to a judging panel of several academics, and to other students interested in the Institute’s Internships Programme.

The projects recognised as ‘Outstanding’ and ‘Highly Commended’ by the judging panel will go forward to the next British Conference for Undergraduate Research event. 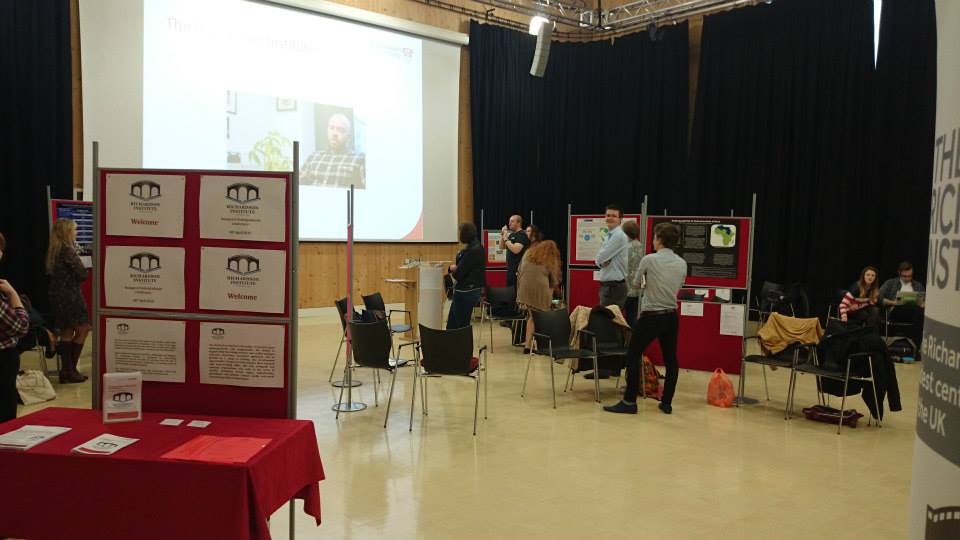 Dr Simon Mabon presented an introduction to ISIS and its support as well as the failure of the Syrian state to meet the basic needs of its people. Lucia Ardovini presented work on the geo-political response to ISIS focusing on states’ reactions to the crisis. Richardson Institute Interns then presented a more in-depth analysis on the impact ISIS has had on refugees and displaced peoples. This was followed by a Q&A session.

Richardson Institute Interns presented their work to lecturers and students. The research was being undertaken in collaboration with Dr Mathew Francis for publication on the Radicalisation Research website. The interns looked into radicalization in key global areas including North Africa, The Gulf, Sub-Saharan Africa and the Middle East.

This roundtable discussion event, which included Institute members Dr Simon Mabon, Dr Sossie Kasbarian and Dr Stephen Royle and was open to students, staff and interested members of the public, looked at aspects of how ISIS operate and the context in which they do so.

Politics of Peace Despite Economics of Austerity -21st June 2014

On 21st June 2014 the Richardson Institute held a public forum event to discuss peace in a time of economic austerity. The event featured a keynote address by John Battle.

Memories Without Borders is a unique Turkish-Armenian- Azerbaijani 54-minute documentary looking at the impact of trouble histories on the lives of individuals today. The event was chaired by Dr Sossie Kasbarian and featured the film-maker Laurence Broers, who has previously worked as a researcher at Amnesty International.

The Richardson Institute, in collaboration with the Politics Society and the LU Film Society, hosted a special screening of ‘The Matrix’. An introduction to the philosophical and political themes of the film was given by Dr Neil Manson.