As part of the RePhoKUs project, we have chosen three case-study catchments in the UK that are all suffering from phosphorus pollution to varying degrees. These catchments will be the focus of our work and will enable us to produce focused outcomes for these chosen locations. The catchments were selected based on the availability of historical datasets, ongoing monitoring programmes and existing stakeholder engagement networks. We are working alongside many partners to ensure our work is complementary to ongoing research activities and provides new insights into the management of phosphorus in these catchments that have distinctive biophysical and socio-economic characteristics.

Our study catchments include:

The Upper Welland catchment (460 km2) includes the River Welland, its tributaries upstream of Stamford, Leicestershire and the important reservoir and amenity site at Rutland Water. It is a rural catchment with mixed arable and livestock farming on clayey, under-drained soils and rolling topography, interspersed with the key towns of Market Harborough, Oakham and Stamford, and is comparable to many lowland areas of England. This catchment also includes two smaller focus sub-catchments at Loddington, the Eye Brook and Stonton Brook, which have been studied under the Water Friendly Farming scheme and other research projects that have involved partners such as the Game & Wildlife Conservation Trust, the Allerton Project and the Welland Rivers Trust. 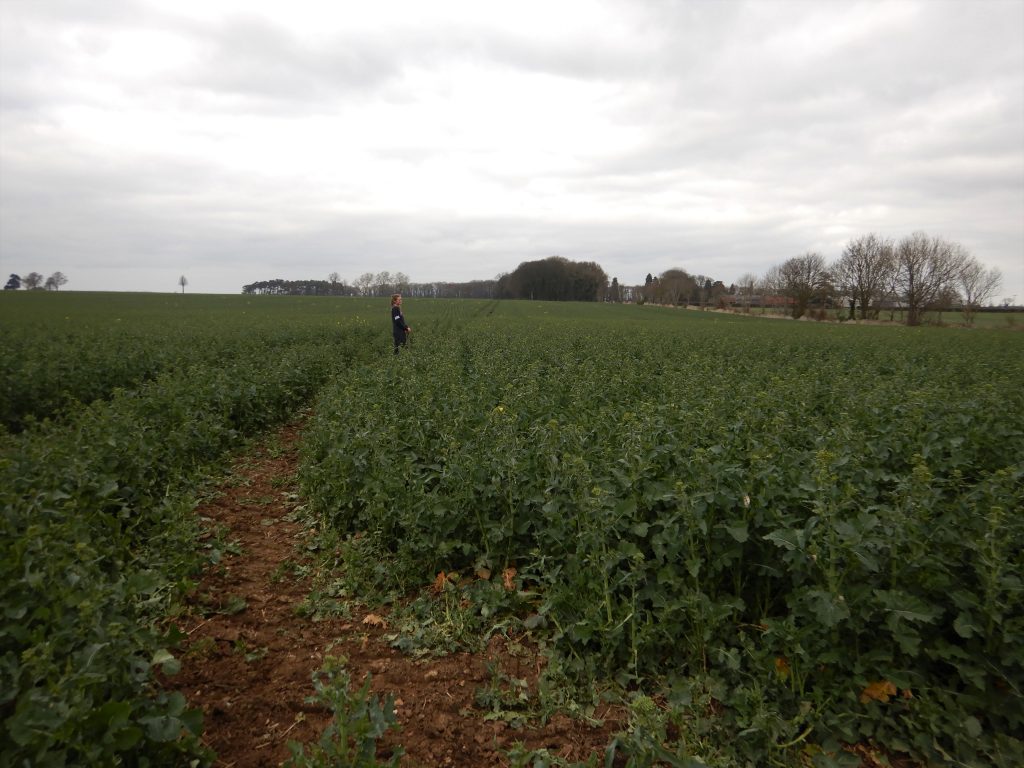 The Wye catchment spans areas of Herefordshire and Wales with its source in the Plynlimon mountain range and its mouth at the Severn estuary. Spanning a wide range of upland and rolling lowland riverine environments across 4017 km2, the catchment has mixed grassland and arable cropping (cereals, fruit, hops and potatoes) with hotspots of intensive poultry production and including the larger towns of Hereford, Leominster, Ross-on-Wye and Monmouth. The silty soils are phosphorus rich and highly dispersive meaning that land runoff into rivers can be very turbid. Water quality is failing due to phosphorus loadings and there has been much restorative and research activity in recent years, and which is currently ongoing thanks to the Wye and Usk Foundation and the wider Wye Catchment Partnership. 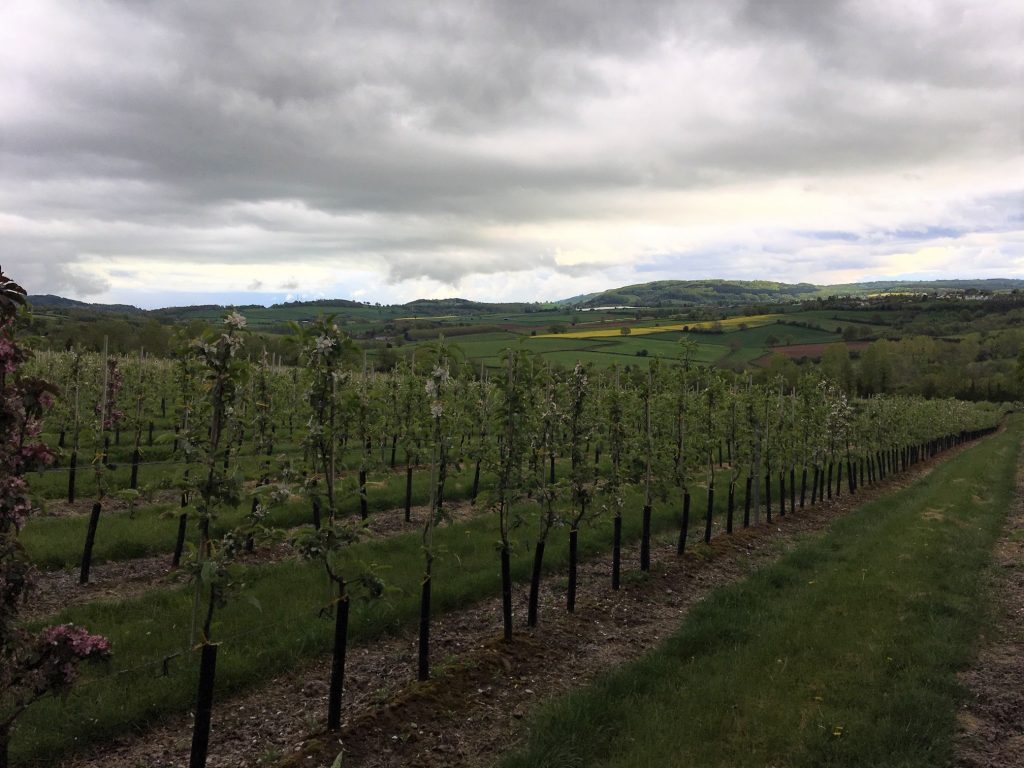 The Upper Bann catchment (258 km2) is in the south east of Northern Ireland spanning County Down and County Armagh. The river flows from the Mourne Mountains where it eventually joins Lough Neagh, the largest inland freshwater lake in Britain and Ireland. The Upper Bann is predominantly agricultural pasture (68%), with intensive dairy and beef farming in the lowland areas of the catchment, transitioning to mixed (beef and sheep) and sheep farming as you travel upstream towards the Mourne Mountains where there is a higher percentage of moorland and forestry. Arable farming is limited in the catchment, accounting for just 7% of the agricultural land use, and is concentrated in the lower sections of the catchment. Due to the predominance of surface water gleyed soils that are rich in clay and poorly drained, the Upper Bann is a ‘flashy’ catchment meaning the river responds rapidly to rainfall. 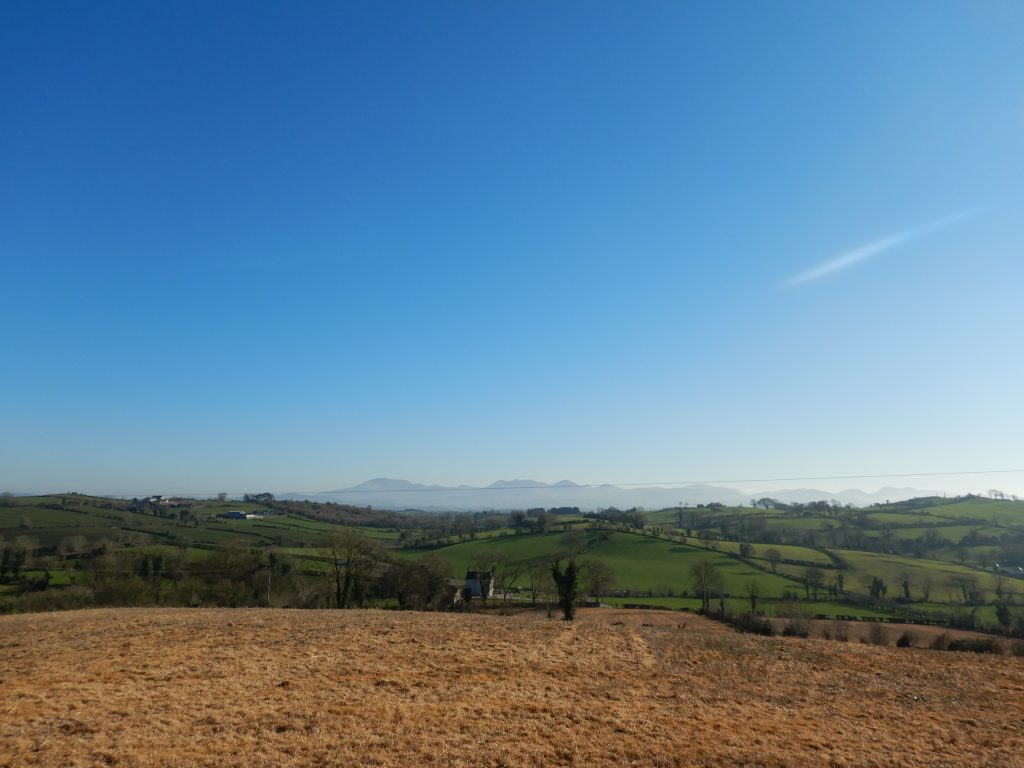