On June 5th researchers and artists who focus on mobilities met up at Lancaster University to present their work. Afterwards there was a workshop which taught the basics of using mobile physical computing systems such as Arduino. We were taught the basics of how to connect them to different components and to programme the boards. As a first year art student this was all very new to me but i was surprised at how simple and efficient the programming and also the range of possibilities this equipment allows. 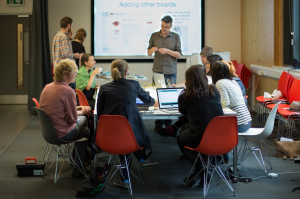 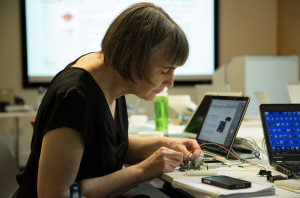 We were then split into groups to think of a wearable piece of technology and were given around 3 hours to design, create and program this product. Within my team were two guys who were very knowledgable about the equipment and programming which was useful knowing the limits of what we could do. Our product was a hat that made a beeping noise and started flashing as your head moved forwards, meant to be worn in lectures to prevent you from falling asleep. 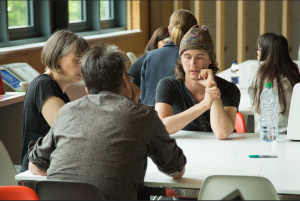 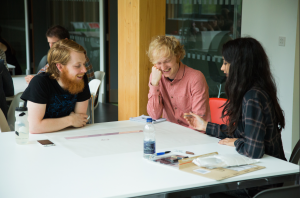 As a team we created our collaboration, our team used an accelerometer to track movement which then triggered the frequency of the buzzer within the hat and the lights. It was good to work in a team as we all had different strengths so we could learn from each other. Presenting our ideas to the other groups at the end was also interesting to see their ideas and development, some were for visual use, more to do with fashion and others more practical to do with safety such as detecting the movement of nearby vehicles. 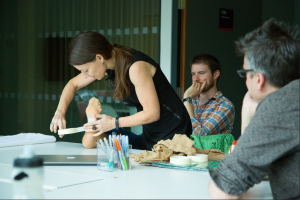 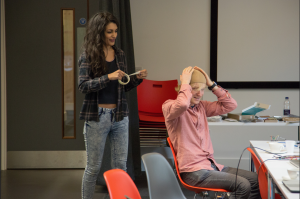