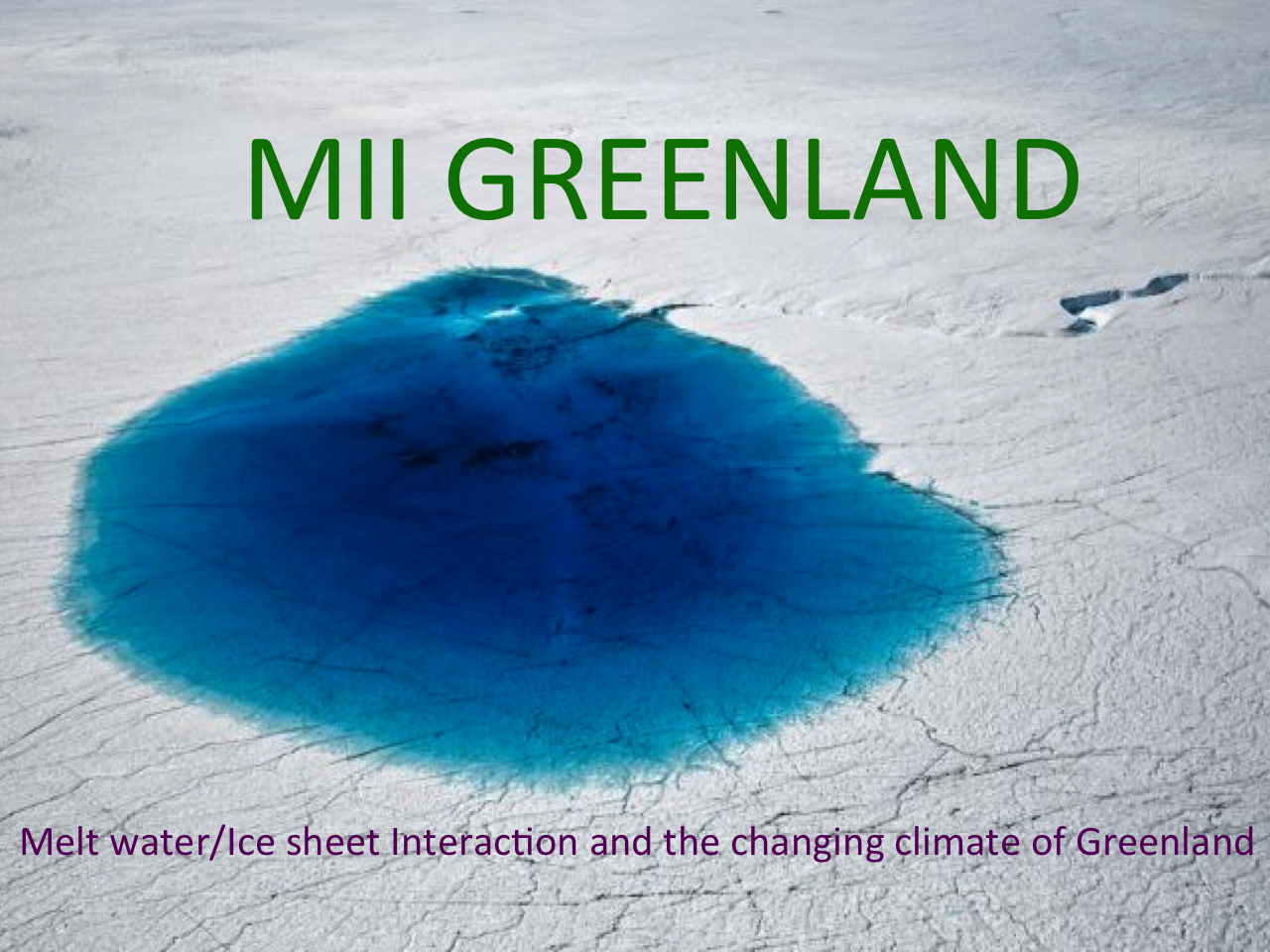 The Greenland ice sheet is shrinking as Earth’s climate warms. Melt water which runs off the ice sheet is expected to contribute ~10 cm to global mean sea level rise by 2100. Not only would this double the number of people that experience flooding worldwide, but the associated influx of fresh, nutrient-rich water to the ocean may also affect circulation, biogeochemistry and coastal/fjord ecosystems.

In addition to these direct impacts, the surface melt water runoff plays an important role in various feedback processes that affect the flow of the Greenland Ice sheet, i.e. how fast it moves. This water is routed underneath the ice through holes (moulins) and cracks (crevasses) in the ice surface where it lubricates ice flow, and drives speedup of ice motion on seasonal time scales. Through this mechanism, increased melt due to global warming could potentially lead to a sustained increase in ice flow, ultimately leading to a thinning and flattening of the ice sheet, exacerbating melting and mass loss.

It isn’t clear whether this will occur due to the complicated processes involved, but it is clear that we need to include these complicated processes in the models we use to predict future ice sheet change, for example ice sheet models whose results feature in the Intergovernmental Panel on Climate Change (IPCC) Assessment Reports. Until now, hydrological feedback processes are not included in these models because their evolution in space and time occurs at scales that are typically much smaller than that typically used in modelling.

Due to recent technological advances in adaptive mesh ice sheet modelling and high resolution remote sensing it is now possible to a) include small surface hydrological features in large ice sheet models and, b) acquire sufficient satellite data to calibrate and validate a model. The project MII Greenland is funded by the National Environment Research Council (NERC) to develop such a model. The model will be coupled to the state of the art BISICLES ice sheet model. Using the model and satellite observations we will try to answer three key science questions: