Lancaster University’s postgraduate social science community organised an online Intellectual Party/Summer Conference on 11th to 13th July 2022 from 1.00-6.00 pm This was the programme

This year’s winner of the three-minute thesis competition was Joana Salles, from Manchester University. ‘Ageing-in-place in a gentrifying neighbourhood: redefining spatial justice for older people through the urban commons.’ 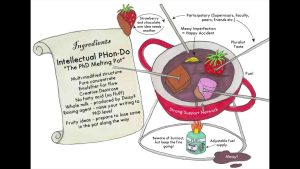 The Grand Finale is impossible to describe.  However, we can share some extracts from this event which focused on the importance of non-academic impact.

Finally, a few verses on impact

One from Bob and Daisy

Impact. Impact. I hear researchers say
A fancy translating game they do play
But please do not ever dismiss
The proper importance of this
As knowledge exchange is needed today

And one from Corinne, chief scientific advisor, and someone called William

If there be nothing new, but that which is
Hath been before, how are our brains embraced,
Which, labouring for invention, bear amiss
The second burden of an impact case!
O, that record could with a backward look,
Even of five hundred courses of the sun,
Show me your impact in some antique book,
Since mind at first in character was done!
That I might see what the old world could say
To this composed wonder of this frame;
Whether we are mended, or whe’r better they,
Or whether revolution be the same.
O! sure I am, the wits of former days
To subjects worse have given admiring praise.

As these images suggest, the event was a fine combination of interaction, networking, talking, listening, puzzling and fun. 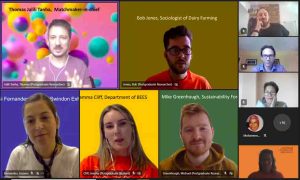 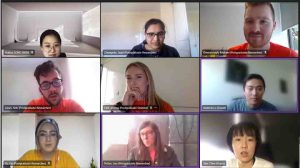 THANKS to all organisers, contributors and participants.