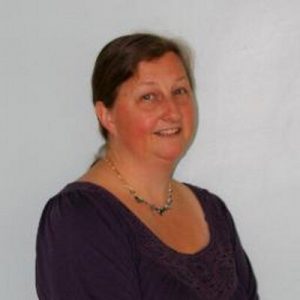 Jean is an Organisational Developer in the Human Resources Department. Her main areas of focus are Academic and Researcher development. She has responsibility for the Institutional HR Excellence in Research activities and the Vitae Concordat for the career development of researchers, she manages a portfolio of development activities and workshops and programmes including the Bonington Leadership Programme. Mentoring and coaching have featured heavily in Jean’s own development and she is an advocate for this style of professional development, as well as being a trained coach herself.

Mentoring: For Mentors and Mentees

This interactive workshop will introduce you to Mentoring, whether you are looking for a mentor or would like to mentor others. 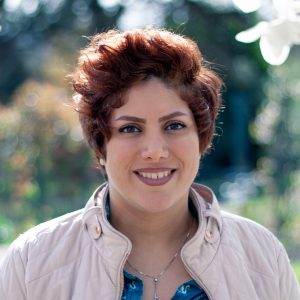 Dr Mozhgan Kabiri Chimeh is a GPU developer advocate at NVIDIA helping to bring GPU and HPC to growing user community in Europe and around the world. She is a community builder with a passion for open source software and is actively involved in the HPC and RSE communities. As a Software Sustainability Institute fellow, and Research Software Engineer (RSE) advocate, she is actively promoting reproducible and sustainable software, use of HPC and particularly GPUs through training, seminars, research software consultancy and outreach.

Prior to joining Nvidia, Mozhgan was a Research Software Engineer in Massive Scale Complex Systems Simulation with Accelerated Computing at the University of Sheffield, UK. She worked in the area of complex system modelling using emerging high-performance parallel architectures.

She is actively involved in outreach programs to encourage and empower minorities involvement at all levels within the HPC sector and is a long-standing Women in HPC volunteer, including leading WHPC’s workshop last year and this year at International Supercomputing conference.

Mozhgan holds a Ph.D. in computer science and a master’s degree in Information Technology from the University of Glasgow, UK.

There are many obstacles that women and non-binary people face in the workplace and specifically in HPC sector. We face challenges in leadership, ally-ship, promotion, salary, etc. Unfortunately, HPC is a male-dominated field and we are all trying to shift this by increasing awareness regarding diversity and inclusivity through training, tutorials, workshops. In this talk, I discuss the importance of inclusivity in workforce and present steps to promote diversity and inclusivity in communities such as HPC. 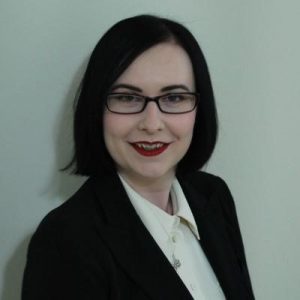 Dr Lynn Farrell is a Research Fellow at the School of Psychology, Queen’s University Belfast (QUB). She graduated with a PhD in Psychology from University College Dublin where she was an Irish Research Council scholar. Her research focused on the nature and malleability of implicit bias towards women in STEM. For this research, she was awarded the Student Spotlight award from the Association for Contextual Behavioral Science. Dr Farrell is currently part of the Research Team for the EPSRC funded ‘Inclusion Really Does Matter’ project based at QUB. Her research interests include the nature and malleability of gender bias and stereotypes, particularly in relation to STEM fields, and the application of Relational Frame Theory to social psychological phenomena. 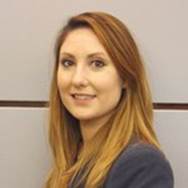 Saša currently works for the Institute of Physics as a coach on the Improving Gender Balance Project (IGB) and the Future Physics Leaders Project (FPL). The IGB project focuses on working with secondary schools to look at the role unconscious bias and stereotyping has on pupil subject and wider life choices. The FPL project works with teachers of science to promote diversity and inclusion in the science classroom in designated opportunity areas by the DfE. Saša has a background in teaching secondary science and has a passion for physics, diversity and inclusion.

Unconscious bias – a barrier into STEM?

We will be taking a look at how social and cultural influences can impact our choices including subject choice and career paths.

Mara is the AFBE external relations lead and a member of the England Executive board. She is a consultant with international experience (USA, Kenya, Zambia, Zimbabwe, SA) and over 10 years of professional experience. She is a qualified Systems Engineer who has managed and implemented complex projects in energy and transport, from feasibility to completion. She brings a wealth of experience of operation monitoring and due diligence advisory across sustainable development, renewable energy and transport. Mara is an active and contributing Member of the Institution of Engineering Technology and plays an active role in, Intelligent Transport Systems UK and AFBE activities. 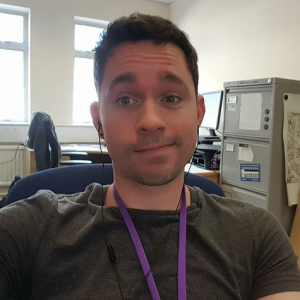 Dr Andrew Princep is the Keeley-Rutherford Junior Research Fellow in Physics, jointly employed by Wadham College Oxford and the Rutherford Appleton Laboratory. He is also a gay man. He received his PhD in Physics in 2012 from the Australian Defence Force Academy, where he studied the behaviour of rare-earth elements using x-rays. Subsequently, he spent 5 years as a postdoctoral researcher at Oxford University. He has also held a post as a Visiting Scientist at the Helmholtz-Zentrum Berlin. Andrew has contributed to a diverse range of experimental physics research using neutron and x-ray scattering to explore emergent electronic and magnetic phenomena in crystalline materials. In his spare time he enjoys boardgames, horror movies, and power-lifting.

Barriers to LGBTQI+ participation in research

LGBTQI+* people in STEMM** face a range of structural issues and biases which affect access to research funding, amongst other difficulties. These barriers include direct and indirect institutional discrimination as well as difficulties in professional networking. We have also found that there is limited data collected by the research councils in the UK on the experiences, funding applications, and awarded money for LGBTQI+ individuals in STEMM. This lack of awareness of funding applicants who identify as LGBTQI+ has led to a lack of inclusion and access for these minorities. Within the LGBTQI+ community there is a varied spectrum of experience, reflecting the various different identities and their intersection with other characteristics such as race, disability and gender. Our analysis of the literature, independent surveys and the experiences of individual research professionals in STEMM in the UK shows that the community experiences specific cultural and structural issues, that are especially significant for those who identify with a non-binary gender and/or as trans. We will discuss these issues in detail, and provide a set of key recommendations for funding and research organisations to adopt. Such organisations must prioritise raising visibility of LGBTQI+ individuals, eliminating both implicit and systematic biases against these minorities, having an equality, diversity, inclusion and accessibility (EDI&A) champion at a senior level, as well as embedding EDI&A as central facet of the senior management team. 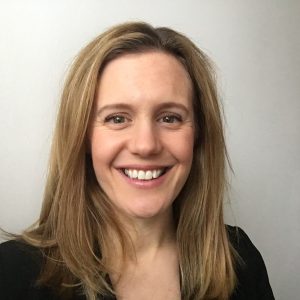 Polly Williams is the Head of Diversity and Inclusion at the Royal Academy of Engineering. Polly has a background in developing and delivering equality, diversity and inclusion (EDI) activities at both the strategic and operational level. Prior to joining the Academy, Polly worked for 6 years for the Royal Society, the UK’s national academy of science, leading several high-profile programmes including the Society’s diversity programme where she developed and implemented their first diversity strategy and programme of activity. Prior to this, Polly worked for Equality Challenge Unit as a Senior Policy Adviser advising EDI practitioners in higher education and she spent 5 years at the Equality and Human Rights Commission as a Specialist Adviser and then Policy Manager advising individuals and employers on discrimination legislation and assessing compliance with the Public Sector Equality Duty. Polly is also a Trustee for the MS Society.

Polly will share what the UK’s national academy for engineering and technology is doing to increase diversity and inclusion across the engineering profession and will share findings and recommendations from recently published research on the gender pay gap in engineering, highlighting the most effective evidence-based actions employers can take to address the retention and progression of women to more senior and higher-paid roles and close their gender pay gap.