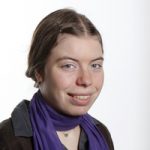 Katrina Navickas is Reader in History at the University of Hertfordshire. She was awarded a British Academy Mid-Career Fellowship 2018-19 for her current research project, A History of Public Space in England, 1700-2000. She is author of two monographs, Protest and the Politics of Space and Place, 1789-1848 (Manchester University Press, 2015) and Loyalism and Radicalism in Lancashire, 1798-1815 (Oxford University Press, 2009), and over 20 journal articles and book chapters. Her work seeks to promote the use of digital tools and digital humanities approaches within the standard methodologies of historical and cultural geographical research. In 2015, she was a winner of the British Library Labs competition, serving a residency with the Digital Scholarship department for a project, Political Meetings Mapper, using text-mining with Machine Learning to map democratic meeting sites in 1840s Britain. She has also a long-standing collaboration with Dr Sam Griffiths of the Space Syntax Lab, UCL Bartlett School of Architecture, on a project to use space syntax software to map 19th century English cities. She is a founding member of the Rural Modernism network, which is currently undertaking an Arts & Humanities Research Council funded project involving 3D modelling of 20th century heritage sites. For more details see: http://researchprofiles.herts.ac.uk/portal/en/persons/katrina-navickas(a554b074-f182-41d0-868f-4a75cdf5742c).html 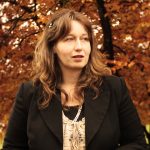 Barbara Piatti is an independent scholar and publisher, holding a PhD in German studies. After various research stays (Stanford University, USA; Christian-Albrechts-Universität, Kiel; Karls-Universität, Prague) she was appointed as Fellow at the renowned Wissenschaftskolleg zu Berlin, Institute of Advanced Study (2010/2011). From 2006-2014 she worked as a research group leader at the Institute of Cartography and Geoinformation, ETH Zurich. The project she initiated and conceived is entitled A Literary Atlas of Europe (http://www.literaturatlas.eu). Literature geography and literature cartography are among her central research interests. She has published widely and given numerous lectures in Europe and overseas, including opening lectures and public lectures, e.g. at UCLA, Los Angeles and McGill University in Montréal. She is the author of several books, dealing with landscape and literature, among them Die Geographie der Literatur. Schauplätze, Handlungsräume, Raumphantasien (2008) and Lake Lucerne and Mount Gotthard – like you have never seen this landscape before (2016). In 2013 she founded her own company, specialized on cultural mediation, producing thematic maps, exhibitions, festivals, digital platforms, radio plays, performances and much more. Her partners and clients come from a wide range of fields, such as graphic design, scientific illustration, landscape architecture, archaeology, regional development, urban planning, tourism, radio and theatre. She remains connected to the academic research networks, through teaching assignments, consulting mandates and publication activities. Barbara Piatti lives with her husband and two sons (born 2010 and 2014) in Basel, Switzerland. For more details see: http://barbara-piatti.ch