Safarnama is a free app through which digital heritage experiences can be downloaded and used. The aim of the project is to create an everyday, multi-media interface between the city’s present and many pasts. The experiences consist of points of interest with which a variety of data is associated. Each has a trigger zone and when app users are close, they will receive a trigger notification. Users will be able to explore texts, images and sounds in Hindi and in English, on-line or off-line and can use the app to create serendipitous encounters as they move across the city.

Ghadr se Azadi (Rebellion to Freedom), 1857-1957 explores the Great Revolt of 1857 and its violent suppression, the planning of the new imperial capital, the rise of the nationalist movement and independence in 1947.

Partition City Delhi explores the transformation of the city after the Partition of the subcontinent in 1947. Hundreds of thousands of refugees arrived in the city, were displaced within the city or left the city for Pakistan. New housing settlements were created, new businesses were started as displaced people began their new lives. 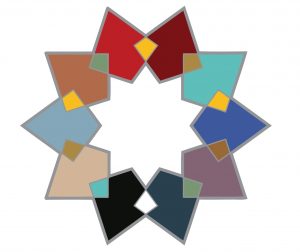 Safarnama app can be freely downloaded from Google Play and select ‘browse curated’.