John B. Appleby joined the Department of Politics, Philosophy and Religion at Lancaster University, as a research associate in 2016. He was previously at the Dickson Poon School of Law as a research associate from 2013-2016. His research background is in the field of bioethics, and he specialises in the ethics of reproduction. He graduated from the University of Toronto in 2008 with a BSc in bioethics (moral philosophy) and life sciences. In 2009 he graduated from NYU with an MA in bioethics. In 2014 he graduated from Cambridge University with a PhD in bioethics (moral philosophy). John’s doctoral research was carried out at the Centre for Family Research at the University of Cambridge and his research was made possible via a Wellcome Trust Studentship in Bioethics (which was part of a larger Wellcome Trust funded bioethics project led by Professor Susan Golombok).

John is now a Lecturer in Medical Ethics at Lancaster University. 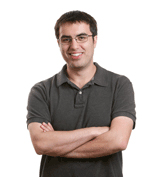 Reuven Brandt joined the department of Politics, Philosophy and Religion at Lancaster University in January 2015.  His primary research interest was the structure of responsibilities towards children that arises in assisted reproduction.

He received a BA from the University of Victoria, and an MA and PhD from Western University.

Sarah Carter-Walshaw graduated with a BA in Philosophy from Roehampton University in 2011 and from the University of Leeds in 2013 with an MA in Health Care Ethics. She then completed a PhD in Bioethics and Medical Jurisprudence at the University of Manchester in 2017.

Sarah’s principal research interests regard the ethical, social, and legal implications of emerging biotechnologies and interventions. She is also interested in the implications of the use of in vitro gametogenesis for reproductive purposes in socially infertile persons and in ethical issues raised by pronatalism. 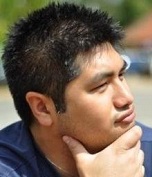 Dr Hane Maung is a philosopher with interests in the conceptual, metaphysical, and ethical problems in medicine. He joined the Donation and Transfer of Human Reproductive Materials research project at Lancaster University in 2017. Before his career in philosophy, he qualified in medicine and specialised as a psychiatrist in the National Health Service.

Hane attained his PhD in Philosophy from Lancaster University in 2017. In 2014, he completed an MPhil with distinction in Philosophy and Ethics of Mental Health at the University of Pretoria. Before this, he graduated from the University of Cambridge with an MB BChir in Medicine in 2008, and a BA (Hons) in History and Philosophy of Science in 2005. He holds an MRCPsych from the Royal College of Psychiatrists.

Hane is now a Leverhulme Trust Fellow in Philosophy at the University of Manchester. 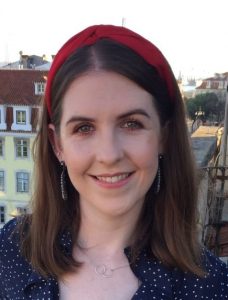 Laura joined the Department of Politics, Philosophy and Religion at the University of Lancaster in January 2019. Her research background is in the area of medical law, family law and bioethics. Her main research interests are the ethics and regulation of reproduction and assisted reproductive technologies, and changing conceptions of parenthood and the family in law. Laura holds an LLB in English Law with French Law and an LLM in Health Care Ethics and Law from the University of Manchester. She is currently finishing her PhD at Manchester where she is a President’s Doctoral Scholar.

César Palacios-González joined The Dickson Poon School of Law as a research associate in 2015. His research background is in philosophy. He graduated from Universidad Panamericana in 2008 with a BA in Philosophy, the National Autonomous University of Mexico in 2012 with an MPhil in Philosophy, and The University of Manchester in 2015 with a PhD in Science Ethics.

Her academic background is in philosophy and law and she has published widely in the field of reproductive ethics and law. Her first book, Rights, Duties and the Body: Law and Ethics of the Maternal-Fetal Conflict (Hart Publishing, 2002) was shortlisted for the Society of Legal Scholars Prize for Outstanding Legal Scholarship in 2002. In 2007 she published Choosing Between Possible Lives: Law and Ethics of Prenatal and Preimplantation Genetic Diagnosis (Hart Publishing).

Katherine Wade joined the Dickson Poon School of Law as a Postdoctoral Research Associate in 2015. Her research background is in the area of medical law, bioethics, human rights and children’s rights. She holds a BCL from the National University of Ireland, Galway and an LLM from University College Cork. In 2015, she graduated with a PhD in law from University College Cork. Her thesis explored the legal and ethical issues in the context of clinical trials with neonates and made recommendations for reform in Ireland based on international children’s rights law. Katherine’s current research focuses on human rights and children’s rights perspectives in the area of assisted reproduction, with particular reference to reproductive donation. Katherine has been a visiting scholar at a number of institutions in Europe and the US including the Brocher Foundation, Geneva, St Louis Law School, Missouri and Emory Law School, Atlanta. In March 2014, she was a Yale-Hastings Visiting Researcher.

Katherine is now a Lecturer in Law at the University of Leicester.

Stephen Wilkinson joined the Department of Politics, Philosophy and Religion (PPR) at Lancaster University in 2013.  Prior to that, he was Professor of Bioethics in the School of Law at Keele University and Director of Keele’s Research Centre for Law, Ethics, and Society (CLES).

Since 2003, most of his research has been on reproductive ethics and the regulation of reproductive technologies.  A book on this topic, Choosing Tomorrow’s Children: the ethics of selective reproduction (Oxford University Press) was published in 2010.

His current research focuses on issues such as egg sharing and payments for egg donors, mitochondrial replacement, surrogacy, and uterus transplants.

Nicola Williams joined the Department of Politics, Philosophy and Religion at the University of Lancaster in September 2014. Her research background is in the fields of Philosophy and Politics and her main academic interests lie in questions of reproductive ethics, personal identity and intergenerational justice.