1.  Flash Boys, Michael Lewis – One of Michael Lewis’s epic bestseller tells the outrageous story of the multi-millionaires and whizz kids who scammed the banking system in the blink of an eye – and the whistleblowers who tried to stop them. 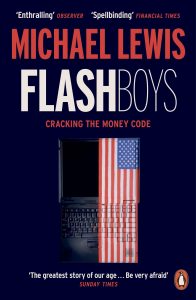 2. The great Crash 1929, John Kenneth Galbraith – Examines the causes, effects, and long-term consequences of America’s infamous financial meltdown, showing how rampant speculation and blind optimism sustained a market mania, and led to its terrible downward spiral. This book describes the people and corporations at the heart of the financial community, and how they were affected by the disaster. 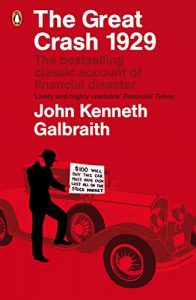 3. The Big Short, Michael Lewis – The real story of the crash began in bizarre feeder markets where the sun doesn’t shine and the SEC doesn’t dare or bother, to tread: the bond and real estate derivative markets where geeks invent impenetrable securities to profit from the misery of lower – and middle-class Americans who can’t pay their debts. The smart people who understood what was or might be happening were paralyzed by hope and fear, in any case, they weren’t talking. 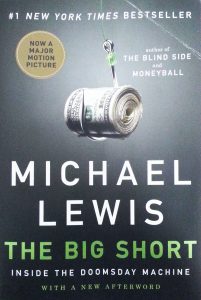 4. More money than god, Sebastian Mallaby – Wealthy, powerful, and potentially dangerous, hedge-find managers have emerged as the stars of twenty-first-century capitalism. Based on unprecedented access to the industry, more money than god provides the first authoritative history of hedge funds. This is the inside story of their origins in the 1960s and 1970s, their explosive battles with central banks in the 1980s and 1990s, and finally their role in the financial crisis of 2007-9. 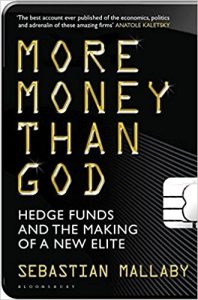 5. Liar’s Poker, Michael Lewis – The original story of hysterical greed and excessive ambition, one that is now more potent and enthralling than ever. This book follows the journey that was Michael Lewis’s pell-mell progress through the dealing rooms of Solomon Brothers in New York and London during the heady mid-’80s when they were probably the world’s most powerful and profitable merchant bank. 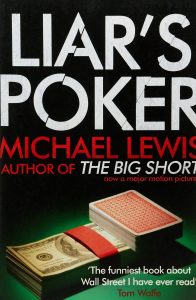 View all posts by Emma Lever