Celebrating the written and spoken word 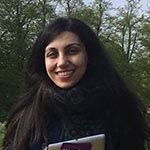 Ghadeer is a fourth-year PhD student in English Literature at Lancaster University.

Her PhD project focuses on the dramatic works of Harold Pinter. She particularly uses Pinter’s plays as a means for reading and interpreting the interrelationship between the ethical and the political. Ghadeer develops this by drawing chiefly on theories of alterity, hospitality and postsubjectivity in the work of Emmanuel Levinas and Jacques Derrida. Jo Baker is the author of six novels, including the international bestseller Longbourn, currently in development as a motion picture with Studio Canal. Her work has been translated into 21 different languages; her most recent novel, A Country Road, A Tree was named a book of the year in The Guardian and The New Statesman. She also writes short stories and poetry.

She lives in Lancaster with her husband, the playwright Daragh Carville, and their two children. Carol Birch is from Manchester. She has lived in London and Ireland, and now lives in Lancaster. She is the author of eleven novels including The Naming of Eliza Quinn, Come Back Paddy Riley, Turn Again Home (longlisted for the Man Booker) and Jamrach’s Menagerie (shortlisted for the Man Booker 2011). Her latest book is Orphans of the Carnival (Canongate 2016). Daragh Carville is a playwright and screenwriter. His plays include Language Roulette (Tinderbox Theatre Company, 1996/7), Observatory (Peacock, 1999), Family Plot (Tinderbox, 2005), This Other City (Tinderbox, 2009), The Life and Times of Mitchell and Kenyon (Dukes Theatre Lancaster / Oldham Coliseum, 2014) and History (Tinderbox, 2016).

Work for radio includes Regenerations (BBC Radio 3, 2001), which was nominated for the Richard Imison Award, and Dracula (2003) starring Michael Fassbender.

Daragh Carville has won both the Stewart Parker and the Meyer Whitworth awards for playwriting. He teaches Scriptwriting at Birkbeck, University of London, and is currently working on a number of projects for TV, theatre, film and radio, including a major new drama series for BBC Northern Ireland. (Photo John Baucher) 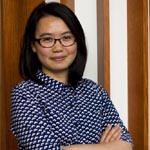 Zen Cho was born and raised in Malaysia. She is the author of Crawford Award-winning short story collection Spirits Abroad and editor of anthology Cyberpunk: Malaysia. She has been nominated for the Campbell Award for Best New Writer and honour-listed for the Carl Brandon Society Awards for her short fiction. Her debut novel Sorcerer to the Crown (Ace/Macmillan), about magic, intrigue and politics in Regency London, won a British Fantasy Award for Best Newcomer and was a Locus Awards finalist for Best First Novel. She lives in London. 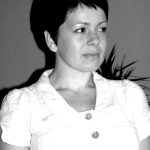 Sarah Corbett has taught on the Distance Learning MA in Creative Writing at Lancaster University since 2009. She is a poet, with four collections of poetry published to date, her most recent, And She Was, a verse-novel, was published by Pavilion Poetry/Liverpool University Press in 2015. A Perfect Mirror, her fifth collection of poems is forthcoming from Pavilion in 2018.  Sarah’s first collection, The Red Wardrobe (Seren, 1998) was shortlisted for the Forward Best First Collection Prize and the TS Eliot Prize, establishing her as one of the most daring poets of her generation. Sarah was awarded an Eric Gregory Award for Poetry in 1998, is a graduate of the MA in Creative Writing at UEA, and holds a PhD in Critical and Creative Writing from Manchester University. 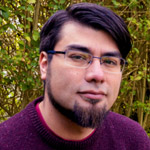 Oscar Delgado is originally from San José, Costa Rica. In 2014, he moved to England to undertake an MA in Creative Writing at Lancaster University, and he is currently writing a novel for his PhD in Creative Writing at the University of Nottingham, researching the ways in which a text can act as a melting pot for genres, cultures, and identities. His fiction has previously appeared in Revista de Lenguas Modernas, Costa Rica, and in Nebula Rift, USA. Dr Clare Egan is a Lecturer in Medieval and Early Modern Literature at Lancaster University researching the performance of identity through drama of all forms during the early periods. The main focus of this study is the performed nature of the social phenomenon of libelling during the early modern period. Prior to her post at Lancaster University, Clare was a Research Assistant at the University of Huddersfield researching environmental problems in medieval and early modern England. Clare completed her AHRC funded PhD in February 2015 at the University of Southampton where she then worked as a Visiting Lecturer in Early Modern Drama and the Law. Michael Greaney is Senior Lecturer in the Department of English Literature and Creative Writing at Lancaster University, where his research focuses on fiction from the early nineteenth century to the present day. He is the author of Conrad, Language and Narrative (2001) and Contemporary Fiction and the Uses of Theory (2006). He has a long-standing interest in artistic representations of sleep, and has published widely on exhaustion, laziness and the sleeping body in literature and culture. Sleep and the Novel: Jane Austen to the Present, which traces a novelistic history of the sleeping body from the Regency sofa to the twenty-first-century sleep lab, is forthcoming. Inés G. Labarta is a published author and CW PhD student at Lancaster University. Her publications include three novels and two novellas. She researches the links between Ireland and Spain by writing three novellas that mix languages and genres. She’s a steering member of the Centre for Transcultural Writing and Research. More information can be found here. 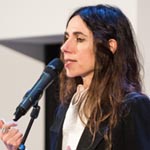 PJ Harvey has released nine critically acclaimed albums, been nominated for seven Grammy Awards, and is the only artist to have been awarded the UK’s prestigious Mercury Prize twice (Stories from the City, Stories From The Sea and Let England Shake). Her current album, The Hope Six Demolition Project, reached #1 in the UK Album Charts. Harvey’s first collection of poetry, The Hollow of the Hand, in collaboration with photographer Seamus Murphy was published by Bloomsbury (2015). She is currently working on poems for a new collection. For more details see: http://pjharvey.net 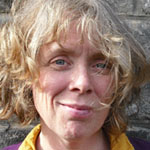 Sarah is a poet who makes artistbooks about Morecambe Bay and the things we find in the sea. She has been running writing workshops for all ages for years. More information about her can be found at www. sarahhymas.net 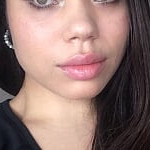 Danielle Jawando is an Associate Lecturer in Creative Writing at Manchester Metropolitan University. She is also writer-in-residence with New Writing North. In 2016, Danielle was selected as one of the six finalists for the ‘We Need Diverse Books’ short story competition, which was judged by Random House and Crown. Danielle’s short story ‘Paradise 703’ was longlisted for the Finishing Line Press award and was published by NAWE in 2012. Danielle has previously worked on Coronation Street as a storyline writer, and has had her plays: Q, Jump and O’Donoghu’s Wife performed. She is currently writing her first YA novel about teen mental health and suicide (two topics which she feels incredibly passionate about). 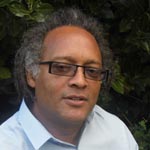 Pete Kalu is an award winning playwright/poet and author of the Hope Road YA novels, The Silent Striker and Being Me. He was recently named by Speaking Volumes as one of the top 40 Black British writers. He is an AHRC Scholarship PhD researcher in Creative Writing at Lancaster University. 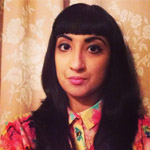 Coco Khan lives in London where she currently works as a journalist for The Guardian. Her short fictional memoir, ‘Flags’, featured in The Good Immigrant (2016), and won individual praise from The Spectator, Vice and the BBC. She is currently working on her first book. 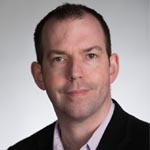 Mark Knight is Senior Lecturer in the Department of English Literature and Creative Writing at Lancaster University, where he specialises in Victorian literature and the relationship between literature and religion. He is the editor of The Routledge Companion to Literature and Religion (2016), and his next book, Good Words: Evangelicalism and the Victorian Novel, should be out in the second half of 2018. Having spent much of his life living and working in London, Mark went to Canada in 2012 and spent four years teaching at the University of Toronto before returning to the UK to take up his post at Lancaster. 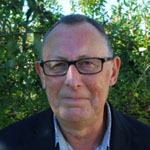 Ian Martin is an Emmy award-winning comedy writer and producer. His screen credits include The Death of Stalin, The Thick of It, Veep, Time Trumpet and In The Loop. He writes regularly for the Architects’ Journal and the Guardian. An anthology of satirical columns, Epic Space, has just been published by Unbound. His book The Coalition Chronicles is published by Faber. Ian has lived in Lancaster since 1988. 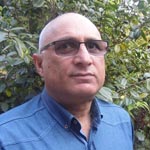 Assistant Professor of Creative Writing, American University of Beirut.
Short Biography: Tariq is an award-winning writer and Film-maker. His novels include, Hand On The Sun (Penguin), While There Is Light (Comma) and his latest, You’re Not Proper (Hope Road, 2015). This is set in an English town seething with Islamophobia. This novel won the Francis Lincoln Diverse Voices award. He is the co-director of the award-winning documentary film Injustice. Tariq teaches at the American University of Beirut, Lebanon. 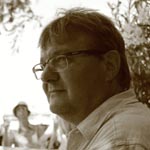 Dr Karl Möller is Principal of Initial Ministerial Education at Cumbria Christian Learning where he also teaches biblical studies and spirituality. Prior to taking up this post in September 2016, Karl taught at the University of Cumbria, the University of Gloucestershire and the Open Theological College.

Karl’s specialism lies in the Old Testament. His PhD thesis presented a rhetorical-critical reading of the Book of Amos, and Karl has authored and edited several books and articles on a range of biblical texts and biblical interpretation more generally. His current interests include the Song of Songs, sexuality and spirituality; and biblical-theological perspectives on migration, seeking sanctuary and hospitality.

Having grown up in the north of Germany, Karl and his wife Maja came to the UK in 1994. They have two children, Tobias and Sarah, and Karl’s other interests besides biblical studies are cooking, good literature and football (German, of course). 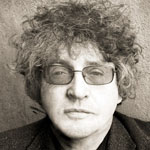 While her research interests are varied, she mainly works on the cultural politics of early-modern translation, embodiment, emotions and mythology. 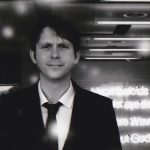 Eddie Robson is a regular writer for 2000AD, and has also written comics for Captain America, Doctor Who and Teenage Mutant Ninja Turtles. His sitcom, Welcome To Our Village, Please Invade Carefully, ran for two series on BBC Radio. He has written episodes of Hollyoaks, The Amazing World of Gumball, Floogals and Sarah & Duck for TV, and for radio he’s written sketches for Mitchell and Webb and over a dozen episodes of Doctor Who. His other work includes a play, Beauty And The Beast, and a novel, Tomorrow Never Knows.

Dr Candice Satchwell is Reader in Education and Literacies at the University of Central Lancashire, and Principal Investigator for the AHRC-funded project entitled ‘Stories to Connect With’ which helps disadvantaged children create ‘phygital’ community artefacts to share their life-narratives of resilience and transformation. 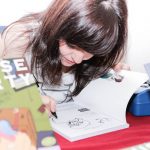 Rachael Smith is the creator of graphic novels House Party, The Rabbit, and Artificial Flowers, as well as web-comics Ask Flimsy and Bess. Most recently she has released an autobiographical comic called Wired Up Wrong. Smith is currently writing her new book and working on her monthly strips for Titan’s Doctor Who: Tenth Doctor comic series. More information can be found at www.rachaelsmith.org Catherine Spooner is Reader in Literature and Culture at Lancaster University. She specialises in Gothic literature, film and popular culture with a particular emphasis on fashion. She is the author or co-editor of six books including Fashioning Gothic Bodies, Contemporary Gothic and Post-Millennial Gothic: Comedy, Romance and the Rise of Happy Gothic. Andrew Tate is Reader in Literature, Religion and  Aesthetics at Lancaster University. He has published  widely in the field of literature, theory and  spirituality. His books include Contemporary Fiction  and Christianity and Apocalyptic Fiction.